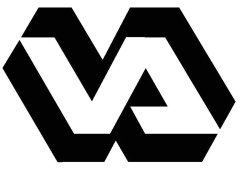 The heads of the agencies that provide health care and disability benefits for thousands of New Mexico veterans say they are making progress in reducing wait times for medical appointments and speeding up decisions on disability claims despite myriad challenges.

Andrew Welch, director of the New Mexico VA Health Care System, and Chris Norton, regional director for the Veterans Benefits Administration, said they and their staffs have made notable improvements in the past two years and that veterans are beginning to see the results.

The VA came under heavy scrutiny and scathing attacks – from veterans and Congress – in 2014 after an investigation found some VA hospitals were using “phantom” appointment lists to hide the lengthy waits veterans were enduring to get medical services. Many VA administrators received bonuses based on the erroneous lists.

The scandals led to the resignation of VA Secretary Eric Shinseki and demands for change.

Meanwhile, veterans’ claims for new or expanded disability benefits were backlogged for months, in part because of the influx of new veterans from wars in the Middle East.

Cynthia Archuleta, who assists Veterans of Foreign Wars members with disability claims, said her clients are telling her they have seen improvements over the past couple of years.

“The veterans who I talk to who have had issues with the VA in the past have since come forward and told me that things have significantly changed” for the better, Archuleta said.

“For the most part, they’re happy. Nothing is perfect, but they’re definitely seeing a change. They’ve noticed, for example, that if someone isn’t able to help them at the moment, they’re referred to someone else within 10 to 15 minutes, and that person is able to help them.”

Norton, who took over the regional benefits office 2½ years ago, said in a recent interview that a “perfect storm” hit the VA two years ago: a slow recovery from the Great Recession; an influx of new veterans from the wars in Iraq and Afghanistan – about a third of whom are living with post-traumatic stress disorder; the aging of veterans who fought in World War II, Korea and Vietnam; and the expansion of benefits for veterans exposed to the defoliant Agent Orange.

“My arrival here dovetailed with what I would say was not the VBA’s best, most shining moment,” Norton said.

At the same time, the Veterans Benefits Administration was in the process of switching from a paper-based system to a digital system.

“For the first 15 years of my career, we were working with paper files that dated back to post-World War II. Our processes hadn’t changed since then, and we had stacks and stacks of file cabinets that took up an entire floor. … We have since gone completely electronic and all our ‘paper’ is now digital,” he said.
Moving faster

Last month, it was taking his office an average of 130 days to reach a decision – or about five days longer than the VBA’s stated goal.

The regional office has also whittled down its claims backlog, he said.

“Two years ago, we had about 3,000 veterans waiting more than 125 days. Today, we have about 950, and when we finish our fiscal year (at the end of September) that will be down to about 350 – and we’ll continue to chip away at that backlog,” he said.

Norton, who has a staff of 104, said the regional office currently ranks 13th among the 56 regional offices nationwide for timely decisions and 21st in the accuracy of rating decisions.

Welch, who has headed the New Mexico VA Health Care System since December, said he and his approximately 2,400 employees have hammered away at the frustratingly long waits veterans had to endure to get medical services.

In July 2014, the average waiting time for primary medical care appointments was 14.07 days, he said. As of last month, that had been reduced by nearly half to 7.45 days.

The fly in the ointment has been the average waiting time for mental health appointments, which increased from 8.5 days last summer to 11.2 days today.

“Part of that has to do with some of the vacancies we’ve had,” Welch said, noting that finding the right personnel in the highly competitive medical care field is proving particularly difficult.

“Just finding the right type and number of medical providers is a little bit of a challenge for us … and we’re not alone in some of those challenges. On one hand, we’re staffed well in mental health … but for what we want to be able to provide, we’re still a little bit behind,” he said.
Filling vacancies

A recent analysis by USA Today found that the Veterans Health Administration has 41,500 vacancies for doctors, nurses and other medical professionals despite its widely publicized recruitment efforts.

Welch said NMVAHCS currently has 86 openings for medical professionals. More than half of those are for nurses.

Welch credited some of those reductions to the new Veterans Choice Program – which allows veterans who can’t get an appointment within 30 days, or who live more than 40 driving-miles from a VA facility, to get care from a local health care practitioner – and to telemedicine, which links patients with health care providers via computer. Both have reduced the need for in-person appointments at VA facilities.

Norton and Welch said a key to getting veterans what they need is hiring veterans, many of whom have been down the same road as the people they serve.

Norton said more than 75 percent of his regional office employees are veterans and, of those, 45 percent have a service-connected disability.

“I believe that having such a high percentage of our employees that have served and experienced the process that our claimants are going through has allowed us an even greater veteran-centric focus in fulfilling our mission,” he said.

Welch said about one-third of his employees are veterans and some are National Guardsmen or reservists.

“They understand military service and what that means, and they can relate to our veterans in a special way,” he said. “Working for the VA is kind of a call, a mission, and our staff answers that call every day.”

http://www.stripes.com/nm-veterans-receiving-benefits-care-faster-1.365355
Posted in these groups:

SGT Mark Stevens
Posted 6 y ago
Depends on how you look at their reports and what numbers are left out to make them look good. VA slight of hand has gotten really good at only showing what they want you to see and hiding the bad info, such as the huge backlog of appeals due to low balling veteran claims.
(1)
Comment
(0)

LCDR Rabbah Rona Matlow
Posted 6 y ago
The VA (VBA) has pushed hard to clear the backlog. With electronic claims filing and fully developed claims (where all info is provided so the VA doesn't have to chase after treatment records and other evidence) have greatly streamlined the process. They've also made internal changes so the claims get handled less and worked more. This was starting when I had to leave Service Officer work.

I'm grateful that veterans don't need to wait up to 2 years now for their rightfully earned disability benefits...
(1)
Comment
(0)

MAJ (Join to see)
Posted >1 y ago
I retired in 2014 and believe that the military and VA simultaneously worked my disability case. I started receiving VA funds a couple months after my retirement.
(0)
Comment
(0)
Show More Comments
Read This Next
RallyPoint Home