Can you wear the combat patch of a unit you were attached to?

SSG (Join to see)
157K
139
116
17
17
0
Never really seen this till this deployment I am on and I'm around alot of units here.
I hear seen a total of 8 Soldiers with 82d ABN combat patches on, and all 8 I asked what unit where they with in the 82d, all of them said "I was attached to the 82d ABN in combat", then of course I knew the answer, but asked anyways "what unit were you assiged to? Or was the 82d just your higher HQ in country", and of course it was the latter.
My question is why don't Soldiers want to wear their own unit patches? And yes, it does irritate me Soldiers that have never been assigned to the 82d are able to wear it just because the 82d was their higher HQs (even though I'm tracking its authorized).
I'm not trying to sound like I think my unit is the best conventional unit in the Army (even though it is), I just feel Soldiers are trying to give off an appearance they they served with a certain element when they didn't.
Posted in these groups:

Actually SSG Maravi the Soldiers are not allowed to wear the 82nd patch regardless of being attached to them. I agree with you that Soldiers should take pride in the organization they are apart of. My last deployment I supported a lot of great organizations but the work I was doing in mine was great as well.

A DEPLOYED UNIT (COMPANY OR HIGHER) WILL WEAR THEIR UNIT S SSI AS THE SSI-FWTS. THIS IS TRUE REGARDLESS OF WHETHER THE HEADQUARTERS ELEMENT DEPLOYS, AND REGARDLESS OF THE NUMBER OF CHANGES TO THE UNIT S ALIGNMENT OR OPERATIONAL CONTROL (OPCON) DURING THE PERIOD OF DEPLOYMENT.

The only exception to this is if they deploy as single elements. I had to pull this ALARACT info out a lot my last deployment cause units were making promises to the individual signal teams supporting bigger elements.

SPC Eric Hamilton
5 y
88 at fort drum you had to be light fighter qualified which included airborne, air assault, light infantry and extreme cold training. I take allot of pride in my unit and yes definitely feel an affinity toward the patch and anyone wearing it.
(0)
Reply
(0)

For example...when I deployed to Afghanistan in 2002 as a Vertical Platoon Leader, my Engineer Group wore the same SSI as the State Headquarters. Therefore, I wear the SSI of the lowest echelon unit that we served under which was the 82nd. When I deployed again in 2007 to Iraq as a company commander, the Engineer Group still wore the state headquarters patch and therefore am allowed to wear the 35th Engineer Brigade Patch. While on that same deployment, the Engineer Group became an Engineer Brigade and was authorized its own unique SSI. Once that happened...every Soldier in the now Engineer Brigade...would only be allowed that specific SSI as their SSI-FWTS.
(3)
Reply
(0)

SSG (Join to see)
>1 y
I read that too, but it's not retroactive. I am from a signal unit that supported 3rd ACR in OIF I and OIF III, we were told that we had to wear 3rd ACR's patch or 22nd Signal Patch, since they were the signal controller of the theater at that time. So according to what I read I still have to wear those patches, being that it is not retroactive.
(0)
Reply
(0)

SFC Domingo Martinez
>1 y
SSG John Erny - The 25 ID was the same way with the exception that we were actually airlifted flown around a couple of time and then we were brought back and told to stand down. First, we were locked down drew weapons and ammo, transported to different airfields and then we might either be told to stand down, exercise terminated or we would go airborne for a spin then come back and told to stand down. This was taking place in 1973-'74 during the Vietnam era when I was stationed at Schoefield Barracks, Hi. I'm sure there were other units that did the same.
(1)
Reply
(0) 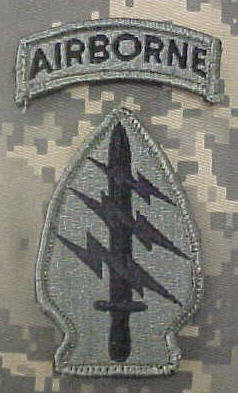 I used to see so many non-SF personnel wearing this SF combat patch that I stopped counting. I'm obv in no position to say who should and shouldn't wear it (as long it's within regs), but I'm just saying...when you see people who are on the complete opposite end of the spectrum from SF wearing that combat patch, you have to wonder what some SF people actually think.

If I was ever in a situation where, by regs, I was authorized to wear an SF combat patch along with 1 or more alternate patches, I would not wear the SF patch. It just wouldn't feel right in my stomach. Who else has thoughts about this? I know everyone who has been in the Army for a bit has seen examples of this.
(9)
Comment
(0)
show previous comments

MAJ Ronnie Reams
4 y
Peacetime, I was assigned to USASFC, not flash qualified, but was attached for RQA to USASOC DCSIM and wore the USASOC patch on left shoulder and USASOC flash on maroon Beret even though I was leg. Is this still how it works in CONUS?
(0)
Reply
(0)

CPT Adam W. Dillon
3 y
Having been in that community and the Q, my first combat experience was as a PSYOP team leader in an SF ODB in direct contact missions on SF ODAs. You learn in those situations that everyone has a different skill set that contributes tot he mission accomplishment. In Ar Rutbah we had a 10th Mountain infantry company attached for security and we augmented them into ODAs for missions. They were not SF, but did a non-tabbed SF mission and did it well. We made sure to let them know they earned the patch and not to let anyone ever give them flack for it. I can wear a few SOCOM patches that no one probaly recognizes like the USASFC SSI, but sometimes will rock the 3rd Army just because of the history.
(2)
Reply
(0)

SGT (Join to see)
2 y
I concur. People always ask me why I don't want a SFG assignment and I always tell them, if I'm not going to be wearing a green beret, there's no need for me to go over there. There's just not. It's a pride thing. If I were in regiment, I would but the structure is completely different. You'll get your gun going regardless.
(1)
Reply
(0)

CPT William Jones
12 mo
Depending on time I would think some of the staff people at the higher headquarters with positions like clerks would be assigned to the unit ie. 5 th group etc. I had a staff sgt in my unit at ft hood that wore a SF patch and was not SFQualified he had memo in his records.
(0)
Reply
(0)

1LT (Join to see)
Edited 6 y ago
Posted 6 y ago
Let's take a moment and reference the actual policy (ALARACT 055/2007) instead of promulgating the wrong information. MFRs 'authorizing' you wear of a SSI are wrong and not legit.

All you need are IA orders, TCS orders that put you with a certain unit in a designated combat zone...none of this MFR, ERB, 30-day in country 'patching' crap.

SUBJECT: AR 670-1, 3 FEB 05, WEAR AND APPEARANCE OF ARMY UNIFORMS
AND INSIGNIA
1. THIS MESSAGE SERVES AS IMPLEMENTING INSTRUCTIONS FOR CHANGES
TO THE WEAR POLICY OUTLINED IN AR 670-1, APPENDIX F, SHOULDER
SLEEVE INSIGNIA-FORMER WARTIME SERVICE (SSI-FWTS).
2. SINCE 1945, THE INTENT OF THE WEAR OF THE SSI-FWTS HAS BEEN TO
DENOTE SOLDIERS PARTICIPATION IN COMBAT OPERATIONS, AS DIRECTED
BY THE SECRETARY OF THE ARMY, WHILE SERVING WITH LARGE ECHELON
DEPLOYED UNITS. BASED ON THE WAY UNITS ARE CURRENTLY DEPLOYING,
THE WEAR POLICY FOR THE SSI-FWTS MUST BE REVISED TO CLEARLY
CAPTURE THE WARTIME RELATIONSHIP WITH FIGHTING UNITS ON THE
GROUND.
3. THIS POLICY CHANGE IS EFFECTIVE IMMEDIATELY AND IS NOT
RETROACTIVE.
4. THIS GUIDANCE APPLIES TO SOLDIERS OF ALL COMPONENTS (ACTIVE,
ARNG, AND USAR) THAT DEPLOY DURING PERIODS OF SERVICE DESIGNATED FOR WEAR OF THE SSI-FWTS, IN ACCORDANCE WITH AR 670-1, PARAGRAPH
28-17.
5. THERE IS NO TIME-IN-THEATER REQUIREMENT TO BE AUTHORIZED TO
WEAR THE SSI-FWTS.
6. A DEPLOYED UNIT (COMPANY OR HIGHER) WILL WEAR THEIR UNIT S SSI
AS THE SSI-FWTS. THIS IS TRUE REGARDLESS OF WHETHER THE
HEADQUARTERS ELEMENT DEPLOYS, AND REGARDLESS OF THE NUMBER OF
CHANGES TO THE UNIT S ALIGNMENT OR OPERATIONAL CONTROL (OPCON)
DURING THE PERIOD OF DEPLOYMENT.
7. WHEN ECHELONS BELOW COMPANY LEVEL DEPLOY, MEMBERS OF THESE
UNITS WILL WEAR THE SSI OF THE LOWEST ECHELON DEPLOYED UNIT
(COMPANY OR HIGHER) IN THEIR NEW DEPLOYED CHAINS OF COMMAND AS
THEIR SSI-FWTS.
8. WHEN THERE IS NO INTERMEDIATE UNIT (COMPANY OR HIGHER) IN THE
DEPLOYED CHAIN OF COMMAND, DEPLOYED SOLDIERS WILL WEAR THE SSI OF THE SENIOR ARMY COMMAND IN THE THEATER AS THEIR SSI-FWTS.
9. SOLDIERS WHO ARE CROSS-LEVELED, ASSIGNED, ATTACHED, OR
AUGMENTING DEPLOYED UNITS, AND SOLDIERS WHO ARE TDY ON ORDERS
THROUGH THE USE OF DD FORM 1610 (REQUEST AND AUTHORIZATION FOR
TDY TRAVEL OF DOD PERSONNEL) WILL WEAR THE SAME SSI-FWTS WORN BY MEMBERS OF THEIR DEPLOYED UNIT (COMPANY OR HIGHER) TO WHICH
ATTACHED OR OPCON. THIS DOES NOT APPLY TO MEMBERS OF TRIAL
DEFENSE AND CIDC, WHO WILL WEAR THE SSI OF THEIR RESPECTIVE
COMMANDS AS THEIR SSI-FWTS.
10. SOLDIERS AUTHORIZED TO WEAR MORE THAN ONE SSI-FWTS MAY CHOOSE WHICH SSI-FWTS THEY WEAR. SOLDIERS MAY ALSO ELECT NOT TO WEAR THE SSI-FWTS.
11. PRECEDENCE WAS ESTABLISHED IN VIETNAM FOR ELEMENTS ORGANIC
TO, OR AN INTEGRAL PART OF AN ORGANIZATION TO WEAR THE
ORGANIZATIONAL SSI AS THEIR SSI-FWTS.
12. SOLDIERS ATTACHED OR OPCON TO OTHER SERVICES ARE NOT
AUTHORIZED TO WEAR OTHER SERVICES PATCHES AS THEIR SSI-FWTS
WITHOUT WRITTEN APPROVAL FROM THE DCS, ARMY G-1 OR A DELEGATED
REPRESENTATIVE.
13. POC FOR UNIFORM POLICY IS SGM K. EASLEY, DSN 225-5287; COMM.
[login to see] . E-MAIL IS [login to see] .MIL.
14. THIS MESSAGE HAS BEEN APPROVED BY THE DCS, G-1.
15. THIS AUTHORITY IS EFFECTIVE IMMEDIATELY.
16. EXPIRATION. THIS MESSAGE WILL EXPIRE UPON NEXT PUBLICATION OF
AR 670-1.
17. EXPIRATION DATE CANNOT BE DETERMINED.
(7)
Comment
(0) 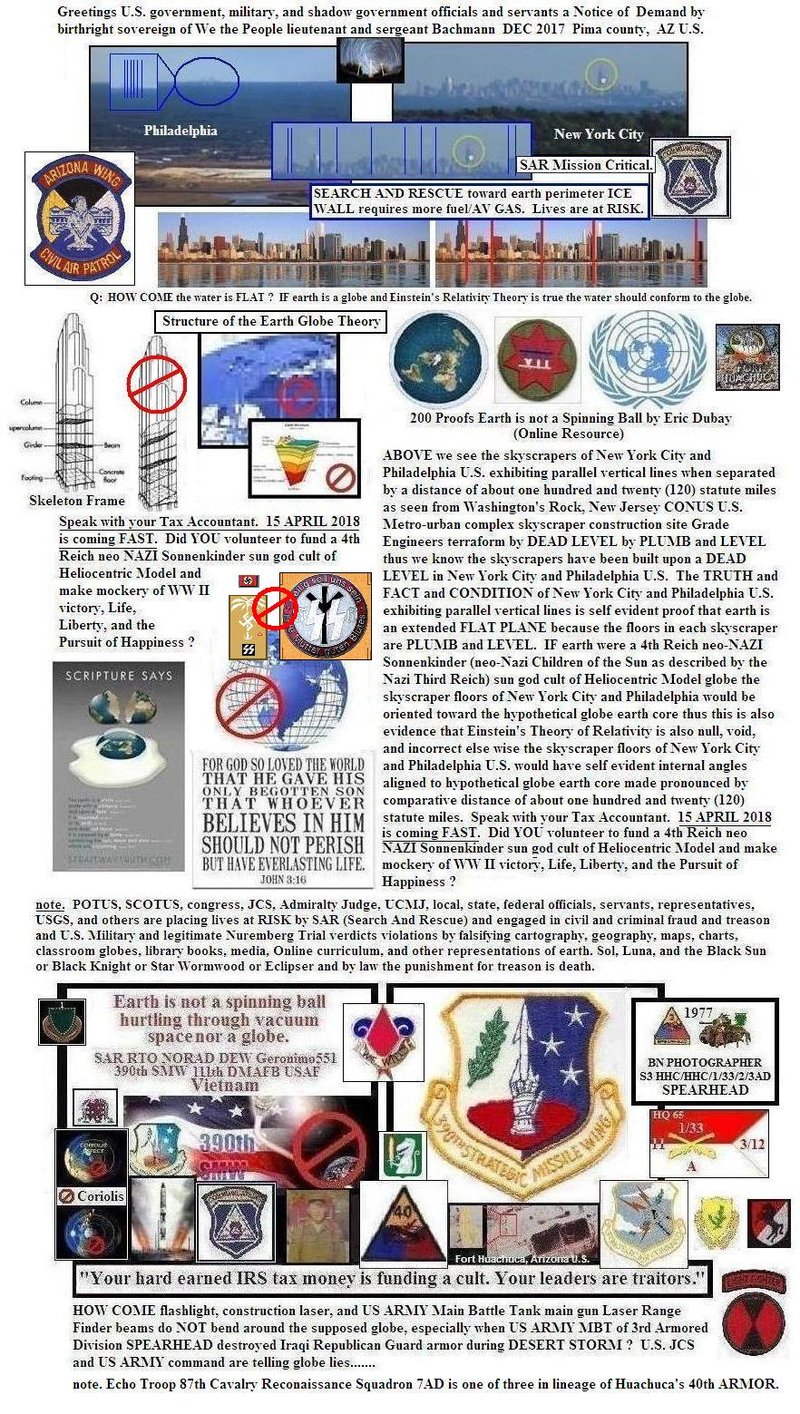 SGM Patrick Crouse
2 y
Can someone please help me.

I have a guy says he was in Korea for 30 days. He is applying for VFW membership. Anyone having 30 days is in Korea is now eligible to join the VFW. Congress passed that in 2014. Everybody now gets a medal or trophy. Kind of cheap buy in to be a “Veteran Of Foreign War”. Anyhow it is what it is.

Here is the rub...no 30 days is recorded on DD 214...under foreign service. No medal was awarded for Korean Service. The DA Form 2-1 does not have it recorded and the entry for duty assignment reads TDY Souel Korea from 9511 to 9511. Apparently the TDY is least than 30 days.

There are no attachment orders in Records. If TDY was 30 days or more he would have been attached for Administration, quarters, rations and UCMJ.

I want to deny his application for not meeting 30 days [cumulative]. Army criteria is clear 30 days for any credit or medal. If one has 28 days that is a no go. AM I being a prick here?

I am a former Army Career Soldier 69 to 97. I forget a lot of stuff but I think I am right
patrick82nd@@gmail.com
(0)
Reply
(0)
Show More Comments
Read This Next
RallyPoint Home