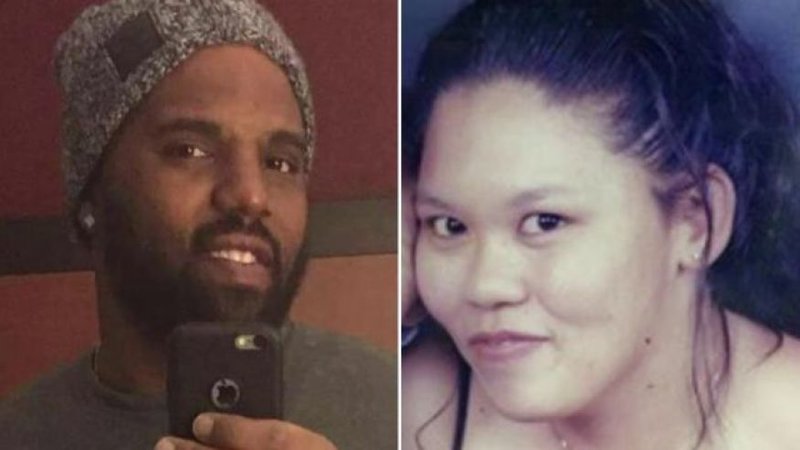 The two civilians killed in Friday's shooting at a Colorado Planned Parenthood clinic were identified by authorities and family members on Sunday.

Jennifer Markovsky, 35, was accompanying a friend to the Colorado Springs Planned Parenthood clinic when she was killed in the shooting rampage, her father told The Denver Post.

John Ah-King said she grew up in Hawaii and met her husband, Paul, before the couple moved to Colorado when he was stationed here for the military.

Ah-King told the Post from his home in Hawaii that Markovsky was a kind-hearted, lovable person with two children.

Butler said that Stewart was accompanying someone to the clinic, and leaves behind two girls, 11 and 5, who live in Texas.

Stewart served in the Army's Fourth Infantry Division and was deployed to Iraq, where Butler said he would often send her letters describing the horrors he saw on the front lines.

"He would tell me how terrible it was, how many guys he watched die. It was terrible for him," Butler told the Associated Press. The Army stationed Stewart at Fort Carson in Colorado Springs in 2013 before he was discharged from the military the following year. "He went someplace where people expect to die, only to come back ... and be killed."

Butler said she last spoke to her friend on Thursday, when he sounded upbeat to be spending Thanksgiving with friends.

"He was just a standup guy, he would take a bullet for you," Butler said. "He was the most sincere person I'd ever met."

Markovsky and Stewart’s identities were confirmed by officials, who said a full identification would be provided once autopsies were completed Monday.

The third victim was Garrett Swasey, who worked as a police officer at the University of Colorado, Colorado Springs and was called to assist with an active shooter at the nearby clinic.

Swasey was married with two children and a co-pastor at Hope Chapel, where he was remembered Sunday by parishioners who watched a video of him ice skating.

Former figure skating champion Nancy Kerrigan told media outlets Sunday that Garrett Swasey was "one of my best friends" as they grew up together practicing figure skating in Melrose, Mass. Before he became a police officer, Swasey was a junior national couples ice dancing champion.

An emotional Kerrigan says she wasn't surprised he took a career path where he helped others first. She says he always had fun and did everything with a smile.

Swasey moved to Colorado in the 1980s to pursue competitive figure skating, his father told The Boston Globe. He became a police officer six years ago, around the time his daughter was born, 73-year-old David Swasey said.

As a skater, Garrett Swasey won a national championship in the junior ranks and competed in the U.S. Championships at least three times, his father said.

Meanwhile, accused gunman Robert Lewis Dear, 57, was due to make his first appearance in court Monday as speculation continued to mount over what motivated the attack and how authorities would prosecute the suspect. Colorado Springs police on Sunday said they would not disclose any information on the motive for the attack, guaranteeing further speculation.

The head of the clinic where the shooting took place said in a statement Saturday that the man held anti-abortion views.

“We are learning that eyewitnesses confirm that the man who will be charged with the tragic and senseless shooting that resulted in the deaths of three people and injures to nine others at Planned Parenthood’s health center in Colorado Springs was motivated by opposition to safe and legal abortion,” Planned Parenthood Rocky Mountain CEO Vicki Cowart said.

“This is an appalling act of violence targeting access to health care and terrorizing skilled and dedicated health care professionals.”

A law enforcement official also told the Associated Press that Dear made a “no more baby parts” remark following his arrest Friday. The official said the remark was part of a rambling statement that investigators are parsing to understand the reasoning.

The law enforcement official who recounted Dear's statement spoke on condition of anonymity because the official was not allowed to publicly discuss the ongoing investigation. The official said the "no more baby parts" comment was among a number of statements he made to authorities after his arrest, making it difficult to know his specific motivation.

Still, U.S. Attorney John Walsh said investigators have been in touch with lawyers from the Justice Department's Civil Rights and National Security divisions, suggesting officials could pursue federal charges in addition to state homicide ones. One possible avenue is the 1994 Freedom of Access to Clinic Entrances Act, which makes it a crime to injure or intimidate clinic patients and employees.

"The case may fit the criteria for a federal domestic terrorism case, but based on my experience, I would be very surprised if this is not simply a local prosecution," said Colorado Springs Mayor John Suthers, a former U.S. attorney and state attorney general. "Murder charges will be more than adequate on the local level."

http://www.foxnews.com/us/2015/11/30/civilians-killed-in-planned-parenthood-shooting-identified-as-mother-2-iraq-war/?intcmp=hpbt3
Posted in these groups:

SCPO David Lockwood
Posted 5 y ago
This guy needs to be locked away for a very loooooooong time!
(3)
Comment
(0)

SFC Joseph Weber
Posted 5 y ago
I'm surprised the terrorist was taken into custody after killing a cop.
(2)
Comment
(0)

PO3 (Join to see)
Posted 5 y ago
So? We should take away 1st and 2nd amendments? is that the answer? lol why everything is politic ... sigh ...
(1)
Comment
(0)
Show More Comments
Read This Next
RallyPoint Home