Do you agree with the premise of this article that "white people will always be racist?" 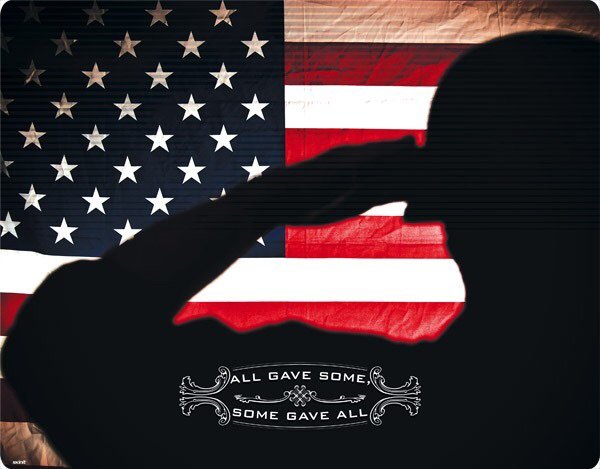 I think this article is a bunch of hooey. As I read it in more detail, I can see where this author is coming from. I just don't happen to agree with the analogy she uses.
Read on and let me know what you think.

Whites are continually put into the position of forever having to prove the negative, that they’re not racists. This is impossible. And that’s the point.

Now that South Carolina has taken down the Confederate flag flying on statehouse grounds, MSNBC is drumming the five whose state flags incorporate “Confederate themes.”
They continue to prove liberals are never satisfied. We fought the Civil War. We ratified the Fourteenth Amendment. We have the Civil Rights Act of 1964 and the Voting Rights Act of 1965. The civil-rights movement was a success. Now, we have South Carolina pulling down the Confederate flag. But it’s still not enough. And Hillary Clinton agrees.

http://thefederalist.com/2015/07/10/why-white-people-will-always-be-racists/?utm_source=The+Federalist+List&utm_campaign=dac896f1f8-RSS_The_Federalist_Daily_Updates_w_Transom&utm_medium=email&utm_term=0_cfcb868ceb-dac896f1f8-83810921
Posted in these groups:

This is a subject that is very near and dear to me for a lot of personal reasons.

No. I don't put a blanket label on anybody. I have heard and seen that enough.

SSgt (Join to see)
6 y
I get the impression that the poverty pimps exploit all sides in this matter and furthermore I believe that many of these actually do what they do symbolically and have no real intent on changing things. sad///
(4)
Reply
(0)

SSG Warren Swan
6 y
I don't believe it's in anyone's DNA to be "racist". I do believe it's in everyone's DNA to be prejudiced against something. Being prejudiced against something is far different than being a racist. My mother doesn't like Purple, and goes out of her way to avoid it. My brother isn't a fan of pink clothing. That is being prejudiced. Someone not liking a particular race is then racism. These are my takes on those words and I could be wrong, and I invite corrections on it. I see this article as propaganda and loosing credibility as soon as the totalirism(SP) label is thrown around. If we as a country want to really progress racially in a constructive manner, we need to have the HARD conversations without bias and be open to other viewpoints. This way we can LEARN from the other and not hold ill will towards another. I talked with a SGM over the flag debate and while we didn't see eye to eye on everything, the fact that we were able to talk about it openly with no hard feelings towards the other IS the way this nation needs to go. We're not the only ones that have done this, but MORE need to do it.
(3)
Reply
(0)

SrA James Cannon
>1 y
I think that people of all races have an equal potential to be racist or not racist. I've heard folks state that they couldn't be racist because they were black, Hispanic, or some other group. I've also heard folks state that only white people can be racist. I know some white folks who are racist, and I know some folks of every ethnicity out there who are racist as well. Some more or less so than others. I think a lot of people of all races are in denial of their own racist tendencies. No group, in my opinion is immune to the possibility of being racist.
(3)
Reply
(0)

But, I think she is saying here title is not true, but rather it is message some are trying promulgate.

I grew up in the NY/NJ Metro area, never left (aside from New England and Canada for Hockey) until I joined the Army. Black was part of my world, and that was my normal. My HS was 60% or more black... That was my world.

I arrived at Basic Training/OST... and I am in D-11-4, and find myself in a bay with 40 dudes... and many had never seen, been around, or let alone sleep in the same room with a black Soldier... About 20% of the platoon/company was black. That was surprising to me. And, when I first considered, or realized, people around the US see things differently. And, that not all white dudes were like minded...

Racism goes in every possible direction, but unfortunately I would argue if asked people (random sample) their prevailing definition and example would be Whites discriminating against blacks. Ask and EO representative in the Army. Try and make an EO complaint if you are white. I am tired of this perspective this narrative, and the whole white privilege angle too.

I have always treated everyone with dignity and respect regardless of their sex, color, race, national orientation, etc. I have judged people on their character and their own merits. But, I can say the reverse had not always been true...

Despite my efforts at being always fair and dealing with everyone and everything on its own merits, still I was accused of being racist more than once - because I gave a black NCO or Officer an substandard evaluation, or because of a particular deposition of UCMJ or administrative action result... Always by an African American, never by a white Soldier or any other race or demographics. If I did not get the right OER, award I wanted... could I make a similar complaint? BS, I say again.

I spent, as some know, 39 months flagged as a result of a referred (bad) OER I gave a LT who was involved in a sexual assault (more than one it turned out). It was first investigated at the installation level because of his EO and IG complaints, and was not founded. Nevertheless, it eventually ended up at the DAIG Whistleblower Reprisal Branch, where eventually they charged me with a myriad of offenses, and a few more for good measure. The LT was black, my XO was black, my Brigade Commander was black (They were all in the same club/fraternity locally - only for black officers), and so too was the Colonel in charge of the DAIG Whistleblower Reprisal Branch; he and my Brigade Commander were in the same ROTC class at Howard University... Things that make you go hmmm. I should be tainted by that, but what good would that do? Imagine if I wanted to start a club, just for white officers...

I eventually filed a counter complaint with the DODIG against my Commander and the DAIG. That is when I first heard the term... The "Army's Dirty Little Secret" which meant reverse racism was alive and well in the Army, everyone knew it, and no one would address it. I had peers who had similar issues... as me too...

In the end, the DODIG overturned everything, stating "the DAIG erred in its findings, and that all of its witness, were less than credible." The Colonel from the DAIG was removed, as was his civilian deputy... My boss retired... and the XO... he faded into obscurity, and finally the LT was passed over for promotion to Major, and was shown the door.

This is BS SGT (Join to see), and I tired of the same old story. There are more minority racists in my view, than white guys who are racists... That is simply an untrue and unfair hasty generalization. As many have said, and know, racists come from everywhere, and you can't just stereotype and generalize. We should be better than that. We need to attack the culprits, not the entire group... Ahhhhh!!!!

I am also sorry SGT (Join to see) and everyone, for the diatribe and my rant...
(16)
Comment
(0)
show previous comments

CSM Charles Hayden
6 y
Thank you, COL Charles Williams. I wondered about that 39 month flag. I must say, your 'rant'; aka sharing a travesty with RP causes me to question the process. I am sorry for your personal persecution, the failure of due process and the damage to your otherwise stellar career.
(1)
Reply
(0)

COL Charles Williams
6 y
CSM Charles Hayden - Hooah... It all turned out Ok... The process is broke and geared to screw with leaders, officers and NCOs; high payoff targets to them... they seem to enjoy it. In the end, all I lost was time.
(2)
Reply
(0)

CPT (Join to see)
Edited 6 y ago
Posted 6 y ago
When I was very young I saw a sign and it left an indelible impression on my young mind. I've thought about it many times. The sign read (I think): When you are born you are pink, when you grow up you are white, when you are sick you are green, when you are cold you are blue, when you are hot you are red. And you call me colored. This made me think that we need to treat each person as an individual. We need to get past seeing each other as being black, white, brown, yellow, red, slant eyed, oval eyed, broad nose, narrow nose... I believe we can live together and not let our differences define how we relate to each other. We need to not play into he hands of those that want to create division - division will bring our country to it's knees. Is that what you want? We need to stop breeding hate because of physical differences and start building our nation because we are Americans.
(9)
Comment
(0)

SGT (Join to see)
6 y
CPT (Join to see), I agree 100%. Now how are we going to accomplish this?
I've written, kids aren't born racist, but they are raised racist, and the cycle will continue until one day, a kid thinks, "I like those people. They're not anything like what I was taught." Then it seeps in to the others kids, their heritage was wrong about the different races. Will that ever happen? Who knows? But, that doesn't mean it isn't possible. I never thought I would like a Vietnamese person, ever. I hated all of them. It's taken 50 years, but I've come around, and what I thought all those years was foolish.
(1)
Reply
(0)
Show More Comments
Read This Next
RallyPoint Home