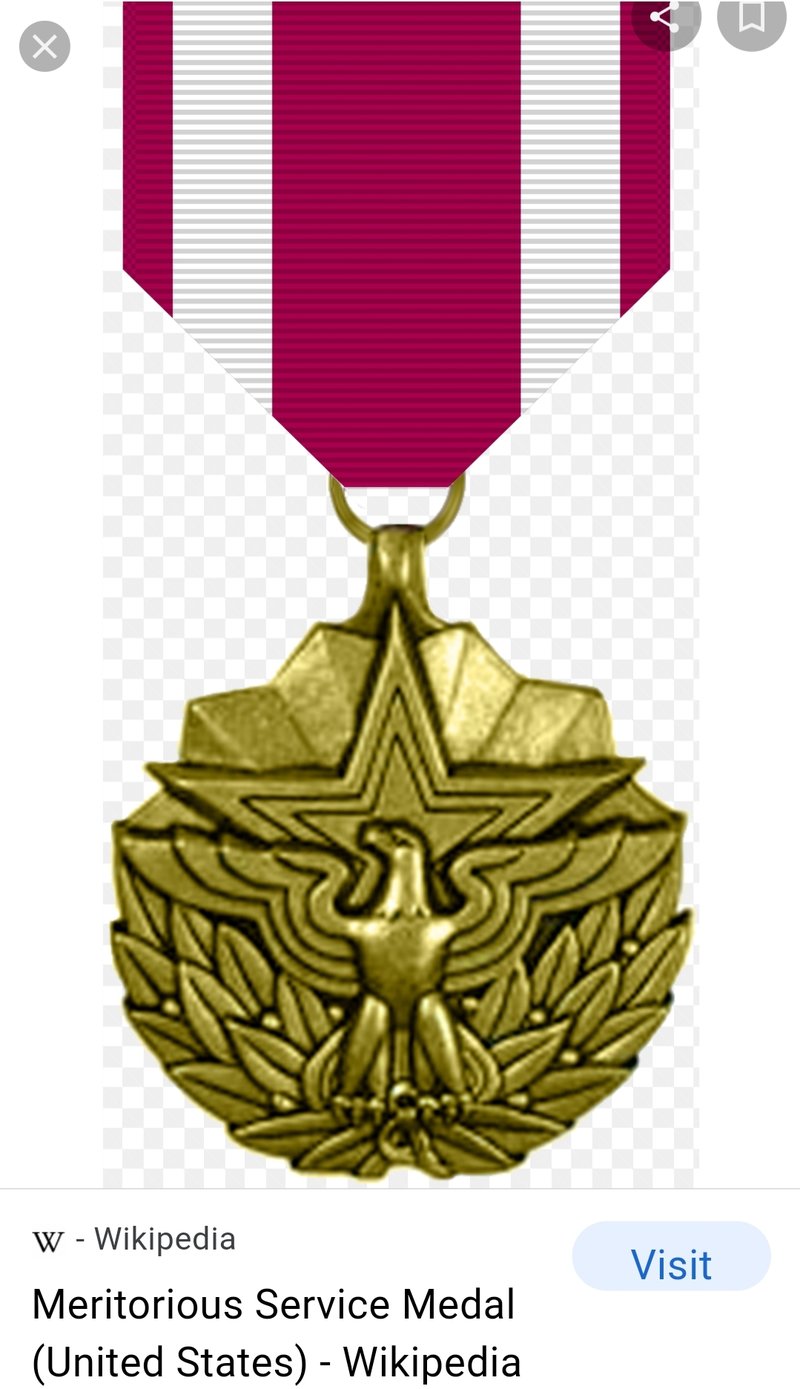 I understand some of you may have received a higher award or no award but I'm asking for guidance on writing my own MSM. My G3 wants me to mostly reflect my last position when my last position is mostly been doing online courses due to Covid. The admin to the General in my unit is also a First sergeant. She said to put bullet points on my DD 638 reflecting the last 10 years.

My situation was I was mobilized to Operation Noble Eagle 3 ( 2003-2004) for one year at Dugway Proving Ground as a Platoon Leader of a QRF. I deployed to Iraq in 2004-2005 to OIF 3/4 as a 1LT, to Afghanistan as a CPT. Most of my time as a Major was as an OC/T. I was part of a team evaluating Battalion Staff. I did complete CGSOC in 2016. I did work for 5th army army North for 2 months helping out on Canadian exercise Maple Resolve. In 2018, I was picked up as a double slotted deputy commander of a brigade. I helped the brigade during Maple resolve 2019. My current position as the G9 of a one Star Command also has me as the head of the Force Protection since I am a Lieutenant Colonel in a Major slot. My position has been mostly a figurehead since I have been gone most of the time because I live in Canada and have not been able to do more than a 25 day A.T. last year. I came to my unit 3 weeks ago for a few days to sign my retirement paperwork. I am going to retire on 1 November of this year.

I want your feedback on how you were able to frame your retirement bullets. I already wrote my bullets in this order and my G3 wants me to change them. What do you think?
Posted in these groups:

SFC Stephen King
Posted 5 mo ago
No, specifically to my experience awards have become trivial. I say this from a insightful perspective I watched people get awards in 20 yrs for doing there job. Yet, my Father should have been awarded more. I have 3 MSMs but I feel my my good conduct medals are more important to me.
(12)
Comment
(0)

LTC (Join to see)
5 mo
I was never expecting an award for my service in operational Noble Eagle 3, nor did I expect one in operation Iraqi freedom 3/4. I received an army commendation medal as a project officer in Afghanistan. I was actually surprised. I do value the certificates from Iraq and Afghanistan saying that I am entitled to wear the overseas combat patch. I was not enlisted for very long. I did not receive a good conduct medal. Even though I maxed the APFT half of my military career, I only received army achievement medal on that when I was 50 years old. My command is telling me to put in for the MSM. Congratulations on your 3 msm awards.
COL (Join to see)
(2)
Reply
(0) 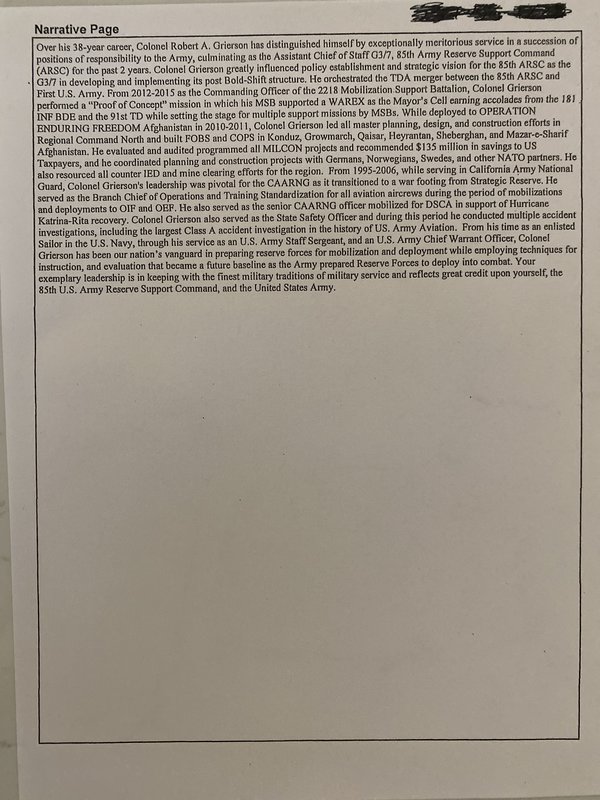 LTC (Join to see) here’s my narrative page from 2017. We dispensed with bullet points and referred them to the narrative page
(5)
Reply
(0)

SGT Dani W.
5 mo
COL (Join to see) - beat me to it, I was going to recommend using the Narrative page for this. Does the recommendation for award much better justice when covering an entire career.
(2)
Reply
(0)

COL (Join to see)
Posted 5 mo ago
Got my G1, I had to prepare bullet points summarizing a 38 year career. I focused on the deeds which led to a long career. Not the “zero accident” at AT 2002 kind of thing. Also, since this is a summary of your career, feel free to list things previously recognized like command assignments, etc.

SGT (Join to see)
Edited 5 mo ago
Posted 5 mo ago
Don't you as an officer deserve at least a Legion of Merit, for meritorious service for a career? Why are your commanders so lazy? Hell, why should you be writing your own commendation?

MSG (Join to see)
5 mo
LTC (Join to see)
In my case, I was in the Reserves. The last 10 years was as the NCOIC of an OC/T team under First Army East. The unit was at least partially MOBed the entire time and I was on MOB for 6 of those years. We traveled throughout the USA, PR, and had individual and group missions to Iraq, Afghanistan, and Kuwait. My bullets for the award focused on leadership, training, and numbers of units/personnel trained.
I wrote everyone's awards on the team and was expected to write my own which I did. My suggestion to you is based on your rank and experience, write the award for the Legion of Merit. The worst that can happen is they downgrade it to an MSM.
(1)
Reply
(0)
Show More Comments
Read This Next
RallyPoint Home