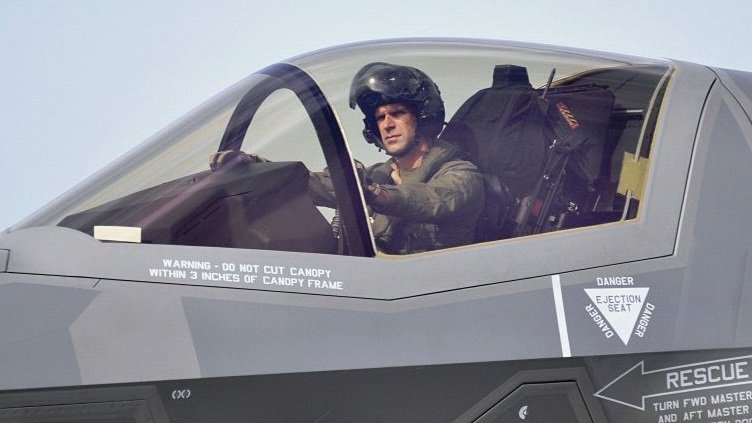 With the US Marine Corps set to declare initial operating capability for its Lockheed Martin F-35 Lightning II Joint Strike Fighter (JSF) before the end of July, many are again asking if there will ever be another manned fighter, or if the JSF truly is the last of its kind.

The history of military aviation is littered with false predictions pertaining to the demise of the traditional notion of the fighter aircraft. In the United States the Vought F-8 Crusader developed in the mid-1950s was nicknamed 'the last gunslinger' in the mistaken belief that all fighters to follow would carry missiles only.

The United Kingdom went one step further in 1957 when its Defence White Paper boldly stated that manned fighters would be replaced completely in the coming years by surface-to-air missiles; an erroneous projection that ultimately proved disastrous for the UK's defence aerospace sector.

Most recently, in April of this year US Navy (USN) secretary Ray Mabus was daring enough to state that the F-35 "should be, and almost certainly will be, the last manned strike fighter aircraft the Department of the Navy will ever buy or fly".

Whereas previously the end of manned fighters had been based on developments in the fields of air-to-air and surface-to-air missiles, today it is the rise of unmanned technologies that threaten to herald the extinction of the fighter pilot.

Pioneered by the Israel Defense Force as a means of neutralising enemy air defence systems (the idea being that the surface-to-air missiles would engage the UAV, exposing their positions to the manned fighters following), they have over recent years gone on to carve something of a niche for themselves as the intelligence, surveillance, and reconnaissance (ISR) platform of choice over the skies of Afghanistan, Iraq, Libya, Syria, and beyond. In addition to their ISR role, UAVs of all classes have taken on offensive capabilities with the integration of adapted and purpose-built munitions, and look set to take on more roles as their capabilities are expanded and their performance improved.

For their proponents, unmanned aircraft offer the prospect of zero casualties (on the side that is operating them, at least), as well as reduced development, acquisition, operating, and support costs when compared with manned fighters.

However, while it is certainly true that relocating the pilot from the cockpit to the ground does remove him or her from harm's way, it is certainly not a victimless endeavour on the part of the operators. UAV pilots have reported high levels of psychological illness following long periods of exposure to 'remote-control' warfare, in which they actively participate in the killing of combatants during their working day, returning to normal family life at the end of their shift. While fighter pilots are certainly exposed to more physical danger when conducting combat operations, being deployed with their peers and comrades provides a support structure not available to their unmanned counterparts.

Also, having a pilot in the cockpit exposed to the dangers of warfare might actually be preferable from a political standpoint. The use of UAVs has proven to be highly controversial, with one of the main reasons being that the lack of any danger to the operating nation lowers the threshold for their use. It is of no consequence to those protesting their use that unmanned aircraft are subject to the same rules of engagement (RoE) as manned aircraft (this is certainly true for air forces, although the RoE of secret security organisations such as the CIA are not known), the fact that they are unmanned somehow makes their use 'unfair' and therefore immoral. A manned aircraft performing the same mission is unimpacted by such philosophical considerations.

In terms of comparing the development, acquisition, operating, and support costs of manned and unmanned aircraft, it is unfortunate for the former that the rise in UAVs has coincided with the birth of the F-35; a project that in the popular consciousness has become something of a byword for profligacy and waste in the defence industry.

When set against the USD1.5 trillion being spent on the F-35 (the most expensive defence programme in history), it is not hard to point to UAVs being a cheaper and more cost effective solution all-round. However, such a comparison would be erroneous, as it would not be comparing like-for-like.

While the F-35 has been built for full-spectrum warfare in denied environments, current UAVs are suited only for ISR and light strike operations in relatively permissive environments - any air threat will all but nullify the use of unmanned aircraft over any battlefield today. Certainly, efforts have already been initiated to develop and build the next-generation of unmanned aircraft that will be able to operate in denied environments, such as the United States' Unmanned Carrier-Launched Airborne Surveillance and Strike (UCLASS) programme, the Franco-British Future Combat Air System (FCAS) and the pan-European nEUROn, but such vehicles are still likely to face the same political challenges to their use as do today's generation of UAVs.

Also, the term 'unmanned' is something of a misnomer, in that the pilot has not been removed from the equation but only relocated to the ground. Paradoxically, today's unmanned aircraft actually require at least as many (and often more) personnel to operate and sustain than do manned fighters. A manned Gripen fighter, say, has one pilot to fly the mission, whereas an unmanned Reaper UAV has a two-man team to launch the aircraft in theatre, this team then hands over the mission portion of the flight to a two/three-man team in the United States, before taking control again for recovery - up to five crew in all. Both platforms require comparable levels of infrastructure and manned support, and so it is hard to see where the manpower and fiscal savings promised by UAVs might actually come from, at least in the near to medium term.

Setting aside Mabus' comments on the F-35 being the last manned fighter that the navy will fly, the Pentagon has actually already begun the process of developing the JSF's replacement and it is not (necessarily) unmanned.

The US Air Force and USN have kick-started what they term to be 6th Generation fighter programmes (referencing the F-35's 5th Generation tag) in the Next Generation Tactical Aircraft (Next Gen TACAIR) programme. Launched in early 2013, Next Gen TACAIR is a Defense Advanced Research Projects Agency-led effort that is at the next generation of air dominance systems and platforms.

Boeing, Lockheed Martin, and Northrop Grumman have each indicated their plans to develop aircraft and compete any future 6th Generation requirement, with the first two releasing conceptual drawings of what their respective aircraft might look like; both of which feature cockpits. While these potential offerings are still very much in their conceptual stages, they are said to feature many of the stealth characteristics synonymous with 5th Generation fighters, but also futuristic enhancements in the fields of propulsion, structures, and avionics. Of perhaps more relevance to the issue as to whether the F-35 will be the last manned fighter, these 6th Generation platforms will likely be optionally manned rather than unmanned.

The concept of an optionally manned platform has a number of advantages over purely manned and unmanned solutions that would strongly suggest that this is the way forward for future fighter designers. Optionally manned provides the best of both worlds, in balancing the reduced risk to aircrews of unmanned with the unparalleled flexibility and capability afforded by a human pilot.

Indeed, the capability request for information for Next Gen TACAIR specifically called for the development of an optionally manned aircraft, serving to underline the direction in which future fighter design is progressing. With Next Gen TACAIR setting out an initial operational capability of approximately 2030, the resulting aircraft would likely serve alongside the F-35 for a number of years before eventually replacing it, amply demonstrating that the death of the fighter pilot is not quite yet nigh.

http://www.janes.com/article/53232/f-35-lightning-ii-last-of-the-manned-fighters
Posted in these groups:

LCDR (Join to see)
Posted 6 y ago
Very possibly, but I think there will be at least one more generation in there or another increment of something we have out already.
(1)
Comment
(0)

SN Greg Wright
Posted 6 y ago
The single most limiting factor to air frames is the pilot, who can only withstand so many g's before losing consciousness. Therefore, pilot-less drones will be able to perform at much higher levels. In my opinion, it's inevitable. I predict swarms of the things.
(1)
Comment
(0)

SSgt Alex Robinson
Posted 6 y ago
It may or may not be. The F35 has yet to prove itself.
(1)
Comment
(0)
Read This Next
RallyPoint Home