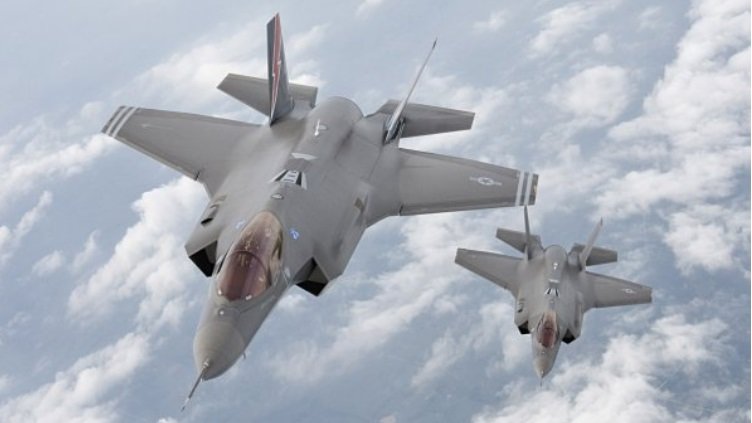 The US Department of Defense (DoD) has lowered its procurement cost estimate for the Lockheed Martin F-35 Lightning II Joint Strike Fighter by almost 2%, it announced in this year's annual report on weapons programmes.

The DoD says that it will now cost about USD391.1 billion to buy 2,457 of the stealthy combat aircraft that Lockheed Martin is producing for the US Air Force, Navy, and Marine Corps, as well as well as 12 international customers. The new price is a reduction of USD7.5 billion from last year's estimate. The report attributes the drop primarily to "decreased contractor labour rates and lower subcontractor costs".

However, the estimated cost of the programme's research, development, test, and engineering (RDT&E) remained unchanged at USD54.9 billion and the cost of military construction on facilities (MILCON) increased by USD200 million to USD4.6 billion.

Both the DoD's F-35 programme office and Lockheed Martin hailed the lower estimate.

"Affordability is the number one priority for the F-35 programme and this year's report reflects another year with significant cost reductions, and we're not stopping there," said DoD spokesman Joe DellaVedova. "We will continue to drive costs out of the programme."

"We are extremely pleased with the nearly USD60 billion decrease in operations and support costs of the F-35 programme during the last year alone," she said.

"This is a result of a laser focus by the entire government and contractor team on reducing costs across the board, whether it's improving quality in manufacturing, increasing supply chain delivery speed, or dramatically reducing concurrency items."

Martin said that the company was continuing to implement cost-reduction efforts under its 'blueprint for affordability' for which it had already evaluated 131 cost-saving reduction proposals, 58 of which had been implemented by February 2015.

"We aren't stopping here," Martin said. "We have numerous initiatives in place ... that will drive programme costs even lower allowing us to provide ... a fifth-generation F-35 jet at a fourth-generation price by the end of the decade."

http://www.janes.com/article/50102/f-35-procurement-cost-estimate-drops
Posted in these groups:

SGT Lawrence Corser
Posted 6 y ago
seems like a waste of funds. the f22 was just introduced and had tons of problems. our current planes do a real good job dropping warheads on foreheads and providing CAS to the troops in the thick
(0)
Comment
(0)

LTC Stephen F.
Posted 6 y ago
It is interesting when the Federal government lowers the estimated procurement cost for a system that is being fielded or in the later stages of design. Estimates rarely match actual costs. Hopefully this may be a case that breaks that mold.
(0)
Comment
(0)
Read This Next
RallyPoint Home