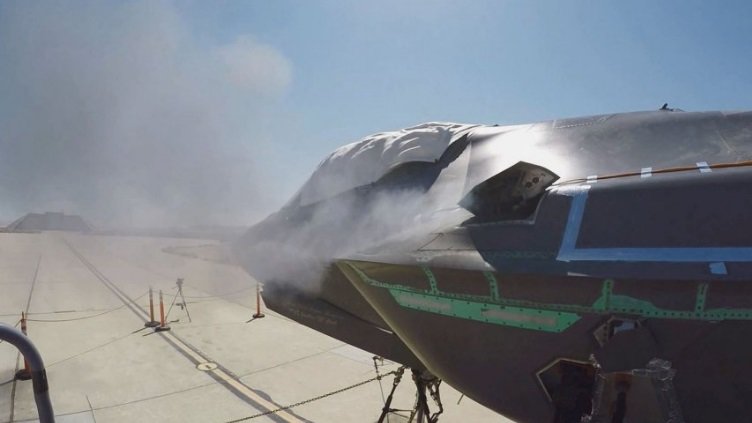 The four-barrel, 25 mm Gatling gun is embedded in the F-35A's left wing and will provide strafing capability against air-to-ground and air-to-air targets.

The gun is scheduled to be fully operational in 2017. The first phase of testing began 9 June. The test aircraft, AF-2, was equipped with a production version of the gun. Ground tests used software to replicate being in flight, according to the JPO statement. A non-exploding target practice round, PGU-23/U, was used for all tests.

The GAU-22/A will next year be tested from a production-model F-35 when fully integrated with the aircraft's avionics and mission systems. Test pilots will have the opportunity to observe muzzle flash, human factors, and flying qualities during that round of trials.
http://www.janes.com/article/53770/f-35a-fires-25-mm-gun-during-ground-test
Posted in these groups:

LTC John Shaw
Posted 6 y ago
IHS Jane's Why does the USAF wants to retire the A-10 with this platform when the gun won't be ready until 2017 and the aircraft is designed for primary Targeting platform and Air-to-Air?
I love the USAF but this does not make sense.
(5)
Comment
(0)

SGT William Howell
Posted 6 y ago
Is anybody going to have the balls to say enough is enough and scrap this turd before this things gets any more out of control?
(1)
Comment
(0)

PO1 John Miller
Posted 6 y ago
IHS Jane's
I agree with LTC John Shaw. Why not just put this gun on an already proven bird, the Warthog?
(1)
Comment
(0)

SGT William Howell
6 y
I just can't understand why we NEED to replace the A-10. It is cheap to build, proven air frame, and can carry a ton of ordnance. It don't have to look all stealthy and sexy, it just needs to drop bombs and do gun runs. That is what an A-10 does. Why change it?
(3)
Reply
(0)
Show More Comments
Read This Next
RallyPoint Home