Has anyone ever served on a jury? 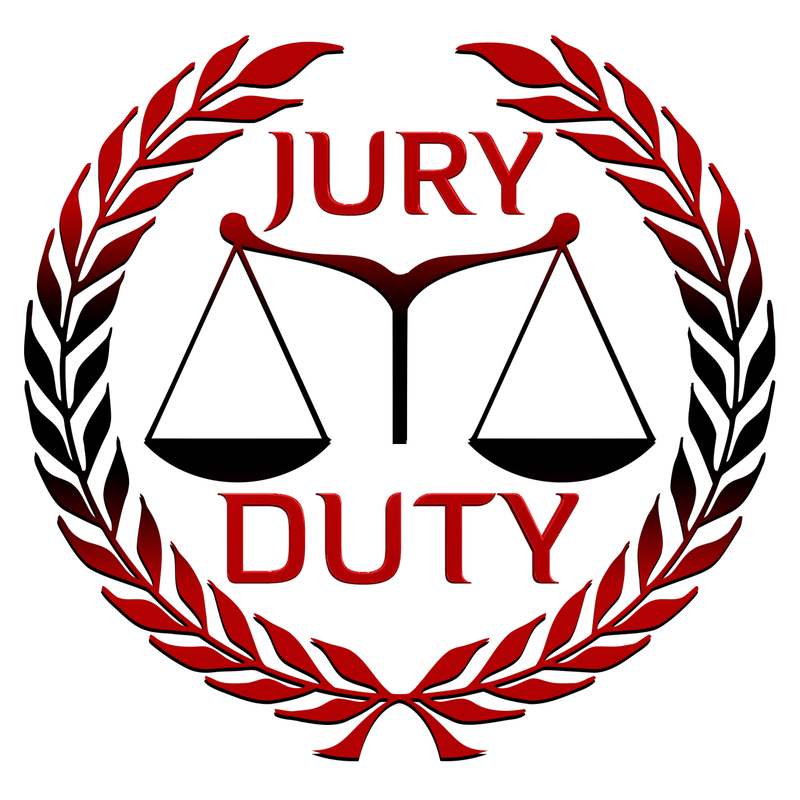 If so, what was the experience like?
Did it change your opinion of the law?

The reason I asked is because I served jury duty this week and it was eye opening experience.

Before the jury selection even began, the judge addressed the entire group assembled. He talked about law, representative democracy, the importance of voting, the military, and a short comparison of different forms of government. He then asked if there were any veterans in our group. He made us stand and had the others give us applause. He then said that every individual that was standing was willing to serve and die if necessary in order to protect and defend the Constitution which gives us the freedoms that we all enjoy.

From the beginning to the end, it reaffirmed my commitment to the United States Constitution and the rule of law.
Posted in these groups:

SGT John Overby
1 mo
CSM Charles Hayden - Reality is as YOU see it. They all believe what they say to be the truth. I was once told by a journalist that to learn tp learn the story, you have to read multiple sources and draw your own conclusion. Same with testimony.
(2)
Reply
(0)

SSG Deron Santiny
1 mo
Subject Matter Experts will say what the person who "Hires' them wants them to say. As a Former Police Officer and also someone who served on a Jury, I can tell you that no matter who you are, there is always someone to counter your opinion. It doesn't matter how well versed you are at something, there is always someone who will disagree or act as if they know better than you do. I had a guy who's attorney argued that even though I witnessed his client chugging from the Coors Light can while driving on the roadway, didn't mean his client was literally drinking and driving. He told the jury that his client was a smokeless tobacco user and that it was his spit can. He argued that he was spitting in the can when I observed him and that I had no clue what I was talking about. So when I told him that I knew for a fact that his client wasn't spitting in the can he asked what made me an "Expert" at which time I said "People who spit in cans don't usually throw their head back and chug from the can if they are spitting in it". Bottom line was, this was his clients third DWI and he knew he was guilty. Even though I witnessed him chugging it, the guy could barely stand up and was slurring his speech and, refused the Intoxylizer, he still argued that I wasn't a "Subject Matter Expert" just because I was certified to conduct Field Sobriety Testing and Intoxlizer testing. People will say whatever they are paid to say when trying to help a side win the case against their client.
(3)
Reply
(0)

CSM Charles Hayden
25 d
SGT John Overby
Journalist? What is that? Has the ‘media’ ever employed any of them?
(1)
Reply
(0)

SFC Jake Middaugh
Posted 1 mo ago
I lost all faith & trust in our law system going through my 4yr divorce & custody battle - the results were:
- billed me $100k
- child support charged 1000% of my monthly income
- violated almost all of mine & my children's constitutional rights, from the very first day.
- the judge approved protection orders with no due process and no evidence. Despite contrary evidence that I had.
- It has now been almost 4yrs since I have been allowed to even see my children...
- My case was so bad, it was featured on national TV. Here's the link if you're interested.
(This Is Life with Lisa Ling Season 5.) Check it out now on Prime Video!
https://watch.amazon.com/detail?gti=amzn1.dv.gti.30b5d7a6-a197-cb09-fd39-de77c3fa9371&ref_=atv_dp_share_seas&r=web
*SYNOPSIS*
Before my divorce and custody battle, I had only been into court on one occasion when I was called to jury duty.
I had no idea that the u.s. family court system was a 76 billion dollar a year industry that profits off of separating parents and children that just want to be a family. It plays one parent against the other. It's legal extortion, they put your kid like a carrot at the end of a stick and never promised to give them back to you but they keep moving forward and forcing you to pay, until they take every cent you've ever made. This is the most evil system I have ever seen!
To see my kids crying from me, and the system that promotes withholding my own children from me for absolutely no reason. It's torture and this horrible system Hurts our own children and ourselves - emotionally & psychologically. Many times it forces us to suicide. Just thinking about this system makes me want to throw up!
It's the opposite of freedom, the opposite of justice, and the opposite of fairness!
I miss my kids soooo much! I have to mourn my own children that are still alive, every single day. The horrible torture to live in a country like this that we were supposedly free. A country I spent 23 years of my life, sacrificing my own life for this country, only to have it taken away and denied me my own freedoms and my children's own freedoms as well!

Watch This Is Life with Lisa Ling Season 5 | Prime Video

Award-winning journalist Lisa Ling goes on a gritty, breathtaking journey to the far corners of America.

CPT Lawrence Cable
1 mo
I have to asks what state? Most states have taken much of the discretion out of the Judges hands, as an example, most states have an income formula that determines Child Support and most have gone to No Fault and Joint Custody. We had a local judge that often violated the rules, got censured for it.
(1)
Reply
(0)

SFC Jake Middaugh
1 mo
CPT Lawrence Cable Ohio, but every state severely violates the constitution in these ways. We have the Constitution to show that we have rites from the beginning, not that we have to prove every single right that we supposedly to have. These are our children! Not the states, not the County's and certainly not the United States until they are of age. These children belong to their parents, solely! The only exception to that is if they are legally foster children.
(1)
Reply
(0)

CPT Lawrence Cable
1 mo
SFC Jake Middaugh - I feel your pain. I grew up and was married in Ohio, I believe it is still an At Fault Divorce state, which tends to screw stuff up. I have helped my service member son through two divorces, the second one with custody issues. However, he did have a good attorney and didn't get a crazy judge, in spite of the fact that the divorce was in Maryland.
(1)
Reply
(0)

MAJ Hugh Blanchard
15 d
I had an interesting case when I served in Hawaii. A young officer serving in my unit (25th ID(L) had an unpleasant divorce. His former wife's parents demanded visitation rights, i.e., "grandparent's rights". They held their hearing before a friendly local judge in their town. He ruled that my young officer, then a 1LT, had to pay for his children to visit their maternal grandparents twice a year, from Hawaii to the southeast U.S. Obviously my young 1LT couldn't afford the plane tickets to send his wife and children back to the U.S. twice a year for the duration of his service in Hawaii. But his former wife's vindictive parents wanted to make him suffer to press their "grandparent's rights". Ridiculous, and ultimately EVIL!!!
(1)
Reply
(0)

SSG Edward Tilton
Posted 1 mo ago
as a former Police Officer I have never been allowed. There is an assumption that I would lean toward the prosecution when actually the opposite is true.
(10)
Comment
(0)

SPC Woody Bullard
1 mo
Same with me when I have been called for jury duty. I get dismissed from the jury selection just as soon as the defense team knows of my police background.
(4)
Reply
(0)

PO2 Robert Cuminale
15 d
You actually shouldn't be leaning in any direction. You're supposed to be neutral and deciding on the evidence presented.
(2)
Reply
(0)
Show More Comments
Read This Next
RallyPoint Home