Has anyone had incidents with live rounds and blank firing adapters? 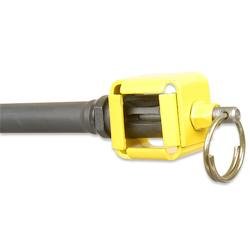 There was a post about a soldier shooting a helicopter. He somehow ended up with live rounds instead of blanks. It seems that this has happens more often than we thought. While nobody was hurt, there is a real safety concern.

If you have a story about his happening please share. The more information about how it happened and why may be of help for leaders to prevent this in the future.
Posted in these groups: Range NCOIC

LTC Paul Labrador
Posted >1 y ago
It still baffles me that someone can mistake a live round for a blank......
(10)
Comment
(0)
show previous comments

SSG (Join to see)
>1 y
SPC Christopher Perrien -, I hesitantly disagree with you on this. You said knowledge, quality, and training has declined but I think those have improved. Well, with exception to the millennials. Albeit, quality is a very broad term and may be quantifiable. If I had to point out one major difference between now and 1999 when I came in, I'd say it was discipline, which is probably the most important trait of the Soldier. But, once again, my situation is unique in that I came in as a Marine and swapped services. There is a stark difference in disciple between a Marine and a Soldier (on Duty). Off duty, Marines kinda lose there mind.
For the 17 years I've seen leaders retire or ETS, every single one says that quality is declining, or "soldiers ain't what they used to be". I think they may be mostly wrong. As I self evaluate my hatred of the new generation of Soldiers, I realize that it isn't them, it's me who has changed. I have become older and more intolerant, more mature and probably a little wiser. The bullshit excuses, shamming, and shortcuts the new Soldiers make, I did the same thing as a private. As a SSG, I don't have time for all that stuff, I just want to accomplish the mission and be done.
Whenever I get a real dirtbag, I remind myself that he is part of 1% of Americans that chose to serve and try to get him on the right path. If that doesn't work, we will send him to a new career in the civilian sector.
* This whole post is my opinion so do with it what you will
(0)
Reply
(0)

SPC Christopher Perrien
>1 y
The uses of the armed forces of the USA of today are being continually revealed to be directed by special interests. Namely , the "Great War War on Terror" is being paid for and and fought to protect the interests of Israel and a side effect the profit margins of various defense contractors. How can it be expected the "best and brightest" will be expected to go fight for such non -American causes. Profit and the interests of a foreign country.

The US military is being misused for all the wrong purposes now.

The people who go fight for this country now are either a bunch of un-employable rejects looking for a job (which certainly doesn't involve getting killed aor working for that matter) or are misguided patriotic fools fool who thinks it takes a division to go fight Hagii in a foreign country and a trillion dollars, and also that it is called "war" when all they are displaying is their inability to find landmines while looking for people people who don't like you in their country all for the blue and whte flag of a foreign country and what it stand for.

War on terror = War for Israel and profit, It is nothing about the security of the USA or very few lost limbs and lives of mis-guided American patriots. That excuse is wearing thin, that is why you see more idiots getting their face blown off by BFA's. They're lucky as I am sure they will get a nice check for the rest of their lives for being being as ignorant as they were before they joined.

I am feeling "grumpy" today, so I just had to let it go. War on Terror, is a sick sorry joke being played on America and American soldiers. If you die or get mained doing it, sorry i figured it out it was a bad about 25 years ago and got out of the JOKE, as I lost 3 comrades who died for the "joke" in the Gulf War. Nobody can come telling me I am wrong, better start being more introspective and cognizant of what is going on in the world. I got my ticket to heaven, I never fought for the wrong ideas , I am more lucky than my dad who killed 100's in Vietnam. The question is , Is your conscience clear as to what you believe , what you served for, and why America is fighting now?

We got "dregs"of America serving for this country now, which explains the increasing disintegration. Because the country is no longer worth a good citizen's effort. And if a good citizen wanted to serve now , odds are he would be busted out out for some EO or PC complaint which did not exist when we had a real military. Let the trans and the dreamers and the high schools failures go be our best in war. The US has already lost the war for its existence and no-one noticed.
(0)
Reply
(0)

1LT William Clardy
>1 y
Mistaking live rounds for blanks baffles me less than why someone would issue both live and blank rounds. While doing an immediate-action response to getting ambushed at oh-dark-hundred, you just *know* PFC Schmuckatelli is going to grab the *wrong* magazine...
(1)
Reply
(0)

SSG George Holtje
>1 y
Sir
I have seen it happen during a range when some ran out of rounds. I believe BF ex should be conducted on a separate range whenever possible. It also makes for a better scenario during the LFX.
(1)
Reply
(0)

CPL Chris Matheny
>1 y
Shooting blanks with a flash suppressor and accidentally shooting a live round would be desasterous for the weapon and the solder. Wondering how he could have shot anything other than himself?
(0)
Reply
(0)

SGT (Join to see)
>1 y
We had the same issue at Polk this past Jan. All ops were stopped till all rounds were accounted for. It sucked cause the traning schedule was pushed back but as OP4 we appreciated not getting shot at with live rounds lol.
(1)
Reply
(0)

SSG (Join to see)
Posted >1 y ago
When I was in charge of an arms room we had a guy make it onto a live fire range with his adapter still on. He ended up having a statement of charges for the M4.
Blew the barrel on it, he had a scratch on his face.
(8)
Comment
(0)
show previous comments

SSG (Join to see)
>1 y
SGT (Join to see) - That's probably why an E-8 and O-3 made the call. That's their job and they actually know what they're doing. Not entirely sure why you're having an issue dropping this. This has absolutely nothing to do with any position you have held from what I can tell. An entire year as a NCO and you are questioning the decisions made by a 1SG.
(0)
Reply
(0)

SGT (Join to see)
>1 y
SSG (Join to see) - Because I have been in for a while... and I have seen when the shit storm really sets off. Why I might give this more attention than I should is because this new army cuddles soldiers. There is less and less personal responsibility.

But now you open up a whole new door, since you are questioning my experience based upon the minuscule information on my page. Not that I owe you anything, but I will provide you this nugget - I was at one point a test officer, as a contractor, for the US Army. You can figure out yourself what that equals in mil-spec. I can tell you that I would not put my head on the chopping block for someone who doesn't do the very basic of ocular inspection before live-firing a weapon.
(1)
Reply
(0)

1LT William Clardy
>1 y
I'm not questioning your experience, SGT (Join to see), but I am curious why you're still sounding harsher regarding the private than the range personnel, especially the range safety personnel, whose primary function is to ensure that all safety requirements are met. While I have no problem recalling training exercises pushing soldiers to the limits of their endurance, and know first-hand how fatigue can impede noticing what should be obvious, I still cannot conjure up a plausible scenario where the range safety NCO (or NCOs) monitoring the firing line or tactical lanes would not be well-enough rested and properly trained to perform their jobs properly.
(0)
Reply
(0)

SGT (Join to see)
>1 y
1LT William Clardy - You are right, the range personnel should have caught this and they are also to blame. My issue is that the Army is taking away more and more responsibility from the individual.. in all areas. If a private messes up, it is never his or her fault - it can always be blamed on the leadership.. and this is leading to a crappier Army altogether.

Why I am a bit hard on the private in this scenario, is that the private is the one that pulled the trigger despite having a big red blob in his or her direct line of fire. If that purposefully painted danger-red (or yellow) thing in the end of the rifle doesn't suggest that something is off... then I doubt another object, vehicle, body would either.

But you are right. The Range safety should not escape blame in this scenario.
(1)
Reply
(0)
Show More Comments
Read This Next
RallyPoint Home