Have you run into the (7) Signs of Weak Leadership? 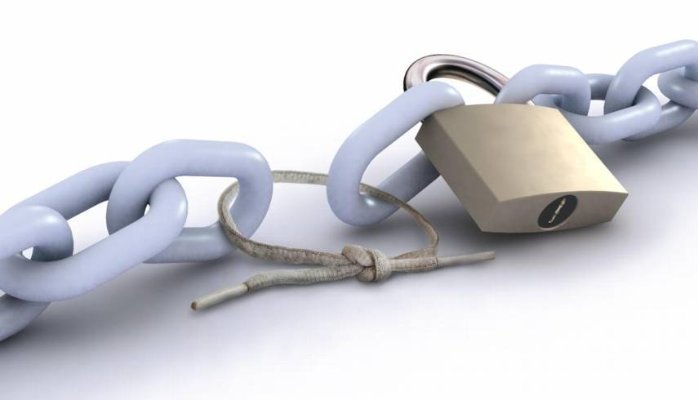 Have you run into the (7) Signs of Weak Leadership?
By Aleksandr Noudelman
Experienced Educator & Fitness Coach

It’s vital to understand that just because someone is in a leadership position, doesn’t necessarily mean they are meant to be in it. Put another way, not all leaders are born leaders. The problem many organizations are suffering from is a recognition problem – they can’t seem to distinguish the good leaders from bad ones.

Here are a few key behaviors that beset a weak leader:

1. Their team routinely suffers from burnout
Being driven and ambitious are important traits for successful leaders. However, if you are excessively working your people or churning through staff than you aren’t effectively using your resources. You may take pride in your productivity, in doing more with less. However, today’s success may undermine long-term health. Crisis management can become a way of life that reduces morale and drives away or diminishes the effectiveness of dedicated people. With any business, there are times when you have to burn the midnight oil but it should be accompanied with time for your team to recharge and refuel.

2. They lack emotional intelligence
Leaders who are weak are always envious of other peoples' successes and are happy when other people fail. They see themselves in fundamental competition with other executives and even with their subordinates. Such envy is a root cause of the turf wars, backbiting, and dirty politics that can make any workplace an unhealthy one.

4. They find blame in everyone but themselves
Weak leaders blame everyone else for their mistakes and for any mishaps that happen to them and their division/company. Every time they suffer a defeat or a setback, a subordinate is given the talk down, or worse, an axe. Great leaders don't do this and they always stay positive no matter what the circumstances are. They are accountable for the results and accept full responsibility for the outcomes.

5. They don’t provide honest feedback
It is very difficult for weak leaders to give the honest messages or constructive feedback to their subordinates. When they have to say something negative to someone, it's always someone else, usually a superior, who has told them to do. By that time it is to late and the leader hasn't really identified the problem before it reached the climax. They also make it a point to let the individual know that it's not their idea. Good leaders speak from the heart and provide honest feedback that is backed up by facts. They never wait for superiors to identify problems for them.

6. They're Blind To Current Situation
Because weak leaders are egocentric and believe that their way is the only way, their followers are afraid to suggest anything new. Those who follow such leaders only give them praise or the good news. Such appreciation only gives a boost to their status and ego and the leader is left clueless as to what the current situation is as well as the changing trends in the marketplace.

7. They're Self-Serving
If a leader doesn't understand the concept of “service above self” they will not retain the trust, confidence, and loyalty of their subordinates. Any leader is only as good as their team’s hope to be led by them. Too much ego, pride, and arrogance are not signs of good leadership. Long story short; if a leader receives a vote of non-confidence from their subordinates…the leader is a weak one.
Posted in these groups:

SSgt Alex Robinson
Posted >1 y ago
There are so many leaders in name only. That's the problem with today's military.... Too politically correct. George Patton would never have been promoted in today's climate. We need leaders and war fighters. Not politicians!
(62)
Comment
(0)
show previous comments

SPC Christopher Jackson
>1 y
SGT J M Porters - I ended up getting an Xray in the SAME dang room that General Patton passed away in decades prior. yikes, creepy. they have/had depending on if heidelberg hospital still exists
(0)
Reply
(0)

LT Mike Folker
3 y
PO2 David Allender - FDR nominated Gen. Marshall Army CoS: not popular choice among Army generals. Marshall canned some of those same gens.: anyone he thought did not "measure up." According to Douglas Mcgregor, 54 in his first year.

Since Goldwater-Nichols (1986: somewhere on the 'net there's an excellent article by a Marine major on "unintended consequences" of Goldwater-Nichols), service chiefs no longer $h!tcan failures or perceived failures: this is SECDEF > Pres. Pres. Obama roundly ridiculed in mil. circles for firing flags, but this very likely not a job a Pres. needs or wants.

As a new weps. DivO (after a turn at the old Newport SWO school), I knew nothing about weps. systems & so let the chief & PO1 do their jobs: just followed personnel on their PMS rounds to learn. A novice dept. head insisted that I had to tell everyone what to do: that's what DivOs did!

Thru the ship's grapevine, learned there were other novice DivOs that pretended to know more than they did. Soon I had personnel from other ship's divisions coming to me w/ their complaints. Sent them back w/ advice to use their chain of command!: apparently, an original idea! Experience taught me only that 2 weeks SWO school L&M class was a farce: "leadership" was not a boilerplate topic.
(0)
Reply
(0)

PO2 David Allender
3 y
MAJ (Join to see) - Reminds me of when Gen. Westmoreland came out with body count during Nam. I have often wondered just how ridiculous the count was before they figured how the jr officers were just trying to outdo one another, instead of a true count? Probably never used, because it was so ridiculous.
(2)
Reply
(0)

SPC George Rudenko
Posted >1 y ago
I would ask the question COL Mikel J. Burroughs What is worse? The young leader who falls into these leadership failures? Or the command staff who sees it and doesn't correct it? Or, the command staff that by action or omission encourages such behavior?
(41)
Comment
(0)
show previous comments

SMSgt Lawrence McCarter
>1 y
COL Mikel J. Burroughs - As You say Having people senior to Yourself to coach and mentor and set a good example as well is very important. Some of the greatest things i have learned ans applied to My self often were learned by the great example of those I served under. The one man I feel i learned the most from was a TSgt Samual Dickens, My Supervisor at Hanscom AFB, MA back in 1969-70 His lessons never failed Me and I feel helped Me succeed through My Military career. I have had a lot of outstanding Officers and NCOs in fact most of them. Those that didn't have those leadership qualities usually did get weeded out by their own actions by those senior to them in their chain of command. They did tend to be the exception in most of My experience. Problems when they occur often do start at the top and work down and good senior leadership can also make a break the efficency of any unit.
(1)
Reply
(0)

SPC Christopher Jackson
>1 y
A unit is only as good as its leadership.
(1)
Reply
(0)

SFC James Asbill
3 y
I thanked my mentors (senior NCOs) for teaching and training me on what it meant to be a leader ....not just a Sergeant or Supervisor... Without them I would NEVER have been the leader and mentor I tried to become for my subordinates and peers ..
(0)
Reply
(0)

1SG(P) (Join to see)
Posted >1 y ago
I try daily to lead my troops from the front. I'm always first to do whats required and involved in what's asked.

I remeber the "do as I say" leaders of my past and try to never be that guy. I always encourage my "joes" to do and be more than what's expected or believe they can. I also challenge my PSG's to keep me challenged in leading and preparing them.

Last month I almost lost a specialist to heat. By taking charge and doing what was neccessary and not comfortable I showed them leadership is what must be done, not what I feel like doing. I didn't realize it until we were AARing the event and one of my E7's said "Top, you saved that kids life, I don't know I'd have been able to do the things you did."

It ment more to me after the fact than I can explain. Cause I didn't think I just acted. It showed me, I need to train my guys harder. Not tell, but teach and show by action.

We as leaders build our troops daily often by not only what we say, but more importantly what we do and dont do.

REMAIN AWARE LEADERS, they are WATCHING!

1SG(P) (Join to see)
>1 y
SFC Fred Traylor - Absolutely SFC Traylor. I understand the need for good, real life examples, for reinforcement of training. I taught PLDC and BNCOC for years and used every story I came across. Best of luck influencing the hearts and minds of this upcoming generation.
(2)
Reply
(0)

SGT Robert Johnson
3 y
What was your unit doing that almost led to a heat casualty? Should the event even have been conducted? That's the real question and one that is often not answered until something goes wrong. Too many Soldiers die in training accidents because leadership doesn't know when to stop and will drive forward to a goal that may not really matter (i.e. chasing after NCOER bullets and awards)
(0)
Reply
(0)

SFC Joseph A. Anderson
1 y
1SG(P) Joe Lee
What a great story you shared with us. As a retired SFC, I agree with you 100%. I was like you while serving. I always lead by example in everything I had my Soldiers do. This earned their respect, trust and confidence in me. My soldiers would do anything I asked them to do for me. I have been retired since 1992 and really miss the military.
(1)
Reply
(0)
Show More Comments
Read This Next
RallyPoint Home