How did you mark the 50th anniversary of the start of the Vietnam War? 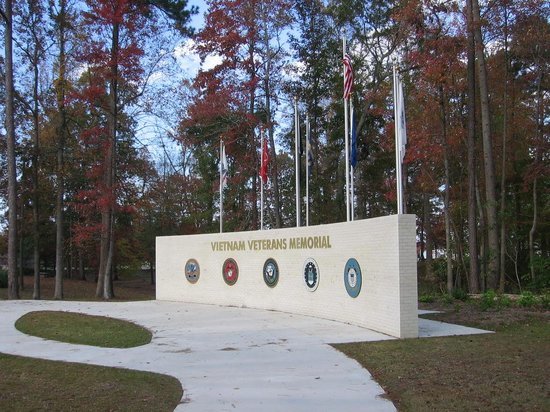 Defense Secretary Ash Carter and congressional leaders thanked Vietnam War veterans for their service and presented pins to dozens of veterans at a Capitol ceremony Wednesday that marked 50 years since U.S. ground troops arrived in Vietnam.

The Vietnam War taught Americans many lessons, "many hard-won, some difficult to swallow," Carter said. "But all of them have made us a better country and a better military."

Two lessons in particular are important to remember, Carter said. "First, we leave no one behind," he said. While the U.S. is not the only military with that ethos, "there are few that have such a steadfast and sustained commitment, which is about more than raising the iconic POW-MIA symbol up on the flagpoles around the nations. It's about the promise we make and we work hard to keep."

The Defense Department has more than 650 employees devoted to accounting for the missing from U.S. wars, including the 1,627 service members still missing from Vietnam, Carter said.

The second lesson is that Americans "must support our warriors, regardless of our feelings about the war," Carter said, calling that a lesson "some learned the hard way in the Vietnam era."

Carter and other speakers said they were gratified that "our troops today are welcomed home" and that veterans, including those from Vietnam, are often thanked for their service and appreciated by those back home.

"I want to take this opportunity to thank you, our Vietnam-era veterans, for that lesson, and to again welcome all of you home," Carter said.

Former Defense Secretary Chuck Hagel, himself a Vietnam veteran, told the crowd of several hundred that he and other veterans feel a special bond. He said that he, too, is grateful that the nation's attitude toward veterans has greatly improved since he returned from Vietnam.

Those who have experienced war know the truth, Hagel said: "There is no glory in war, only suffering."

http://www.militarytimes.com/story/military/capitol-hill/2015/07/08/pentagon-lawmakers-mark-vietnam-war-at-capitol-ceremony/29887245/
Posted in these groups:

Maj Mike Sciales
Posted 6 y ago
I thought about how well it turned out for the Vietnamese. That war - to prevent the spread of communism - cost thousands of lives - Vietnamese, U.S., Australian, S Korean, French and to what end? We need to avoid trying to spread "democracy." Lets dedicate ourselves to fixing America and when we have that down pat we can worry about other countries.
(6)
Comment
(0)

SFC William Farrell
6 y
I couldn't agree more Maj Mike Sciales. We should take care of this country first and foremost. The Vietnamese seem to be doing well as Americans are visiting the country, we are buying clothes and other goods made there and for that we paid with over 58,000 American lives, and that number is excluding our allies. The Vietnamese ultimately benefited from our intervention!
(2)
Reply
(0)

Maj Mike Sciales
6 y
Agree. Now they are our friends - like the Germans & Japanese. They buy loads of goods from us - automobiles, tech stuff. Much more profitable for everyone.
(2)
Reply
(0)

LTC Stephen C.
6 y
It is interesting to note, SPC Jan Allbright, M.Sc., R.S., that the U.S. now considers the start date of the Vietnam War to be 1NOV55, and the first casualty to be TSgt Richard Bernard Fitzgibbon, Jr., USAF, who died in Vietnam on 8JUN56. Ironically, he was murdered by another U.S. airman. His name was added to the Vietnam Veterans Memorial wall in 1999.
(1)
Reply
(0)

PO1 Mike Edgecomb
Posted 6 y ago
Participated in, and was a speaker, at a commemoration at our State Capitol - Augusta, Maine
(2)
Comment
(0)