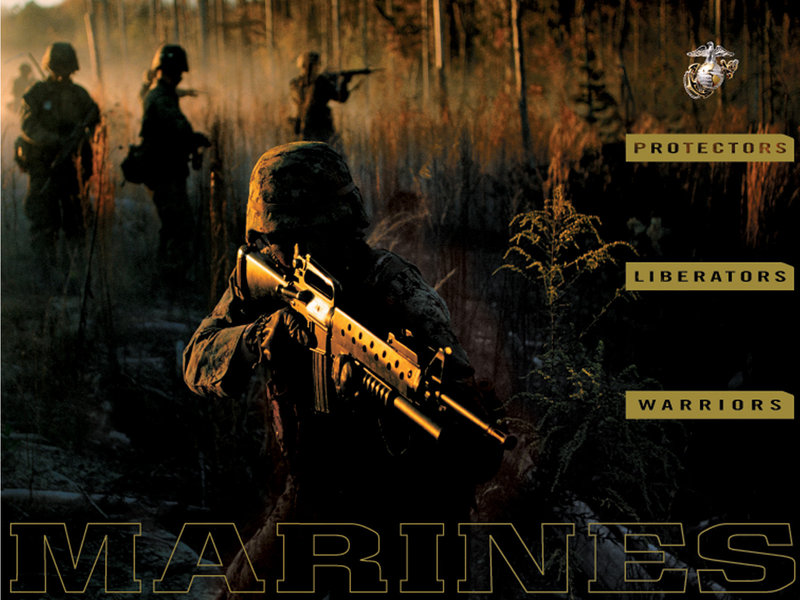 Born inauspiciously in a Philadelphia tavern in 1775, the Marine Corps has grown into the country's preeminent 911 force, proving itself in battles from Tripoli to the streets of Fallujah, Iraq.

Along the way the Marines built a legend based on grit and raw courage. It's what propelled them across the beaches of Iwo Jima and Guadalcanal and through Hue City's deadly streets in Vietnam.

Is it now facing a new challenge as America's culture of inclusiveness seeps into the service and threatens to dilute the warrior ethos that has set it apart from the other services for more than 200 years?

http://www.usatoday.com/story/news/nation/2015/07/28/quest-inclusiveness-undermining-corps-germano/30463249/
Posted in these groups:

The Marines ARE inclusive. We have always been inclusive. We may not seem like it at first glance, but there is nothing we respect more than "Proficiency," and nothing we loathe more than lack of proficiency. Do your job, do it well, and you will be welcome with us. Fail to perform, or make excuses about performances, and you won't.

We don't care if you are brown, green, black, white, gay, straight, Christian, Jewish, etc. We just don't care. You're a Marine first, and caveats mean nothing to us. When women were introduced into the Marines, we didn't come up with names like WAVES, etc. "We just have Marines" was the official statement. When DADT was repealed, our recruiters went out in full force, because that expanded the recruiting pool. All we care about is finding qualified applicants, and turning them into proficient Marines.

The issue, as LtCol Germano presented is the second issue. It's that we are creating a second standard (inadvertently). This is not about the normalized PT Test. We know why that exists, and the scores on it align cross gender. But we are constantly evolving the standard as well. It's that we "expect less" from one demographic than another.

"If" true, that is just wrong, and we need to correct that mentality at the root.

LtCol Germano brought up that female recruits underperformed compared to males in many/most categories percentage wise. Without knowing the "acceptable pass rate" it's hard to say whether we expect less though. As an example, if males have a typical pass rate of 80~% and women of 75%, but the standard is 70%, there is no "foul." But if there is a different standard for males and females, there is one. This is not to say we shouldn't work to bring the two demographics together, however there may just be factors we don't understand as yet. Things like "scale" can wildly affect numbers especially when the total service is only 7% women (compared to 15% military wide).

So this is not about inclusiveness, though a first glance could lead to that impression. In other words, correlation does not equal causation.
(17)
Comment
(0)

1SG (Join to see)
6 y
In a word - YES.  In this day and age of lazy, unaccountable young men and women, the Marine Corps ethos is in danger of being overwhelmed by the weight of numbers. I see happening during Army BCT all the time.
(4)
Reply
(0)

Cpl Jeff N.
>1 y
Sgt Aaron Kennedy, MS . That is a little pie in sky on the Marines approach to "inclusion". First, we did have a separate name for Women Marines. They were WM's (Women Marines) for the longest time. Not sure exactly when that changed. They were separated because while they had the title there were still (and are still) significant standard differences. We get less because women, generally speaking, cannot meet the same standards. It is not because we "expect less" of them.

I agree on race/color/religion etc. The Marines get the most out of everyone, period. I lived that and know it to be true.

In years of late with the LGBT agenda coming into play, peoples personal preference's are now becoming more paramount that their service to country. Recruiters are not running out looking for gays to roll into the Corps because there is a larger pool of candidates. Gays might represent 3-4% of the total population and most of those folks are not drawn to the service.

The Marine Corps has been a culture of exclusion for many decades. If you don't fit in, you get expelled. It is a harsh, unrelenting culture focused on mission execution or at least it has been. There are now distractions with women in combat, the LGBT agenda encroachment along with slipping standards and a concern about people's feelings and how sensitive we are to them. It is becoming more about the individual and less on a Corps single mindedly focused on mission execution. It is all fun and games until the fit hits the shan. We will need a Marine Corps like we had in decades past if push ever comes to shove.
(4)
Reply
(0)

SFC (Join to see)
Posted 6 y ago
It is not just in the Marines. The Army has lost all of its luster over the last decade. It is the generation of whiners and everyone thinking they are owed something and why do you have to yell at me. Hopefully, both of our branches can get the right leadership to put us back where we belong.
(8)
Comment
(0)

SFC (Join to see)
>1 y
I personally value the history of our great armed forces and the courage it took to be a soldier in war. In those trying times, men were drafted to fill the ranks when the volunteer force was just too small. In the military today, no one is drafted or forced to join the military. They are consigned by their own hand. They choose to serve. But to earn the title of Soldier, takes a lot of determination. I value my experiences and once I earned the title of Soldier and on to Combat Engineer, I felt that I earned those titles. they weren't handed to me. Nothing about my training was easy, though with the changing times, many of the things that are taught are becoming less harder for people to accomplish. I am proud of my heritage and the service I have done for my country.
(2)
Reply
(0)

MAJ Matthew Arnold
>1 y
A very nice list of battles and examples of men rising to the occasion. I would like to encourage you to revise this article for publication in one of the army publications.
(2)
Reply
(0)

GySgt Wayne A. Ekblad
Edited 6 y ago
Posted 6 y ago 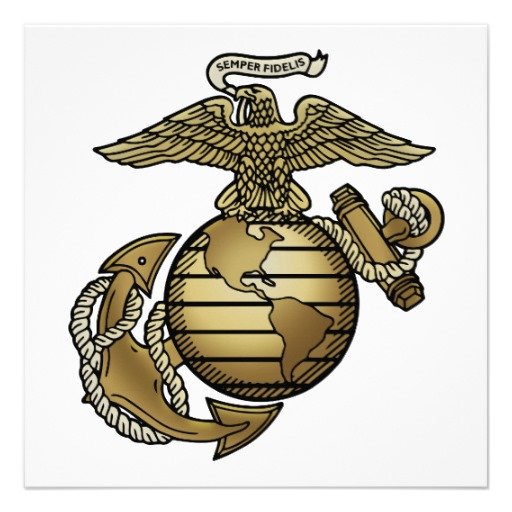 "The Marines, particularly the infantry, are proud of their no-frills culture. The Army can have fancy dining facilities. The Marines pride themselves on chowing on field rations and sleeping in the mud. Being called a knuckle dragger is a compliment in the Marine Corps.

The other services may be defined by their equipment and their mission. What sets the Marines apart is something harder to quantify: esprit de corps, a warrior spirit drilled into every recruit before he or she graduates from boot camp.

As an institution the Marines have clung to their values for centuries even as the society they are here to protect changed around them."
(7)
Comment
(0)

MAJ Matthew Arnold
>1 y
The second most fancy dining facility I ever ate at was on a USMC base. I can't remember if it was USMC Air base El Torro California, or Camp Pendleton California. There were table clothes, rank segregated dining area, rank segregated serving lines, field grades didn't have to go thru the line, all kinds of nice stuff, and on top of all the nice stuff there was a Corporal in blues with a white belt running around yelling at everybody on KP.
(1)
Reply
(0)
Show More Comments
Read This Next
RallyPoint Home