Is the military catering too much to the "feelings" of new troops? 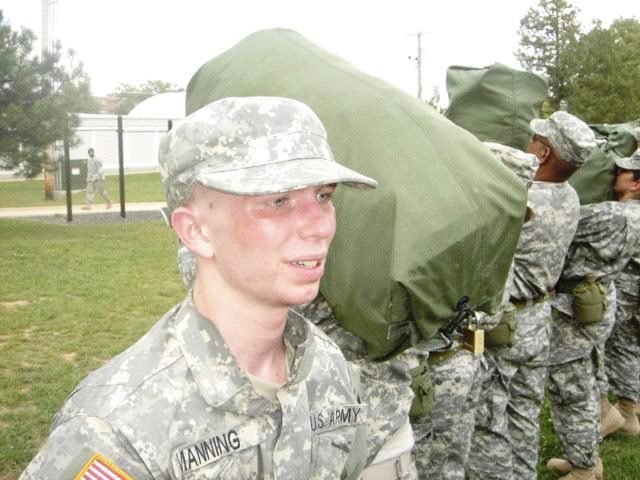 We used to be a FIGHTING force. An awesome world power who's men were the tip of the spear. We were seen as warriors. "Soldier" meant something. They were rough, thick skinned, and ready to sacrifice it all. Today, the military's policy of accommodation can be seen as appeasement. We are no longer building character, shaping discipline, or instilling within our troops respect for self and others. We have a massive new generation of young men and women who believe that they are special, that their voice and feelings supersedes policy, instruction, and the orders of superiors.

**Many of us can see the military hierarchy starting to crumble from the bottom up; admittedly because we are not properly enforcing the standards from the top down..**

Is it time to change? Time for a leader to step up and say, "enough is enough" and regardless of the push back and how "PC America" views our training, again start shaping the SOFT male and female civilians into hard, disciplined war fighters? I want a young service member who can take getting yelled at and turn that into motivation instead of the same service member who runs and cries to the Chaplain because of how mean his NCO is and proceeds to have a total breakdown.

We need to remind ourselves just what the military is and why we are getting paid. We are war fighters; not politicians. We'd like to think the men and women beside us, from infantry to admin would stand ready to pick up their weapon and run into the fire of battle, but the truth of the matter is, most of our force today would more likely cower and reach for the first white flag they could find. As Ronald Reagan said, "many of our people would rather live on their knees than die on their feet - and there in lies the road to war, because their voices do not speak for the rest of us." Instead of passing everyone through basic, instead of looking for a force solely based on numbers, my belief is we need to weed out the weak and only pass those deserving to wear the title of Soldier, Marine, Sailor, or Airman.

Stop being afraid of hurting people's feelings and accepting their version of what is "fair". This is the military. Not everyone should be given a participation trophy. In war, people die. Life is not fair. Our ROEs ensure that the enemy has the greatest advantage and puts our men and women at the greatest risk. We protect ourselves from political backlash at the cost of brave men and women's lives.

Again we need to remind ourselves just who we are, what we are getting paid to do, and what type of person we want standing to the right and left of us. Just because it's not what "PC America" wants it to be, doesn't mean it's wrong. There is no "fair" in war. The military is not a social experiment and should not be treated like one. It is not an all inclusive club. Enforce the standard.
Posted in these groups:

CSM (Join to see)
Posted 3 y ago
While this may be a fake memo, everything PO1 George Martin said is true. We as senior leaders need to change our policies or give our junior leadership the freedom and backing to enforce the standards regardless of how someone "feels"! We have allowed this PC civilian world to infest our once well ordered and disciplined world. Now we are forced to deal with the problems that we should have put a stop to when it first raised its ugly head.
(36)
Comment
(0)
show previous comments

SGT Scott Henderson
3 y
Great plan, unfortunately any time a junior leader tries to enforce the standard their leadership does NOT back them. This is possibly due to the senior leadership seeing the end of their time drawing near. They've spent 18, 20, 25 years building a career and a retirement. The LAST thing they want is to see it all wasted. More often than not they are all too ready to throw that young E-5 or E-6 to the wolves in order to save face and APPEASE their seniors.
Truth be told, the E-7 and E-8 mafia's should be taking the line you suggest- if only because it takes an act of congress to demote them. They have far less to lose than that E-5 or E-6 they just fucked.
(4)
Reply
(0)

CSM (Join to see)
3 y
And there in is one of the main problems. We have to many E-7's and above who have lost ( or never had) a spine. Those of us that do, need to push them out and back our Jr NCO's. This PC crap and being afraid to hurt someone's feelings has to go. Just do the right thing and everything will come out in the wash. I just don't know how many Senior NCO's there are still who have enough backbone to stand on principle.
(1)
Reply
(0)

SCPO Henry Malone
Posted 3 y ago
they need to understand that contrary to popular belief the military is not a democracy!!!!
(15)
Comment
(0)

SGT (Join to see)
Posted 3 y ago
In general, I would say no. Sure, there's been a few slight changes to adapt with the present values of America; such as the removal of "Don't ask, don't tell", females in combat MOS's, IET soldiers having cellphones, etc. But for the most part I wouldn't say that I, personally haven't gotten the vibe that any of the above have decreased combat readiness or military unit proficiency.

Every generation since the beginning of civilization seems to hold this same belief that "we had it tough" or "this new generation is soft". This is especially apparent in the military, because as you gain rank and age it's easy to forget that at one point in your life you were just like those dumbass PVT's. It's easy to wear blinders and tell yourself that you were different, and that when you joined the military it was more badass than it is now.

But what basis do you have that rules and regulations aren't being enforced? Is our military not the most well funded, badass, back to back World War Champions anymore? Have we not been kicking terrorism's crazy ass for over 15 years now? I don't see what the complaint is, and I don't see how we're "worse off" than we were 20 years ago. Sure, we have dumb Privates, Airmen, and Sailors fresh out of IET, but when have we not? How has liberalism destroyed our military? Where are these feel good units where you get a gold stat and participation trophy?

The point is, there has always been an over-exaggeration from old, crusty military members that the current military is softer than when they first joined. Times change, certain rules change, and for the most part it's for the best.
(11)
Comment
(0)

SSgt Charles L
3 y
Great post, this is exactly what I thought as well. When I came in the Marine Corps in 1994, the same complaints were being made about the generation I was part of.
(3)
Reply
(0)

CPT Lawrence Cable
3 y
I tend to agree with you. For the most part, I think the current generation are some of the finest troops this country has fielded and we have certainly placed them in situations that are as bad or worse than what we have done in the past. What other generation of soldiers has been in continuous combat for this long a period?
Even when I went through basic in the Reagan Years a good number of the young guys didn't know shit from Shinola, so while that trend may be worse today, it isn't anything new. I haven't heard that 11B school is any easier, may not curse at you as much and most of the useless physical abuse is gone, but Benning still seems to be putting out some pretty qualified grunts. I think the biggest difference is that the current generation is much more likely to ask why instead of just doing something. Yes, it can be a learning experience for someone that has gotten a ribbon for showing up to learn that meeting a standard means meeting a standard, but most of those that go looking at the military are looking for that kind of structure and challenge.
(3)
Reply
(0)
Show More Comments
Read This Next
RallyPoint Home