Should the Height and Weight standards matter if they pass the physical fitness test?? 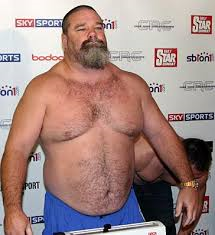 H&W and PT test seem to be a controversial discussion nowadays. Some say H&W shouldn't matter if the Soldiers are fit enough to pass the requirements. Some say the standards where set for the older generations before now. Some say PT is the only way to measure leadership and discipline. What are your thoughts?!!
Posted in these groups:

CSM (Join to see)
Posted 5 y ago
H/W and body fat are a waste of valuable time. Let me explain a few of my thoughts.
#1 If you can pass the APFT to standard which is 60% then you are good to go.
#2 In my experience MOST of the H/W failures are ALSO APFT failures. so see #1
#3 I have seen bellies so big that the person could not do a proper pushup or situp, see #1

#4 If we are trying to look good, why do they keep giving us uniforms that are sloppy looking, the new manufacture should replace every uniform they have supplied the military, because they do NOT fit the sizes stated on the label. Not to sideline to much, but I went in to get some and the clothing sales was full. every soldier in there was complaining to me about how poorly they fit. They look good on a handful of soldiers. Well guess what, we can not be effective with a handful of soldiers. So it is obvious that our intent is not "looks" any longer, so see # 1.
(31)
Comment
(0)
show previous comments

SSgt Joseph Baptist
>1 y
MSG Dan Castaneda - " well you ain’t in the Army. Never have been and never will be"

Din't anyone ever tell you to check your facts before making uninformed statemenst that show your prejudices and biases?

Your statement is incorrect, erroneous, ignorant, and generally WRONG.

Started out in the Army, switched over to the USAF. Hell, that's even available in my profile here, for anyone smart enough to check before making an ass out of themself. Maybe you should do your homework, instead of allowing your prejudices and biases to guide you into jumping to incorrect conclusions about others.
My second post in the sub-thread also gives some pretty strong hints that I was in the Army at one point.
Good thing for you that intelligence doesn't appear to be a requirement to make E-8 in your unit.

I understand that you think a lot of yourself, but that doesn't mean you get to try to dismiss me with assertions that are incorrect, untrue, and which you could easily have determind were incorrect had you taken the initiative to use the tools available to you. If you dont; agree with my ideas, then rebiut those ideas, don't come at me with personal attacks - particularly if they are untrue, and reveal you to be a lazy, incompetent, bigoted jerk who jumps to conclusions.

Back to the non- ad-hominem portions of your response:

Higher standards for certain career fields are often a policy set at high levels - no problem with that. Of course, that is not what we were discussing, which was basic "Pass/Fail" Height Weight and PT standards.

You don't appear to have liked me pointing out that Army standards are set by the Army. Sorry, but truth hurts sometimes.

I do not appreciate tinpot dictators at low levels that unilaterally choose to ignore DoD, Service Branch, and MajCom standards and penalize SMs for not meeting a competely subjective and non-standardized expectation that they themselves have created.

When I was training people, my goal (and the "personal standard" I judged myself against) was to bring all of my students up to "Expert" performance and skill levels - but that doesn't mean I would refuse to sign off a qualification scorecard for someone who "merely" met USAF and MajCom standards and qualified with a lower score than I would have liked them to be able to achieve.

If you expect your soldiers to exceed the standards, then train them up to your expectations (that's good), but don't disregard the Army's standards while doing so (that's a violation of regulations).

For example, an NCO may feel that the (being replaced) 3 event APFT was inadequate, and decided to add a 4th event, swimming 400 meters. If a soldier scored 300 on the actual APFT, but didn't know how to swim, that NCO would not be justified in declining to sign off on their APFT scorecard, and initiating negative actions against them for "failing the APFT" (which would be inaccurate, and dishonest). If there is a mission oriented or MOS/duty position requirement for the soldier to be able to swim 400 meters (maybe you are an SF unit, or some form of bridging or boat unit that conducts waterborne operations), that would be an additonal job qualification, specifically for that mission/MOS/duty position, and failure to meet that standard would be dealt with in that context (perhaps a flag for failing to meet specific training requirements for the assigned duty position, more likely remedial training to bring them up to the standard). Their 300 APFT score would still be official, and they would still get promotion points based on it.

As to my remarks about accountabity for officers and NCOs who "take the law into their own hands" and ignore regulations, I'm not sure if you merely misunderstood my point, or if you really believe that it's okay to ignore regulations and do things your own way, without ever having to be held accountable for your choices.

Do you really have a problem with the idea of giving an LOR or BCD to an officer or NCO who unilaterally chooses to ignore Army standards, as I suggested should be done? Are you one of those "higher E grades" who only believes in accountabity for lower EMs?
If someone is placing their personal idea of what the standard "should be" over what the actual standard actually is, it is a form of insubordination - and a refusal to conform to regulations. These are qualities that show a poor fit for military service.

You wouldn't support an LOR or BCD for a "leader" who signs off on PT or weapons quals when their soldiers haven't actually passed the test to Army standards?

You wouldn't support an LOR or BCD for a "Leader" who holds back soldiers who meet Army and MajCom standards, by refusing to sign off on qualification/test paperwork, because the "leader" thinks that that particular soldier needs to meet a higher standard - perhaps because blacks, Asians, red-heads, or Jews need to meet a higher standard, as determined by that individual "leader"?
(0)
Reply
(0)

MSG Dan Castaneda
>1 y
SSgt Joseph Baptist so your right about one thing, I didn’t read your profile prior to my last comment. I just did however, and I am still unsure how you can comment on Special Operations standards. “Oh yeah,” you trained with them? My bad. Regardless of how you feel your retired which means your irrelevant. I’ll be there one day too. Just not today.
(0)
Reply
(0)

SSgt Joseph Baptist
>1 y
MSG Dan Castaneda - And there he goes again - can't respond to my ideas, so go with the ad-hminem and attempt to dismiss.
You tried to say I was never int he Army. You were wrong.

Now your last resort is to tell me that since I'm retired, I'm irrelevant.

And you still haven't reconsidered your idea that NCOs and officers who ignore/violate military regulations should face consequences. And that is exactly what you said when you wrote " For you to insinuate that NCOs should get a Bad Conduct Discharge for not “understanding and accepting” Army regulation is preposterous."
(0)
Reply
(0)

Ash Soto
19 d
I had and have a love and hate relationship with H/W and Bodyfat Standards. I was that soldier that got on their PT Test over 285 and in ruckmarches came in 2:45 ish to 3:00 hours but when it came to get weighted failed every single time. I’m 5’3 weigh 152 and lift weights. Also whenever it was time to get taped that was also a problem why hips measurements should be even taken in consideration. Like you can tell when someone is actually taking care of themselves working out and doing things right from those who aren’t. If they pass the PT test with flying colors let them be.
(0)
Reply
(0)

SSgt (Join to see)
Posted 5 y ago
Yes it should matter, but I think that instead of taping, there should be a sliding scale height weight chart. The higher your PT score, the higher your allowed weight. I think it would simplify the weigh in, and it would allow for those guys (who I've heard a lot about, but have never seen) who can't pass tape, but are PT studs.
(28)
Comment
(0)

MAJ Raymond Haynes
>1 y
I would be careful SSgt, logical and common sense thinking like that could get you thrown out of the Army.
(5)
Reply
(0)

SSgt Joseph Baptist
>1 y
Those that I've known who were in great shape, but had weigh in problems failed the weigh in, but passed the tape (or the immersion test). This slowed down the screening, and also added a lot of subjectivity to it, as you can get taped by ten different people and get ten different results.
(0)
Reply
(0)

MCPO (Join to see)
Posted 5 y ago
This is one of those horrible things...

Unfortunately, I think it comes down to professional appearance - and that SUCKS...

And, as a side note: just remember that Arnold Schwarzenegger had a 49 BMI when he won his last Mr. Olympia. He also had a 3% body fat percentage...
(24)
Comment
(0)
show previous comments

SGT Anna Kleinschmidt
>1 y
As a tall girl with curves and a lot of muscle who maxed on push-ups and sit-ups and a pretty good show on my run, I had to tape every time. Because of my over endowment on top I looked overweight in my uniform because I had to wear one about 2 sizes larger than needed everywhere else just to fit that one part of my body making me look very sloppy in my uniform! I passed every tape with a low average 14% body fat for a woman (actually an unhealthy number for a woman) my entire army career. even though my weight on the scale was always 10lbs more than what was allowed I was actually very thin, muscle just weighs more than fat, I was fat shamed and body shamed my entire military career. I feel like there should be a change. I actually met the standards and exceeded many of them but I looked sloppy due to regulations not allowing me to alter my uniform and everyone that had to stand in line to be taped were made to feel like they had failed.
(4)
Reply
(0)

CWO2 Richard Rose
2 y
I have never failed H/W, BF, or the PRT. I have dealt with weight my entire life. At mid-career I was struck hard by arthritis. It very nearly cost me my career, but I made a deal with the Navy's head rheumatologist that I could remain on active duty as long as I passed the PRT. It was painful, but I ended up paying for it with my health.

I view the PRT program as a downsizing tool. I had 10 years in before there was a PRT program.
(1)
Reply
(0)

How many miles can a person run on the water?
(0)
Reply
(0)
Show More Comments
Read This Next
RallyPoint Home