Stolen Valor - The Insider Threat... How do we stop this? 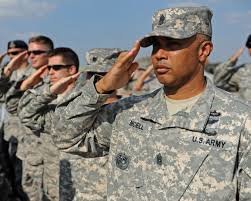 Stolen Valor is bad enough when it is person who is not actually affiliated with the military. And, I understand many of these folks have mental illnesses and perhaps they know not what they do.

But, what do you think, how do you feel, or how do you react when an active duty service members wear awards and decorations they are not authorized? It seems it is always leaders... It seems to happen often. The LTC at Fort Benning... and now this... but there countless others.

I know of several... personally.

- I had a former CATD Team NCO (then working at NCOA) do something similar... E8 on the E9 and SMA list who was wearing a Ranger Tab... He would have a photo taken for boards with it on (and other badges), then have them removed from his records right after the board met. Their PAC clerk raised a red flag. He was court martialed.

- Then we had a CPT in MPCCC who was wearing a SF Tab, SEAL Triton (and he couldn't swim... ) two combat jump stars... and other stuff... (all made up)... He was invited to resign his commission.

http://www.armytimes.com/story/military/crime/2015/04/08/csm-perry-mcneill-convicted-unearned-ranger-tab-pathfinder-badge/25478803/
Posted in these groups: 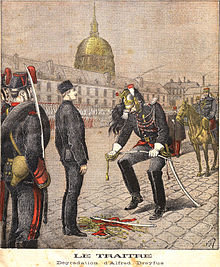 Perhaps it is time to reintroduce the concept of shaming as a punishment for offenses such as these. Who is willing to risk a charge of Stolen Valor if the punishment for the crime is to stand before a battalion, brigade, BCT, or division formation, be called before the the Commanding Officer, hear the charges and findings read aloud, and then be reduced in rank or stripped of rank and decoration altogether and then cashiered from the service; escorted off post or base by the MP or Security Forces?

Do that a few times, and the frequency of such behaviors may start to diminish!
(28)
Comment
(0)
show previous comments

The full theme song from the TV series Branded.

MAJ (Join to see), were you thinking something like this (except for the "innocent" part)?

SFC Jack S
5 y
Why not a fine officer like yourself Maj Hoiland recommend a mandatory minimum in UCMJ for this offense. I have seen a few posts here that are spot on with the differences in punishment driven by rank or the Buddy network when applying UCMJ. The ceremony I saw was almost to the extent in your post, but he was escorted off Camp McCall right away and demoted one stripe but it should not be left to be interpreted by individual commanders as it is now. It should be one size fits all, and out of the reach of protective leaders.
(0)
Reply
(0)

SSG John Karr
3 y
I think the public shaming would be an effective deterrent. When I was in the 1/2 Cav the Squadron Commander held an awards formation. I thought to myself "something is wrong". The CSM called the Squadron to attention. About 14 men were called to the front... you could tell they were excited that they were about to receive an award. The SC stepped in front of the men and called a Sgt forward. A man in street clothes positioned himself in front of the S.C. saluted then did an about face and told the "honorees" that they were under arrest for drug possession. The entire Squadron gasped even though we were at attention. As they were being cuffed and frisked several of them had drugs in their pockets.
The S.C. had cured drug abuse in the Squadron.
Needless to say when the real award recipients were called out they were more than a little nervous.
(1)
Reply
(0)

SSG Bryan McDougal
2 y
Getting "slammed" was a term alive and well in my day. Thank you sir for reveling it's origins. And as an NCO I agree with you.
(0)
Reply
(0)

MSG Scott McBride
Posted 5 y ago
Well, here we go again. my personal feeling is this: He is an idiot and is unfit and undeserving of standing front of ANY formation. My professional feeling: as a Senior NCO, he stands in stark contrast of the NCO Creed and deserves more than a reduction. "No one is more professional than I..." "...I will not compromise my integrity nor my moral courage..." What happened to that CSM? This is how indiscipline begins in the ranks. When the Top leaders are doing it, it must be ok. This leader failed his command, his troopers, and the Army.
(16)
Comment
(0)

SGM (Join to see)
Edited 5 y ago
Posted 5 y ago
COL Charles Williams
Badges do not make you a Soldier or a leader. Above all else you must have character!

Nobody is above the law, he was a CSM and knew that he was wrong...you reap what you sow.

My issue is the punishment...

Military Justice; Is it Fair or is this a case of Rankism? | RallyPoint

SGT Anthony Bussing
5 y
how are the lower enlisted be expected to live up the "Corps Values" and "Warrior Ethos" if our leaders dont? this guy shouldve been busted all the way down and given the boot...
(3)
Reply
(0)

SGT Anthony Bussing
5 y
the thing I hated about rank in the army...it was based solely on how fast a person could run...while I grant., PT is important (although, all the times Ive been in combat, I have never had the urge to drop and dopush ups or situps...however, I do run quite a bit while getting shot at! lol) but come on...there should be much more emphisis given on promotions based on how well you know your job...when you have high school cross country "stars" that are 21 years old and E6's...there is something just wrong there...(and no, im not bitter because of MY rank...I earned my rank...and lost it several times because I often spoke my mind to my "LEADERS" who couldnt lead a week old kitten out of a outhouse with no door...and they didnt like it) promotions should be based on how well you know your job...
(2)
Reply
(0)

SGT Anthony Bussing
5 y
yeah, I know there is more to it then the PT aspect...and I agree with the awards thing too...I was National Guard, just to clear that up...we have a female soldier, blonde hair, blue eyed, quite the looker...she is a master sgt (P)...been in oh, 15years or so...NEVER DEPLOYED...not at all in the entire time we have been engaged in war...My state has sent NUMEROUS units over to both theaters...and she was even in my unit that went...and so now, here she is...in charge of soldiers who have deployed, telling them what to expect when they hit boots on ground...oh yeah, she was also married to a first sgt, then when he couldnt get her promoted any further, she divorced him and is now married to a full bird...but...there is that whole pesky "non frat" policy....oh well...Im retired...I dont care any more...lol...
(1)
Reply
(0)
Show More Comments
Read This Next
RallyPoint Home