The US Navy prepares to ‘Remember Pearl Harbor’ in Hawaii and honor humble heroes of WW II. What are your plans for this remembrance day? 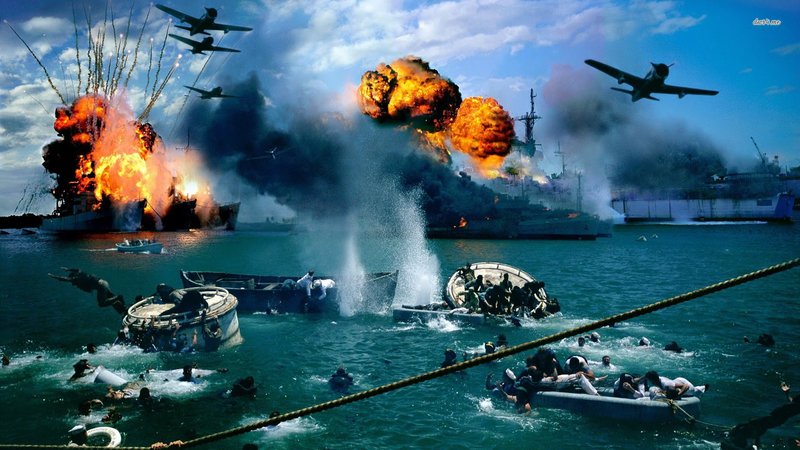 Pearl Harbor Survivors and other World War II veterans are beginning to arrive at Joint Base Pearl Harbor-Hickam for observances beginning the first week in December.

We will conduct this year’s formal remembrance event at Kilo Pier across the harbor from Ford Island and Battleship Row – within view of the USS Arizona Memorial and Battleship Missouri Memorial. The ceremony begins just before 8 a.m., timed to match the attack 74 years ago.

Pearl Harbor Survivors and other World War II veterans are honored guests at each year’s ceremony. They come to show their respect to their shipmates and comrades who never came home. Many of them wear their own special uniform: hat, jacket and Aloha shirt.

They come to teach us – and the world – the lessons of their war. When we talk to the veterans of the War in the Pacific they tell us they were just doing their jobs, serving their country, answering the call.

Their gentle humility belies the strength of their character.

Pearl Harbor Survivors and other WWII warfighters faced down aggression, demonstrated great resolve, and brought our nation onto the pathway to reconciliation. The result: over the past seven decades, former enemies became friends, and most Pacific Ocean nations saw greater freedom, democracy, peace and prosperity.

Today, our installations, ships and submarines, and land and air forces in Hawaii are at the center of the nation’s rebalance to Asia-Pacific. From here, we help protect our homeland and ensure we do everything we can to support Adm. Harris and U.S. Pacific Command and Adm. Swift and U.S. Pacific Fleet.

We must remain vigilant while “standing the watch” that protects what our veterans earned – we should remember that it is an honor and privilege to carry on their legacy.
There will be many observances throughout the week and during the day on the 7th in and around Pearl Harbor. Of note, this year we will welcome Olympic, collegiate and national athletes and all-stars, as well as top TV sports commentators from Fox Sports. They will come to Hawaii to help commemorate the “greatest generation’s” accomplishment and to show their appreciation for our current service members’ commitment to defending the nation.

They know, as we do, that the Survivors and other World War II veterans are in the military’s Hall of Famers, and – along with our veterans on active duty –are the nation’s unsung heroes and superstars.

Those of you who volunteered to serve, please accept the honor to stand apart from the crowd and show your pride in the cloth of our nation – your uniform. Please help us thank the heroes who fought for our freedom; remember the lessons and sacrifices from December 7, 1941; demonstrate our pride in the Force we support today; and always show our firm resolve to those who wish to do us harm.

We will always remember Pearl Harbor because we know that history forgotten and not honored is destined to be repeated.

Thank you to all the military veterans and current service members, civilian teammates and families here in Hawaii. I hope to see you at one or more of the observances in the days ahead.

http://navylive.dodlive.mil/2015/11/30/navy-in-hawaii-readies-to-remember-pearl-harbor-and-honor-the-humble-heroes-of-world-war-ii/
Posted in these groups:

PO1 (Join to see)
Posted >1 y ago
I wish I could be there, I would be honored to shake hands with such respected heros. Will always remember one of the worst days in America's history. I am honored to serve in the world's greatest navy today, thank you to the men that survived and those that were unfortunately lost. Thank you.
(5)
Comment
(0)

MAJ David Vermillion
Posted >1 y ago
All should be honored, a great sacrifice to our country.
(4)
Comment
(0)