What are some Private (E-1) horror or funny stories you've seen/heard? 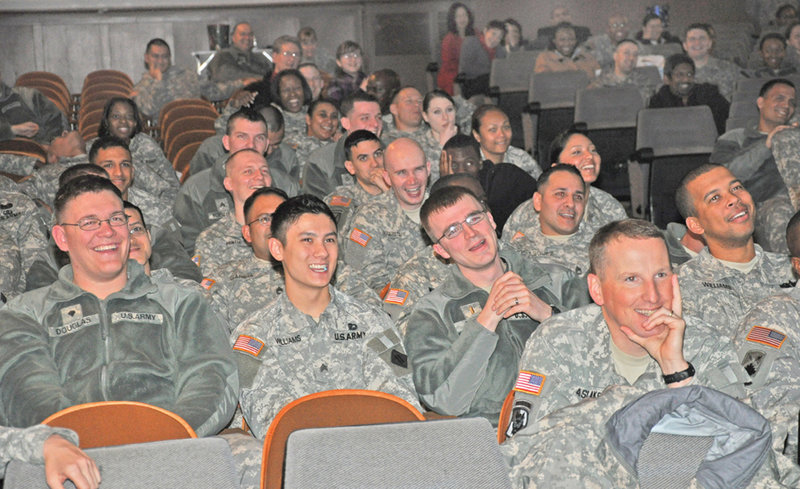 CSM Michael J. Uhlig
Posted >1 y ago
As a brand new Private at my first duty station, I made an "on-the-spot correction" to the Division Commander. He laughed, until I told him it wasn't funny and that he needed to fix his deficiency, his aide about passed the hell out!
(42)
Comment
(0)
show previous comments

SGT Richard H.
>1 y
CW3 Kevin Storm I think what CSM Michael J. Uhlig was alluding to in his comment to me was that his local CoC probably gave him hell for it. Truth be told, he probably earned the General's respect, regardless of what the squad leader thought. Heck, If I was a General and a Private had the brass to make a [legitimate] spot correction on me, I would probably have promoted him on the spot.
(5)
Reply
(0)

PFC (Join to see)
4 y
If I were a General the Private that did that would get something. Coined, AAM, a promotion, something.
(2)
Reply
(0)

Sgt Dale Briggs
5 mo
Lol, that takes some balls to do that, I’m sure the Gen respected the nuts to do that. But I’d guess the meeting with Sgt Major didn’t have much to do with respect, I envision it came with endless shit details.
(0)
Reply
(0)

SGT (Join to see)
Posted >1 y ago
During a night jump on Holland DZ as a private I saw a group of guys standing around. I was a little turned around, so I went up to the first one I saw and asked him "Who the fuck are you?" He replied, "I'm Major General Scapperotti." I panicked and barely got my name out. One of his posse spun me around and pointed me in the right direction. I don't know if I've ever ran that fast with a ruck on ever.
(33)
Comment
(0)

Sgt Ken Prescott
Posted >1 y ago
Well, this was an E-2 horror story, but it's still pretty good.

I was assigned to Wing HQ at MCAS El Toro, a brand-new PFC...and I got assigned Squadron Duty Clerk. Basically, answer the phone if the Squadron Duty Officer wasn't there.

Well, an old lady called from Leisure World, complaining about the planes doing touch and goes, and how much noise they were making.

I ask, "Ma'am, did any of those planes have a red star on the wings or tail?"

It was worth getting chewed out in stereo by two Sergeants Major...especially because neither of them could keep a straight face.
(30)
Comment
(0)

Sgt Dale Briggs
5 mo
I don’t see why they’d chew you out, she knows she’s close to an air station, so no shit it’s loud. They expect you to call the wing commander and tell them to stop? Great story though.
(0)
Reply
(0)
Show More Comments
Read This Next
RallyPoint Home