What has led modern soldiers to become twice as susceptible to suicide? 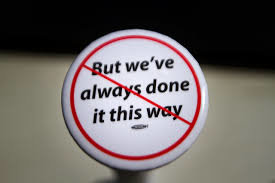 There's nothing wrong with any of these things however I began recently to wonder if we're not going about this the wrong way. Everything here is a reaction to a symptom. What if instead of reacting to and treating the symptom we look for and treat the cause?

Here is something I came across and think is worth sharing.

What has led modern soldiers to become twice as susceptible to suicide?

"'The self-esteem generation'
Some answers lie in present military lifestyles and in the multiple deployments of soldiers to Iraq and Afghanistan — but also in stark psychological distinctions between today’s 20-somethings and the mindsets of past generations, according to Rudd and to veterans of recent and past U.S. combat actions.

“The fact is, nobody really understands what it means to be at a wartime, operational tempo for more than a decade,” Rudd said. “What that means for soldiers is: When they come home from those deployments, they’re never really off duty.

“They get block leave for a month or so when they get back (from war) and then they’re right back in the field, training. Even at home, you’re away from your family. That level of disconnection is a big deal,” Rudd added.

And at military garrisons on home soil, some service members stay and sleep in private quarters versus the packed barracks of long ago. Rudd said he was surprised to see such a setup earlier this year when he visited the 29 Palms Marine base in Southern California.

“They had their own TVs, no common areas. Entitlement has grown in younger generations and society has embraced that, giving in to the entitlement,” Rudd said. The military has “made decisions in accommodating these kinds of requests for more privacy and more seclusion by isolating (soldiers) even further.

“This group is the self-esteem generation. My worry is they have not dealt with enough challenges, enough disappointments in life for many of them to build the kind of resilience that is foundational when you go to war,” added Rudd. “This has led to many of us to having thin skin. That doesn’t bode well when you go to war.”

But suicide is not solely a military phenomenon, said Cynthia O. Smith, a spokeswoman for the Department of Defense, who described suicide as “a national public health problem” and the 10th leading cause of death for all Americans.

The Pentagon has, however, rolled out numerous anti-suicide strategies during the past three years, including a 35-percent boost in the number of behavioral, health-care providers who work in primary-care clinics or who are embedded with front-line units, Smith said.

“Suicide prevention is first and foremost a leadership responsibility. Leaders throughout the chain of command must actively promote a constructive command climate that fosters cohesion and encourages individuals to reach out for help when needed,” Smith said. “Seeking help is a sign of strength.”

They went through 'harder times'
But such collective emotional strength may be lacking in today’s warriors when compared to past generations who were perhaps better steeled for battle by the epic financial hardships they faced at home, said Barry Hull, a retired Navy commander and former F/A-18 Hornet pilot who flew missions in the first Gulf War.

“Stress is all about coping skills. World War II was just as difficult as war today. But think about what the World War II (soldiers) had just come through: The Depression. What creates our coping skills? Trauma, difficulty, adversity,” Hull said. “I’m not stereotyping individuals. I’m stereotyping populations. I’m not saying youngsters today are any less – don’t misunderstand me. But our lives tend to be a little bit less adverse. We typically do not develop the coping skills that some of the older generations did.

“So you take a young, patriotic guy. He goes over (to Afghanistan or Iraq) and sees things he can’t even comprehend. And so what does it do? He tends to feel the effects of that stress more fully because he has not developed the coping skills that the older generation has developed,” Hull added.

One Iraq veteran who can speak intimately on the suicide epidemic is Andrew O’Brien, who was diagnosed with Post Traumatic Stress Disorder and who knew a 19-year-old soldier — with a wife and child back home — who died in an explosion. That 2009 family tragedy left O’Brien asking: “Why couldn’t it have been me?” In 2010, after returning to his Army base in Hawaii, O’Brien tried to kill himself by swallowing several bottles of pills, including sleep medication and anti-depressants. He awoke in a hospital the next day.

“That older generation, they went through harder times, the Depression, and they had so many worse things going for them. I feel like it made them more prepared,” said O’Brien, who has written an anti-suicide guide and who is scheduled to speak this weekend in New Orleans about his experiences.

But among older and younger veterans, there is one common thread that perhaps leaves both groups vulnerable to post-war struggles, O’Brien said. It is a basic tenet of Army teaching and military character.

“We are trained to be selfless. Being selfless is good when you’re deployed. You’re constantly making sure you’ve got your buddy’s back," O’Brien said. "But when you come back, it’s not good. And you have to live for the rest of your life with survivor guilt, with the fact that we lost that person.”"
Posted in these groups:

MCPO Roger Collins
5 y
You should get another star for that one, David. I was just thinking how the issue is a matter of giving up to the system because one believes he/she has no control of their lives and take the easy way out. I tried to find the stats on how many of the suicides were committed by military, Vet, AD or Retiree that have never been near combat and it was high. Life is tough, then you die, but ever since I was a child, I fought the environment and flourished by fighting back. Still do, as a matter of fact.
(2)
Reply
(0)

SCPO David Lockwood
5 y
MCPO Roger Collins - Well said MCPO! I remember not winning a trophy in little league. We were told to stop crying, practice, get better and then next year you have a chance to win. I have always been the under dog and I always fought to gain what I have and achieved in life. I'm damn proud of what I've become and if others don't like it then I DON'T CARE!!!!
(3)
Reply
(0)

SGT David T.
Posted 5 y ago
My take on this is first repeated deployments with very little break in between. Combine that with insufficient and ineffective reintegration programs (they told us not to point weapons at family members). Also factor in laughable transition programs like the Army's ACAP that does NOTHING to help someone leaving the service. And to top it all off is when we get out of the military there is in many cases a loss of identify.
(4)
Comment
(0)

MAJ (Join to see)
5 y
SGT David T.
I posted a separate comment with a study showing soldiers with combat tours are NOT at greater risk. Check it out.
(0)
Reply
(0)

SGT David T.
5 y
MAJ (Join to see) - In the very article you linked it said "Multiple deployments appeared to influence the rate somewhat, with those who deployed more than once experiencing a rate of 19.92 per 100,000." so yes multiple deployments are a factor as I stated earlier. Also, I do not have access to their raw data so I cannot say for sure if their analysis is correct. Even something simple like how is "being in combat" even defined?
(0)
Reply
(0)

MAJ (Join to see)
Posted 5 y ago
CPT (Join to see) COL Mikel J. Burroughs
Are we looking at the wrong problem?

A large study of nearly 4 million U.S. service members and veterans found that deployment to Iraq and Afghanistan is not associated with an increased risk of suicide.

Appearing in JAMA Psychiatry online on Wednesday, the study by researchers at the Defense Department's National Center for Telehealth and Technology, or T2, indicates that although the suicide rate among active-duty personnel has increased since 2001, the rate for those who deployed to a combat zone was roughly the same as for those who did not.

Rather, the study found that the military group at highest risk for suicide are those who served in the military for less than a full enlistment.

In fact, the suicide rate among those who served less than a year was 2.5 times the active-duty rate, according to the research.

And those rates remained extremely high among those who served less than three years.

Study: No link between combat deployment and suicides

A large study of nearly 4 million U.S. service members and veterans found that deployment to Iraq and Afghanistan is not associated with an

MCPO Roger Collins
5 y
Thank you COL, I was looking for that report. This is a systemic cultural issue and some of these brain trusts should be looking into why rather than using a Band-Aid approach.
(1)
Reply
(0)
Show More Comments
Read This Next
RallyPoint Home