What should I expect as I transition from the Marines to Army Cav Scouts? What are some do's and don'ts? 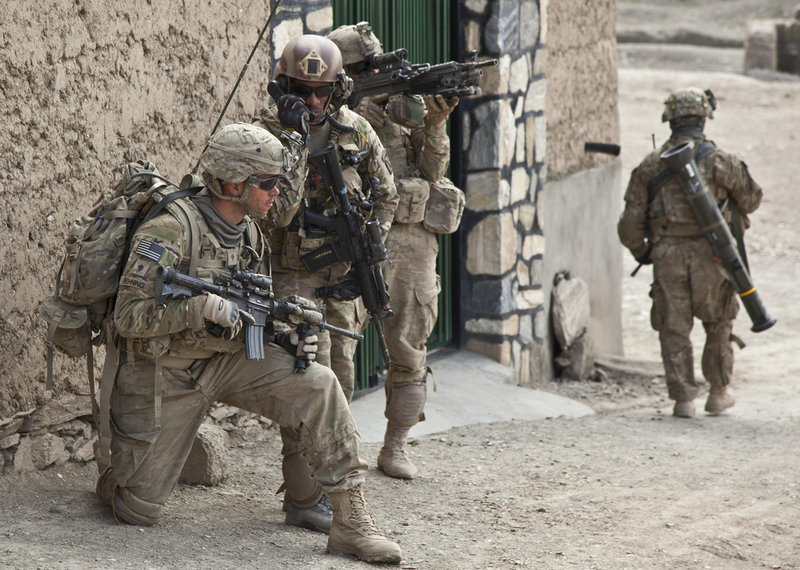 MAJ Raymond Haynes
Posted >1 y ago
After being both enlisted and commissioned in the Marine Corps, I transferred to the Army National Guard as a CWO-2. I never really told anybody about my Marine background, but the word seemed to spread throughout the unit. When asked why I transferred from the Marines my standard answer was "To be the best Army Warrant Officer, I can be" I eventually was turned back into a Captain, then promoted to Major, and the same mindset held true. When you make the decision to switch from one service to another, never loose your pride for your former service, but realize that your new service deserves the same respect, pride, and 100% effort, that you put into your original branch. The job you do and the people you lead deserve nothing less, and your professionalism as military member will naturally show through.
(118)
Comment
(0)
show previous comments

CWO3 (Join to see)
3 y
Keep doing what you did to become a Sergeant of Marines and you'll be fine. Professionalism is universal. You will have a learning curve with differences between the two branches, but leadership is the same in any unit. In other words bloom wherever you're planted. Good luck and Semper Fi. Will
(1)
Reply
(0)

SGT John Wells
3 y
I also went from the Marines to the army. I was surprised to meet many Marines turned soldiers. For most that I've met, including myself, we all still held a lot of pride and respect for the Marine Corps. But also came to love the army as well.
(4)
Reply
(0)

MSgt (Join to see)
3 y
I applaud all the comments. Professionalism, pride, and your "Follow Me" spirit are what your troops deserve. I switched from Army (Infantry and Cav Scout) to Air Force Security Forces. I met many former Soldiers and Marines who also switched; our reasons were sometimes different (RIF, break in service, etc), but everyone who embraced their new service and the cultures that came with it succeeded, those who couldn't let their old service go did not succeed. The best way to honor your previous service is to excel in your new service.
(1)
Reply
(0)

1SG Patrick Sims
3 y
I also went from the Marines to the Army. I'll always be proud I was in the Marines, but everyone I know who made the same transfer never regretted it.
(1)
Reply
(0)

LTC (Join to see)
Posted 3 y ago
You'll have to start using silverware in the chow hall.
Grunting, farting and yelling ooorah will no longer pass for intelligent conversation.
Your equipment will no longer be older than you are.
PT will still suck, just in a different way.
(66)
Comment
(0)
show previous comments

CWO3 (Join to see)
3 y
GySgt Gunnar Ulfsax - so you know the deal on Gen Gray, when he had 2d MarDiv he would get in his POV and visit units without aide or staff car and flag, he loved 2d Tank BN for some reason, some nicknamed him Uncle Al the tanker's pal, maybe because he was built like one, he walked up on one kid on the ramp and while the kid was on his back nudged his leg, asked him how he's doing, the kid didn't know who it was so tells him something like F off I'm working here, then he crawls out to see the 2 stars, more than once somebody would run to any given BN's CP telling them a General is walking around on the lot, while at WOBC a classmate, Jerry Kressler had been an armorer (SSgt) at 8th & I before making WO, he said then CMC Gen Gray would get in his station wagon on weekends and drive down to Quantico to fish at lake near Engr Test Branch, no escorts and in blue jeans and floppy fishing hat, it drove the security details nuts but who was going to tell him he couldn't? his house at Marine Barracks is right on the Parade Deck for the Evening Parades, more than once he would be walking around in blue jeans with a Budweiser before folks started arriving for the E. Parade, it was his house and yard so why not? more seriously though he brought back emphasis on every Marine being a rifleman, requiring Company Grade zero's to take the Warfighting PME, rear area units got serious about Rear Area Security with gun teams and the rest, he realized the Corps needed to get back to basics for future war(s) and it turned out to be timely decision
(1)
Reply
(0)

GySgt Gunnar Ulfsax
3 y
CWO3-
Now that you mention it, I remember how he loved the 2nd Tanks!
If I remember correctly, when I saw him in the field, it was at a "Solid Shield" FX. It's the same year we were pulled from the field to the tarmac for Panama's "Just Cause". I do remember going by an LZ where the Cooks were expecting him to eat while in the field, after talking to a couple Marines there, they said he never set foot inside of it! Anyways, I'm sure there are a lot of stories on him, but yes, he brought the USMC back to our roots! Semper Fi!
(0)
Reply
(0)

CWO3 (Join to see)
3 y
GySgt Gunnar Ulfsax - don't know for fact but the rumor was that soon after becoming CMC he went door to door with a baseball bat at HQMC, asking full bird's what their job was, they'd reply they were deputy to the second guy from the left or similar and he'd tell them BS, get down to Manpower and tell them you need orders to the FMF because your job is leading Marines, he shook up the "run for lunch bunch" also, many would secure for chow mid-morning and return mid afternoon so they could run a daily half-marathon, that came to a screeching halt when he got the word out they could do that on their time because his focus was on load bearing and endurance vice being able to run real fast in PT gear
(1)
Reply
(0)

GySgt Gunnar Ulfsax
3 y
CWO3- That's too funny! I bet them "full birds" were really crying! Lol
* When we were in Desert Storm, before we went up to the border, we were at a fob by the port, and I remember driving by a full bird, and a major, both sweating like crazy and still filling sand bags. I asked around, and was told that the CG on the fob LOVED to make field grade o's fill sand bags to re-claim their side arms that they "forgot" in the mess hall! Not sure who the CG was there, but he had my respect! Lol
(0)
Reply
(0)

SSgt (Join to see)
Edited >1 y ago
Posted >1 y ago
Prior service Marines have been some of the best soldiers I have served with. If you can get over the fact that the Army isn't the Marine Corps, you'll do just fine. In my experience Marines get a little extra respect. The only thing I saw once was a guy who just couldnt shut up about how much better the Marine Corps was. It didn't bother me (my mindset was, "yeah and so are Rangers; but we are what we are,") but some guys got tired of it. I think that was what some of the other comments about not trying to bring the Marine Corps in were angling at.
(29)
Comment
(0)
show previous comments

CWO3 (Join to see)
3 y
Good point SSgt. Most of the trash talkers aren't that hot themselves. Some even lie outright about their unit/service. It's part of their self-image they bake up for folks at home and probably not just the USMC. The ones that have been in the fray usually keep quiet about it. Point well taken though, and although I've never been in a position to experience it I know it's there. It's all over social media, the tough talk etc. Until someone asks what unit they were in and where did they serve and it's usually *crickets*. The real deal warfighters that have served jointly with other branches are mostly professional and have respect for their fellow Warriors, unless they were directly involved in a bad situation or know about it. I once responded to a post about all the hazing issues at Parris Island. Almost all from the 90's and later were saying how tough boot camp was and that they were beaten daily and so forth. I went through 3rd BN at PI in 78 and it was no cakewalk, but unless injured anyone that resolves not to quit could survive. I know how hard it was and never felt the need to make it seem worse to others. I also know from relatives that served in USMC in WWII that it was much harder then, same as Korea and Viet Nam. But although we may have been roughed up at times there were no daily beatings, and I threw the BS flag on those recent Marines that claimed there were. I tried to put some sanity on some of the posts and was bombarded with negative feedback. Not saying it hasn't happened, just that the stories on FB and others are mostly BS. The real story doesn't get as much mileage back on the block and some take advantage of it. The old Corps term for that was Feather Merchant.
(5)
Reply
(0)

Pvt Mark Carroll
3 y
PI 1966 plt 220 the DI's did the job that needed to be done. Take a group of kids, city street punks (like me philly )country boys and misfit young boys. Break them down to a functioning unit as one . In a few short weeks . Knowing a lot of them were goin to VN . And some never coming back . I am here to say SEMPER FI to the DI's
(2)
Reply
(0)

MAJ Raymond Haynes
2 y
CWO3 (Join to see) - I went through 1stBN PI 1975, and we were never physically "beaten" by the DI's. I did however for some reason attract the attention of SSGT Watson who would grab the back of my neck and tell me that he could kill me anytime he wanted. He did this from about training day 3 until we graduated, and I ended up the Honorman. Go figure
(0)
Reply
(0)
Show More Comments
Read This Next
RallyPoint Home