What was your defining moment when you thought that I can do this Army/Navy/Air Force/Marines?

SFC A.M. Drake
50.9K
8
8
0
0
0
What was your defining moment when you thought that I can do this Army/Navy/Air Force/Marines? As far as a career goes? Midterm? ETS?
Posted in these groups:

PO1 William "Chip" Nagel
Posted >1 y ago
3rd Duty Station, Just put on E-5 Everytime I turned around they were putting more on my Plate, Dept Career Counselor, Command Photographer, NWP Custodian, Security Alert Team and Asst Dept Head. Little to no oversight. I fell in love with it then probably.
(3)
Comment
(0)

LT (Join to see)
Posted >1 y ago
My was on my first patrol as a non-rate. We went to some really neat places and the people I worked for and worked with were just awesome. That is when I knew the Coast Guard was the place for me. Since that day, I never considered getting out. I am a lifer and the Military continues to treat me right. I will continue to serve my country faithfully and happier than ever, until they show me the door.
(2)
Comment
(0) 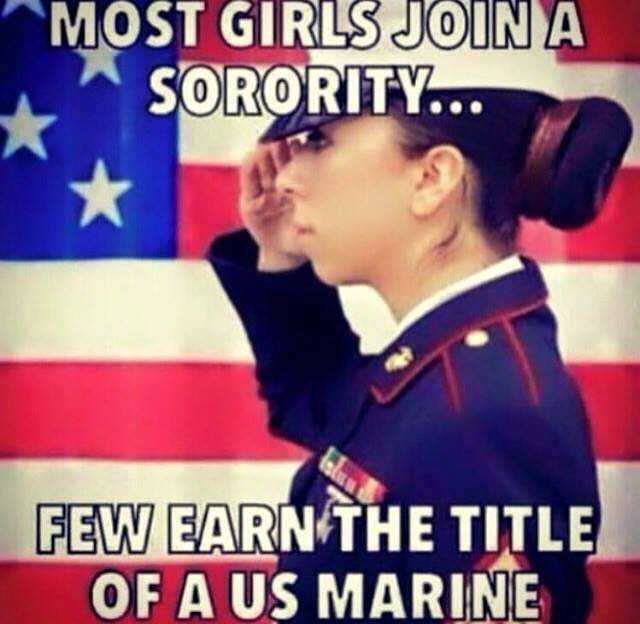 Oye.... Quite honestly, I spent the entire time at Parris Island, thinking that, at any moment, I was going to be yanked out and put into another 'cycle.' It wasn't because I was bad at anything, or because I totally sucked at being a Marine, but I had this absolute terror of not being GOOD ENOUGH, when every single generation of my family, since 1775, has served in the Marines. It was my personal nightmare, and I pushed myself, and never lost that fear of not being good enough, until the moment that SSGT Condon put that Eagle, Globe, and Anchor into my hand and called me Marine for the first time. A total loss of military bearing in that moment, as I stood there, with tears rolling down my cheeks, and absolutely shocked by the sense of relief that made me weak in the knees.
That was my moment. I had no doubts about doing the job, not a single one about wearing the uniform with pride and serving the country well, my single fear, was the idea of not being good enough to wear the uniform, and I felt that until that very second that my fingers curled around that emblem.
(1)
Comment
(0)
Show More Comments
Read This Next
RallyPoint Home