When will Army BCT go back to normal?

C Eaves
3.13K
156
33
4
4
0
So apparently at Army BCT masks must be worn even while doing PT for at least the first couple weeks, there won’t be combatives, chow hall will only be at 50% for the beginning weeks, Yellow Phase, etc. Will this all go away when the masks ban is lifted? When the election passes? Do anyone have any idea? I’m hoping to join, but no way am I going to join while such measures are happening.
Posted in these groups: 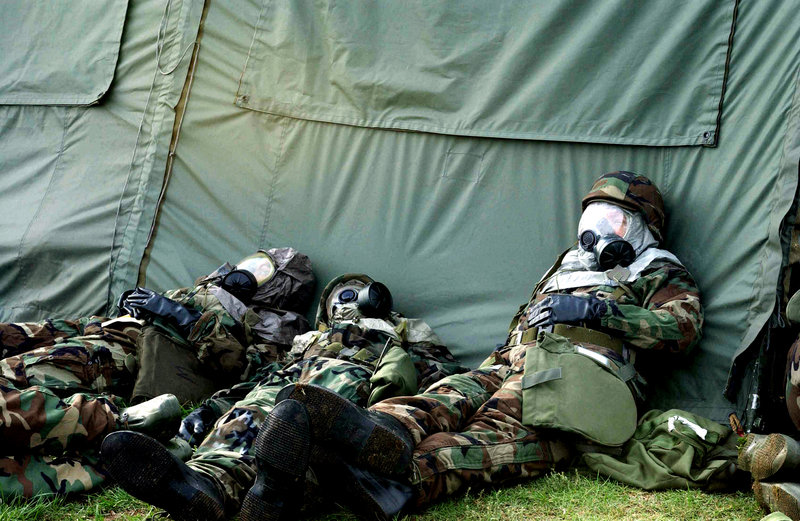 So, you can't join because of the paper or cloth mask BS? What are you going to do when you are told to be in MOPP4 for hours on end? BTW, the guys in the pic (Air Force), are in MOPP4 during their down time, and are sleeping in the gear.

We don't need you, but thank you for your interest, and we'll call you if we change our mind.
(14)
Comment
(0)

Capt Gregory Prickett
10 mo
SPC (Join to see) - the Air Force is way more serious about MOPP than the Army, which really surprised me until I thought about it. They expected the Russians to gas their bases, and that it would still have to operate. It was easier for me as an Air Force grunt than it was for the mechanics, pilots, munitions, and other operational people. Think about it for a second. You would still have to repair that A-10 or F-15, while wearing MOPP. I can't image it.
(2)
Reply
(0)

If you think it’s a hoax, welcome to the Army where no one consults your opinion before making policy decisions.

SSG Steven Borders
10 mo
C Eaves - The only thing is Caleb is that their will always be mesasures, conditions and inconveniences in the military. It is what we signed up for to adapt and overcome. That's the military way. You "hope to join, but no way am I going to join while such measures are happening". That's something you need to overlook if you want to join.
(1)
Reply
(0)
Show More Comments
Read This Next
RallyPoint Home