Why do people take extreme risks to save the lives of others? 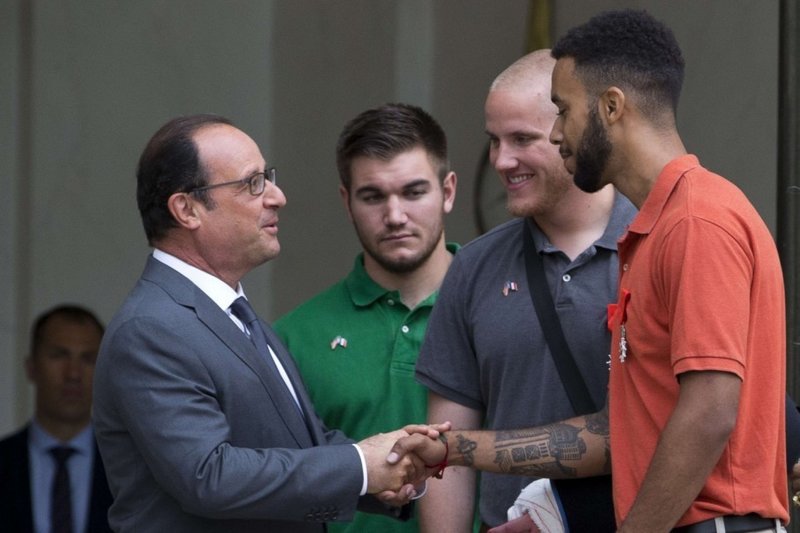 We grow up being taught to look before we leap and think before we act, especially in dangerous situations. In its booklet on dealing with “active shooters,” the Department of Homeland Security lists confrontation as the “last resort,” after, among other things, taking note of the nearest exits and locking yourself in an office. Police tell us not to confront someone “armed and dangerous.” And our spouses and other loved ones tell us, “don’t be a hero.”

Yet it turns out, according to a recent study of why people take extreme risks to save lives that are at immediate risk, that the ones who do indeed come to the rescue, like the three Americans on that French train, are those who completely disregard all that advice.

If you stop to contemplate whether to act when the danger actually confronts you, you probably won’t, the study suggests.

And the answer to the question “what were they thinking when they risked their lives?” is that they weren’t thinking, at least not very much. They just did it. If you think about it too much, you won’t.

Yale scholar David Rand called it the “danger of deliberation” in an interview with The Washington Post, and it appears to be the biggest deterrent to what he calls “extreme altruism.”

The study does not take issue with such warnings, urge any course of action or pass moral judgment.

http://www.washingtonpost.com/news/morning-mix/wp/2015/08/24/american-heroes-in-france-why-some-people-risk-their-lives-to-save-others/?tid=hp_mm&hpid=z3
Posted in these groups:

SGT Ben Keen
Posted >1 y ago
I think this goes back to the whole Fight or Flight mentality. There are some people in this world that will not take the risk and rather run from the danger while others will just run straight at it. I don't think either reaction is better than the other. We have seen this time and time again. Just take a look at Flight 93 on 9/11. That group of passangers knew they were going to die. They were stuck on a plane controlled by crazy people but they still grouped up and took on the terrorists in order to save the lives of others knowing that they were already dead.

I think that is what really separates us from our peers. Not to say they wouldn't do it, but we signed up to run into the fire. We put ourselves in the line of fire. First responders do the same. We are thankful for those that run towards the issue but I think if everyone did it, we would see more and more killed in these type of effects.
(3)
Comment
(0)