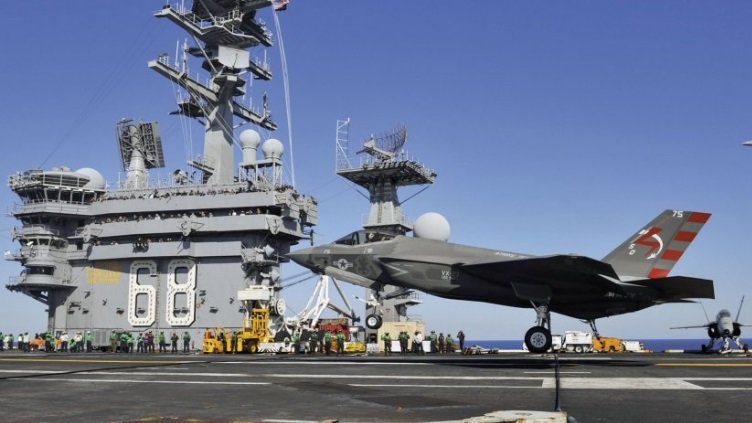 During a late October inspection of the F-35C durability testing ground article, a crack was found in one of its 13 wing spars, Joe DellaVedova told IHS Jane's . Government and prime contractor engineering teams are formulating a solution, he added.

"Initial estimates indicate a modification of approximately a half a pound to the aircraft will fix it," said DellaVedova. "Modifications to planes flying today will be incorporated to ensure full life operation."

The issue is not expected to affect flying operations for any of the three variants, nor will it alter the US Navy's (USN's) ability to meet its planned Initial Operating Capability (IOC) for the C-model in August 2018, according to the JPO. The cost of the retrofits is not yet known.

The F-35C durability test article had already accumulated more than 13,700 test hours, which equates to 6,850 flight hours or more than 20 years of operational flying, according to DellaVedova. "All current F-35Cs flying today have less than 250 flight hours," he added. Durability testing intentionally stresses aircraft to its structural limits by applying cyclic loads to the airframe to simulate operational flying in order to identify weaknesses and potential corrective actions.

The F-35C variant is distinguished by its larger wings and more robust landing gear, designed for catapult launches and arrestments aboard naval aircraft carriers, and its wingtips fold to allow for easier storage aboard a carrier.

http://www.janes.com/article/55987/wing-spar-cracks-found-on-usn-f-35-variant
Posted in these groups: