Can some ribbon racks be over the top, or is more always better? 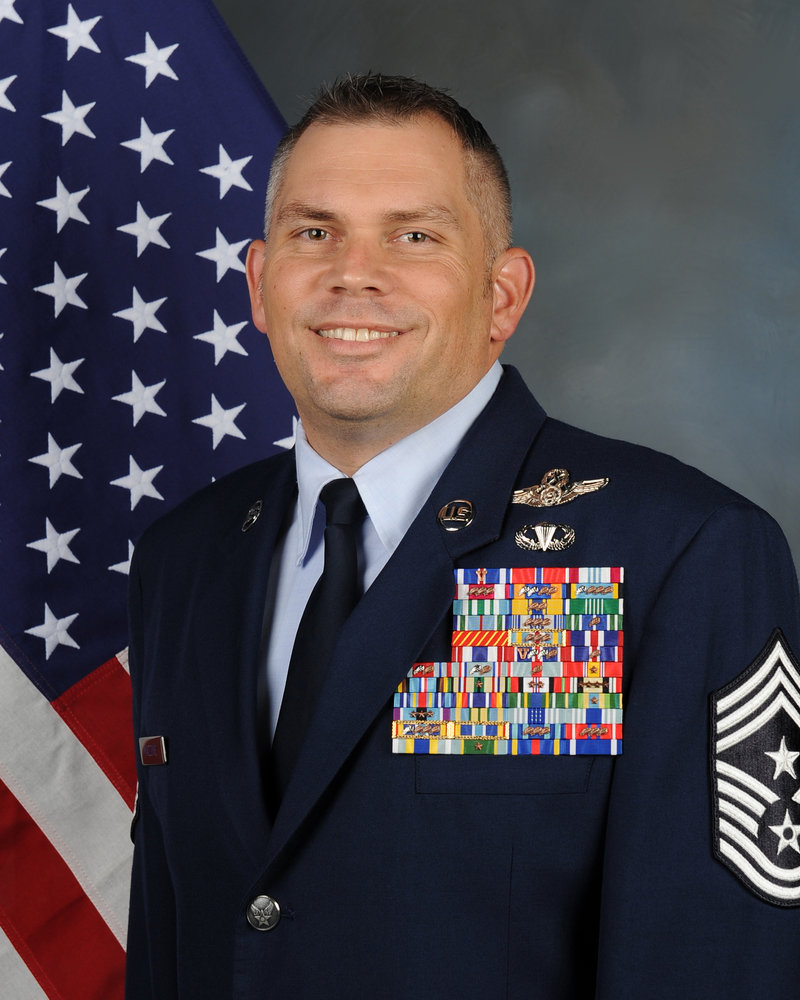 Barksdale just got a new Command Chief for the Bomb Wing a few months ago.

I have to say, I have never see a rack this large on a non-AFSOC type guy and even then, I think he has them topped.

My first reaction was "holy ribbon rack batman!!"
Posted in these groups:

CSM (Join to see)
Posted >1 y ago
Don't understand the point of this post, quite frankly. Are we questioning his eligibility to wear the awards? If not, he is wearing what the Airforce orders him to wear because he earned it. How is it over the top? Lastly, posting a pic of the Command Chief MSgt and discussing his awards in an open forum like this isn't the best idea in the world!
(208)
Comment
(0)
show previous comments

SGT Gary Stemen
>1 y
I would think when you are authorized to wear more than 30 ribbons, there should be a smaller size that would be available.... decorum and neatness are foremost....
(1)
Reply
(0)

1stSgt Sam Damewood
>1 y
NEVER wore near all I was authorized.
After a while it just gets silly as hell. Start looking like the president of some 2 bit Arican/South American country
(1)
Reply
(0)

PO3 John Leonard
>1 y
While I spent my career in the Navy my father is a retired CMSGT, on the rare occasion that he had to wear something other than fatigues I was always surprised that he only had 4 rows of ribbons. Then on the day he retired the General had ordered him to wear all of his ribbons. Turned out that it was 7 and 1/3 rows. When I asked him why he didn’t wear them all the time his answer was simple and humble. He only wore the ones that he felt he earned, not the “Participation” ribbons, unless he had to. Plus anything more than 4 rows became difficult to function.
(4)
Reply
(0)

LTC Wayne Brandon
>1 y
SGT Gary Stemen - I would agree that a different size might be appropriate in such cases as it tends to over-whelm the uniform to the point that is all one sees.
But in any case, until that happens (if ever) he is supposed to wear them and he should by all means do just that.
(0)
Reply
(0)

I have 7 ribbons total, But 3 of them have a great deal of meaning to me (Iraq Campaign Medal W / Service Star, ARCOM, and Armed Forces Reserve Medal with M device) these 3 Mean allot to me since I earned them serving in Iraq and doing my best to support our operations for OIF.
(67)
Comment
(0)
show previous comments

MAJ Tom Hutton
3 y
Wheelz I think you cherish that apron of yours too! #HardHustle
(0)
Reply
(0)

LTC Wayne Brandon
>1 y
LTC Lowell Marx - Yep, it happens. My son was awarded an AAM as a Marine assigned to secure an LZ in Haiti following the overthrow of Aristide in '04.
The citation stated (paraphrased) a number of civilians with various weapons numbering approximately 300, attacked the helicopter as it landed in order to gain access to the food being brought in for that community. LCPL Brandon led his security unit consisting of five other Marines from their established post to the landing zone forming a security perimeter immediately around the aircraft assuring the safety of the crew, the aircraft and its cargo by repelling the attack thus giving time for the aircraft to leave the area undamaged.
(0)
Reply
(0)

CPT (Join to see)
3 y
CMSgt Bill Yarnall - I was thinking he would have been an AC-130 Gunship Aircrew. I would assume he would have Master Jump Wings at that rank if he was a PJ. Aircrew makes the most sense for how many tours and the presence of multiple Distinguished Flying Crosses he has. The Joint medals make me think AFSOC. I know AC-130 crew from 4th SOS received the Distinguished Flying Cross.

Ultimately, I am impressed with the resume this Senior NCO is wearing. I'm always fascinated by the story a uniform can tell.
(0)
Reply
(0)

SrA Tony Cos
>1 y
LTC Lowell Marx - Probably got it in a joint exercise. I knew some AFSOC guys with NavComs aswell.
(0)
Reply
(0)

Sgt Russell Hilker
>1 y
If a military man or woman is awarded a medal or medals, they deserve to wear them!!! End of conversation!!!
(1)
Reply
(0)
Show More Comments
Read This Next
RallyPoint Home