Col Joseph Lenertz
8.96K
137
43
11
11
0
I like the A-29 Super Tucano best, because it's cheap to buy, it's available NOW as an attack plane (so we don't pay the engineering or dev costs to modify a trainer), it's REALLY cheap to fly and maintain, and it's simple to fly. In permissive air environment wars, we can even train the local allies to fly it, which helps relieve the AF pilot shortfall problem. 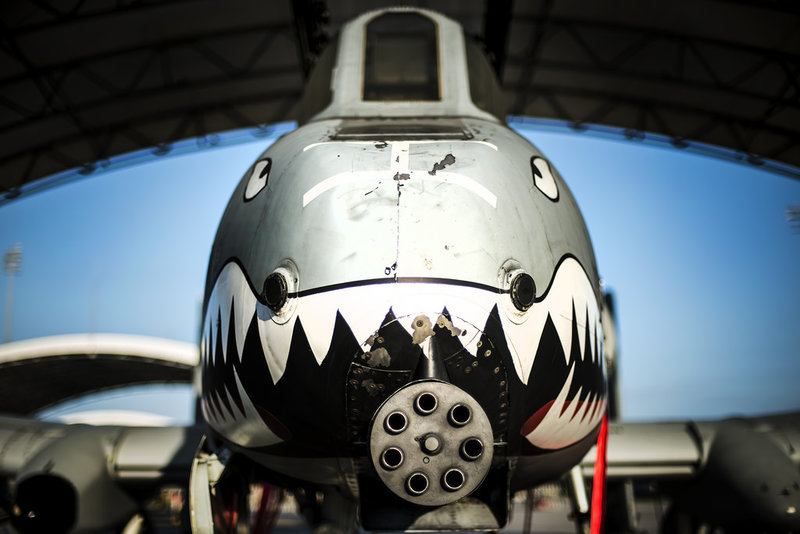 Posted from theaviationist.com
Posted in these groups:

MSgt Robert Pellam
Posted 4 y ago
Ahh the question again. I think leadership is missing the point of the A-10. Its not about the ordinance dropped but the A-10 excels, its not about the CAS advantage, although the A-10 has it. IT is about the pure moral and fear factor the A-10 brings to the fight. Its the personification of violence and support that the A-10 excels at more than any aircraft in the AF. In the Vietnam war we lost the hearts and minds of South Vietnamese by Several different ways. One was carpet bombing their own lands. This impersonal delivery of violence to the home of the people we were sent to help had an adverse effect on them with good reason. We took those lessons and the lessons of other attack aircraft in Vietnam and behold the A-10 was born. This is a ground ponders best friend. Nothing brings more joy to a infantry persons heart and terrorizing fear to the enemy as when they hear that phrrrrbbbtttttt of the 30 MM Cannon wiping out a enemy position. Yes I understand prop planes, and the F-35 and even the Scorpion can hit the enemies with ordinance. I understand the loiter times of large B-1 and B-52's and their array of weapons can devastate more targets. But these are just high flying airplanes. the Whine of a Turbo prop engine doesn't spell fear as it did in the early 1940's. My suggestion. Rebuild the A-10. Start with a better 30 mm Cannon and build the plane back around it. Modify where new technology that already exsists and include new state of the art structures. Keep the similar look that has been proven to take all sorts of damage and laugh it off. Then with that redesign either call it the A-11 or the A-10Z model.
(11)
Comment
(0)

PO3 Steven Sherrill
4 y
MSgt Robert Pellam A-11 Shitstorm Being that if you are on the receiving end, that is where you find yourself.

I agree that if they want to replace the A-10 they should take a similar approach. The simplicity of design is part of what makes the A-10 so great. It's not digital. It's not computer controlled. It's not going to fly circles around enemy aircraft. What it is going to do is insure that the enemy on the ground has nightmares. It is going to raise the spirits of friendly forces on the ground knowing that the valkyries have arrived over the battle field. Surely that is worth at least looking into?
(4)
Reply
(0)

MSgt Robert Pellam
4 y
PO3 Steven Sherrill - I was just going to up vote and walk away but I have to say. the A-11 Shitstorm has a nice ring to it. If it comes up I will make it my personal quest to ensure you get credit for that name! Love it.
(2)
Reply
(0)

Sgt Mike Sarris
4 y
MSgt Robert Pellam - Thank you for saying what I have since I left the USAF. There is nothing that strikes more mortal fear into the enemy than the "Devil's Cross" bearing down on them, and our guys know as soon as they hear the A-10's are on the way, they're gonna make it out alive.

Maj James Tippins
Posted 4 y ago
Col Lenertz, is there a "YOU'RE JOKING" button in the comments section here? Substitute a prop ac for the Hog? You cannot be serious!

The Warthog is THE definitive CAS aircraft in the world. It does a simple job with a simple platform. It can be upgraded forever and will just get better with age.

I really do not understand how our leaders cannot see the way to go forward in the future. Why spend billions developing a newer platform when this one works great? Why reinvent the wheel? It's not like the Warthog is a better platform than any prop driven ac...wait, IT IS!

And replacing the A-10 with the Joke Strike Fighter is just absurd.

Come on leaders, get your heads outta your bums and make the right decision!
(9)
Comment
(0)
show previous comments

Col Joseph Lenertz
4 y
Maj James Tippins Love the A-10. Perfect CAS platform. But I can't convince the small companies who made parts for it to return (some have gone out of business). A-10 maintenance costs continue to curve upward. It has been upgraded, it CAN be upgraded some more (but at a cost far beyond the A-29). It cannot be upgraded forever. Sorry. The budget ends up driving our choices.
(2)
Reply
(0)

Maj James Tippins
4 y
Col Joseph Lenertz - Was the Buff any different, Col Lenertz? Seriously, I do not know but it was introduced 2 years after I was born and is still kicking.
(4)
Reply
(0)

Col Joseph Lenertz
4 y
Maj James Tippins - Too true. I've flown "Ole Grandad", tail 55-3130 as a KC-135A pilot. I love the tanker. And love the A-10. Numbers matter for diminishing parts manufacture...there were ~700 Buffs and ~600 KC-135s built. Hundreds of each at DM as a "pick n pull", we spent a LOT re-engining and re-winging and re-flight management system them, and still we spend a LOT keeping them flying. There are A-10s at DM too...I don't know how many, but not hundreds. I cannot and will not defend the JSF though.
(5)
Reply
(0)

Col Joseph Lenertz
4 y
TSgt Brian Attaway - Yes, 3D printing could even be done by blue-suiters in a backshop, saving millions on older airplanes. Would love to see it advance to the point where it could print all the old parts...in steel, aluminum, beryllium, everything.
(1)
Reply
(0)

The airframe was built around the gun. It has been a dedicated CAS aircraft from its inception, and in the immortal words of Carly Simon: "Nobody does it better."

JSF is going to be like taking out your star linebacker, and putting in the kicker. Sure it fills the role, but does it do so effectively, nope.
(8)
Comment
(0)

Col Joseph Lenertz
4 y
Agree. But this article was not advocating for the JSF.
(3)
Reply
(0)

PO3 Steven Sherrill
4 y
Col Joseph Lenertz - I understand that, but the aircraft that the AF is talking about replacing the A-10 with is the JSF. So while it is fun to speculate what each of those aircraft might do well and poorly, it is just that a fun speculation. The sad truth is that so much money has been poured into the development of the JSF that it won't surprise me if they strap marines to the wings, and use it a transport. They are going to have to get as many uses as they can out of the aircraft so they don't have to admit that it was a waste of resources.

I will say it: It was a waste of resources trying to develop a single airframe to replace the A-10, F-16, and AV-8B. Problem is, swiss army knives are great for camping, not so much an Air Force.
(2)
Reply
(0)

Col Joseph Lenertz
4 y
PO3 Steven Sherrill - Yes, that is very true. It actually makes me sad, because I "root" for the AF and I see the JSF has a huge money pit. I cannot defend it. So this article was just a bit of fun, as you say.
(3)
Reply
(0)

PO3 Steven Sherrill
4 y
Col Joseph Lenertz - Always sad when something you are hoping is going to be awesome turns out to be more of a polished turd.
(3)
Reply
(0)
Show More Comments
Read This Next
RallyPoint Home