Should veteran status be reserved for those who have deployed? 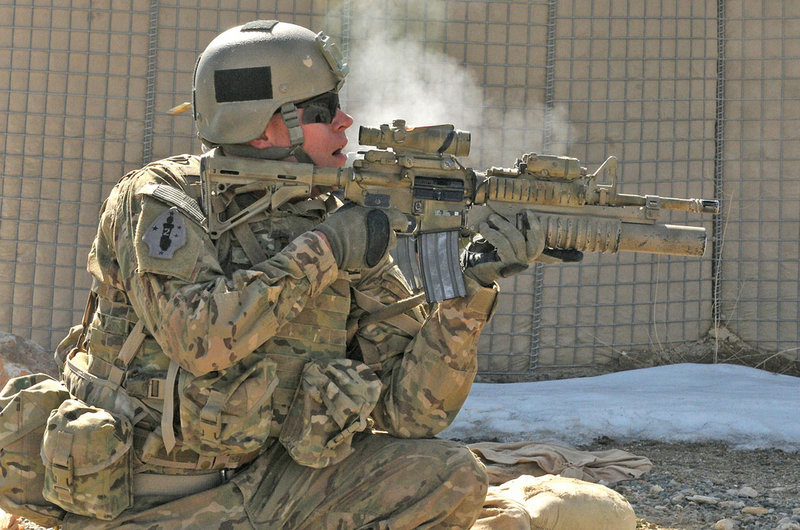 This one has come up a lot in conversations with my peers and Soldiers: Should you be allowed to claim veterans status if you have never deployed?

Personally, I'm an ROTC graduate who chose to go straight into the ARNG in 2011, knowing full well that my chances to deploy would be next to none with the changing op tempo. Realistically, had I been actively searching out a deployment the whole time, I still may not have gotten one. I'm sure there are Soldiers out there who served honorably in a reserve component without deploying, despite their best efforts. So, for example, should a Soldier who completed basic training, had a clean service record, excelled in their peer group, but ultimately served 10 years as a reservist with no deployment and less than 180 days on non-ADT active service be prevented from calling themselves a veteran?

I have my own thoughts, but I'm more interesting in hearing your opinions. For clarification, I'm speaking more towards the legal definition of veterans status - even if the laws were changed here, there would still be an immense difference between a legal veteran and a legal veteran with several deployments, combat experience, decades on active duty, or a combination of all three.
Posted in these groups: Veterans

PO1 William "Chip" Nagel
Posted 7 y ago
You signed the Dotted Line, You were eligible to go anywhere, anytime. You trained to serve your country in an emergency, You are a Veteran. Just because there was no call for you to deploy is not your fault. Now if you served during wartime you are eligible for the American Legion, If you deployed to Theater during wartime you can join the VFW. I belong to both.
(339)
Comment
(0)
show previous comments

1stSgt Michael Shafer
4 mo
SGT James Shumaker No difference, if you look at any DD-214 there's nothing that says that the veteran was/is a "Combat Veteran". A veteran is a veteran period.
(5)
Reply
(0)

SPC (Join to see)
2 mo
If I wasn't a veteran, the VA would have kicked me to the curb back in 1982 and I still go there in 2020. I suspect somebody young and full of themselves keeps asking this question over and over. It should be at the top of the list of stupid questions answered too many times.
(1)
Reply
(0)

SPC Randy Torgerson
2 mo
Point of clarification, if you served during the cold war, your eligible for the American Legion as well.
(2)
Reply
(0)

SGT Todd MIller
12 d
I am a Legionnaire. I'm a documented 3rd gen veteran. I served through 3 minor conflicts and my unit was activated to go to Desert Storm. We waited at the airport for our turn to go. It was over quickly and we were told to stand down. I don't mind not being in the VFW. What really upsets me is how other veterans look down on my 12 years of service like it was nothing.
(1)
Reply
(0)

SPC Charles Brown
Posted 7 y ago
I spent 12 years serving my country, and now some one says that because I didn't deploy overseas to a "combat" zone that I am not a veteran. Just exactly where does this crap come from? I am proud of my service and despite what anyone says I am and will remain a veteran. Of all the things that can be taken from me, however, my veterans status isn't one of them.
(311)
Comment
(0)
show previous comments

SFC Arthur Morgan
4 mo
Easy, Soldier. Easy on. You served and that is all that mattered. That puts you in top 3% of 'your' generation, that nobody can ever deny you. You're a Veteran and STAY proud.
(3)
Reply
(0)

Pvt SanJuana Méndez
4 mo
Charles, at least there's no fine line between u & ur status. There's no doubt that u served even one full term--one tour of duty.

I'd spent 28 yrs resigned to having washed out as Marine before I met a woman who told me I wz as much a veteran as she is.

She'd been dishonorably discharged during Vietnam War era after she wz found to be pregnant as result of being raped by cabbie who drove her to Women's Basic. When she learned she could request modification of her discharge, she pled her case & it wz determined she wz as much a victim as any woman who's been raped during her tour of duty & wz granted modification to honorable discharge.

With that ray of hope, I applied for healthcare at my local V.A., & have proudly called myself a veteran for 21 yrs now. I discovered TogetherWeServed.com (TWS) some 3 yrs ago & started my profile. Since then, I've been in a limbo of sorts again, coz their standards dictate that only those who served 180 days peacetime, or 90 days wartime, active duty cn call themselves veterans....no ifs, ands or buts. Tho my veteran status hasn't changed for healthcare, fact I served only 79 wartime days keeps me from adding to or editing my TWS profile coz they don't consider me a veteran....nvr mind that I wz honorably discharged under circumstances beyond my control.

It's a blessing that I wzn't raped on my way to Basic or while I wz training; not physically, anyway. Fact is, coz I'm Native American, firstborn, female, I wz discriminated against when--2 months short of 19th birthday--I became family matron after death of only remaining parent. While any male might have been offered hardship, I wzn't made that offer. After dealing with that trauma, I wz effectively "swept out" without benefit of UCMJ.

Fact remains, I served more than ONE day--all that's required for anyone to have served. Same as "once a Marine, always a Marine," once u've honorably served even one day, u become a veteran when discharged. All those of us, including u, who were sworn in risked possibility that we'd be deployed, so we are veterans when honorably discharged. I wear that distiction proudly, & so should u.
(0)
Reply
(0)

Pvt SanJuana Méndez
4 mo
SPC Kara Sport, I like ur attitude. Despite heartache I've suffered as 3x wife, mom, grandmother & great-grandmother, I'm also proud of having been all these. However, I've come to a point in life where being a mom really means nothing.

After my husband of 15 yrs (also veteran) died), I became homeless. To keep me from "camping out" in his van, my daughter provided me with RV on her property to live in. Tho it shelters me somewhat from elements, I'm still virtually homeless coz one creature comfort I don't have is running water, so I use bucket as toilet & must buy trash bags & kitty litter to keep my waste in such way that I cn dispose of it as trash. That, tho, is least if my worries.

I'm more like her child than her mom. While there wz a time when she "hired" me (when her step-dad wz alive) to do yard work, I'm now expected to maintain her yard. Evenso, she laments that, aside from my paying for energy usage (to operate heater/fan, TV &--since Father's Day weekend--minifridge for food storage), I hvn't pd for "shelter." I cn't approach her--NOT coz she's paraoid abt pandemic--coz she cn't tolerate my smelling of tobacco, habit I could have quit already if I hadn't been "walking on eggshells" these past 7 months, trying to gain some kind of respect & satisfaction from her.
Her son, my youngest grandson sees hw she treats me & gives me as much respect as she. I make suggestions & he responds he's doing as his parents do. I ask him to do something or ask him to get something for me & he invariably has reason not to. I complain to my daughter abt his attitude in order to avoid his being punished by his dad & she defends his having ignored my suggestions & requests. Instead, she tells me to do what he didn't do.

I wouldn't wish my situation on my worst enemy! Would u like to trade places?
(0)
Reply
(0)

MAJ (Join to see)
Posted 7 y ago
All who served are vets. Just don't ask them to operate on your dog.
(301)
Comment
(0)
show previous comments

PO1 Robert Ryan
2 mo
Anyone who m wore the uniform is a veteran. You did your duty as you were told to do. Doen"t matter where you served, or what your Jog was. You earned the right to be called a veteran,
(1)
Reply
(0)
Show More Comments
Read This Next
RallyPoint Home