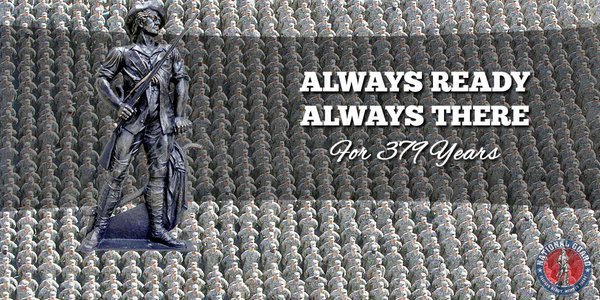 Without a doubt the oldest of the United states Military branches, the US Army National Guard celebrates its birthday on December 13th where it turns 379 years old.

The Link:
http://blog.vision-strike-wear.com/the-army-national-guard-turns-379-years-old/
Posted in these groups:

CPT (Join to see)
Posted 5 y ago
I can say that I have had a great experience with the National Guard. I have done a bit of just about everything in it. From being an NCOIC of a Paintball Team, Mech Infantry Squad Leader, and even being in an Airborne Unit. I am not too sure what else is next but I will sure enjoy it.
(3)
Comment
(0)

1SG (Join to see)
Posted 5 y ago
Served AD and then Guard, been doing it for a long time. Seen a lot of changes in the past 15 years and most have been positive. Looking forward to see what's in stir the next few year! Happy B Day Gaurd
(2)
Comment
(0)

MAJ (Join to see)
Posted 5 y ago
They knew the terrain, had longer ranged muskets, and were good at asymmetric warfare.
(1)
Comment
(0)

SGT (Join to see)
5 y
MAJ (Join to see), Hard to believe it's been 379 years. We had. A couple of NG's go through basic with us. They were good soldiers. I think they both went RA before or right after finishing basic.
(1)
Reply
(0)

MAJ (Join to see)
5 y
Got to love soldiers who try their best because it is the right thing to do, and the posture of the army is depending on them.
(0)
Reply
(0)
Show More Comments
Read This Next
RallyPoint Home