National Guard soldiers say duty keeps them away from home

SSG (Join to see)
13.8K
13
11
0
0
0
On the one hand, it looks to me like the reporters in this video ask leading questions that make it seem like these ARNG soldiers are miserable and mistreated by being activated to support the Flint crisis. On the other hand, when PFC Stevens starts talking about how great staying in a hotel is, I start shaking my head.

Do you think news articles like this end up painting a picture of Reserve Component soldiers as lazy and spoiled? 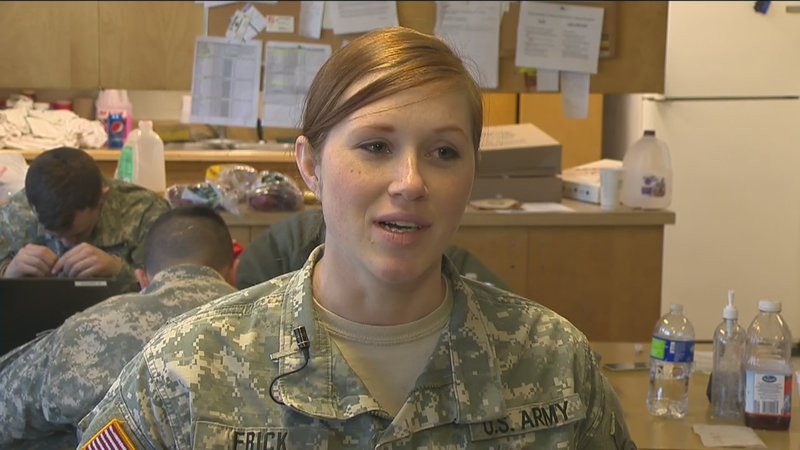 National Guard soldiers say duty keeps them away from home

Posted from abc12.com
Posted in these groups:

MSG (Join to see)
Posted >1 y ago
I don't know that the casual civilian would think that they are lazy or spoiled based on this report. As deployed service members and NCOs I think we see it differently. A month of passing out water in a town a couple hours from home or a year away, half way around the world is how we compare it and put that way it could make a still necessary duty seem insignificant. I think the heart of the report was to show that Soldiers are making sacrifices to help their fellow citizens (even if they are ones they committed to when they joined). Every few years in MN we end up doing flood relief work, it certainly isn't glamorous but it is part of the job.
(2)
Comment
(0)

SSG Hal Logan
>1 y
Done that. Deployed twice , the time away from your family is the hardest
(0)
Reply
(0)

SFC (Join to see)
Edited >1 y ago
Posted >1 y ago
It is the individual soldiers they ask and not the component itself. This is why public affairs exists. For This PFC to go on camera to complain about a duty that she volunteered to do( when she originally enlisted), while seemingly taking advantage of a "luxury" that taxpayers are paying for, enrages me. The National Guard and reserves. despite our service for the last 10 years have to continuously fight these negative stigmas and comments from soldiers like PFC Stevens, don't really help that fight.
(2)
Comment
(0)

MSG (Join to see)
>1 y
SSG, you need to chill out, she is a new soldier and away from home for probably the first time. What luxury is she taking advantage of? Housing soldiers called up for state or federal active duty is a responsibility of the government and command, who are you to second guess the Governor or Adjutant General of Michigan that decided this is the best way to get that done. I doubt very much they are stay at the Ritz; it is probably so real dive, ALL government contracts are given to the lowest bidder. People rarely see the hardship that soldiers face when politicians fuck over the people they are supposed to serve. Your rage should be directed at a city that did this to it's people while collecting Mayor and key leaders were collecting 100K salary. You should be upset that instead of calling National Guard soldiers away from their homes, jobs and families for a non-crisis with no end in sight, they could have created temp jobs for nearly 40% of people living below the poverty line. This is a community problem and should be handled by the community, where is ACORN and Reverend Sharpton when you need them, The National Guard should be keep

The negative comments from the Active Army aren't going away regardless of what you or any other soldier says or does. I am on my third deployment, the way 1st Army and the active garrison support units, that run the mobilization process, treat reserve component like shit is inexcusable; it doesn't matter it is your first time or fifth time deploying. They can talk shit all they want but my soldiers get themselves to drill, work, and school when they are not at drill, so who is the more mature soldier. My soldiers don't beat their loved loves, don't get DUIs, and aren't broke a week after pay day.
(1)
Reply
(0)

CPO (Join to see)
>1 y
True statement. During the invasion into Iraq in 2003 all units had embeds and that was a problem with our unit because the ones we had hung out with the young troops and got their version of what they were doing and not what the command was doing operationally so they were two different versions of what was happening. So the way I see it is the journalist are not stupid they go with the young troops because they believe that is the true story but it is a misguided one through young eyes that do not understand what is happening.
(2)
Reply
(0)

1SG David Freed
Posted >1 y ago
We have lots of soldiers mostly Guard and Reservists here in town, probably around 4000 of
them with several different kinds of units (Signal, QM, Infantry, Chemical). Being retired from the
Active Army, I have NO issue with the Guard or Reservists. Actually, I kinda like them. They always look professional in public and are very courteous and are amazing to talk to about their Army jobs and MOS. Many have combat time in the Middle East, and many have served in Europe as well. I believe they are the backbone of the Army, much as they were in WW II. The Guard and Reserve today are not the Guard and Reserve of the 60s and 70s (weekend warriors). They are real soldiers,
technically and tactically proficient.
(1)
Comment
(0)
Show More Comments
Read This Next
RallyPoint Home