The Army Black Knights fought until the very end, but fell to the Tulane Green Wave 42-33, snapping a dominant 15-game winning streak at Michie Stadium.

After taking advantage of a Tulane turnover, Army found the end zone early, securing the lead after a touchdown by senior running back Connor Slomka. The Green Wave fired right back. Quarterback Justin McMillan connected with wideout Amare Jones on a 15-yard touchdown pass. Continuing to fire on all cylinders, Tulane running back Corey Dauphine helped put his team on top after breaking free on a 30-yard touchdown run. At the end of the first quarter, the Green Wave held a 14-7 lead over the Black Knights.

Tulane’s offensive onslaught remained strong in the second. McMillan put the Green Wave up by two touchdowns after capping off a 90-yard drive with a short run into the end zone. Unwilling to be outdone, Army senior quarterback Kelvin Hopkins Jr. orchestrated a 15-play drive that went for 77-yards and ended with a one-yard touchdown run by the man himself. The Black Knights entered halftime trailing Tulane 21-14.

After starting the second half with the football, Army surged to the end zone. Hopkins Jr. used his legs again to deliver a touchdown for Army that tied up the game. The contest did not stay level for long. On the next drive, Tulane running back Darius Bradwell broke through Army’s defense for a 13-yard touchdown, regaining the lead for the Green Wave. After three quarters of play, Tulane held a 28-21 lead.

The final quarter of the game featured four touchdowns between the two teams. Scoring plays by running backs Amare Jones and Cameron Carroll helped the Green Wave establish a 21-point lead over Army. Despite being down heavily, the Black Knights finished the game strong. Hopkins Jr. hit junior wideout Camden Harrison on an 11-yard touchdown pass. Army’s two-point conversion failed, but good news quickly followed after a big defensive play. Freshman defensive back Jabari Moore had a 54-yard fumble return, pulling his team to within nine points of Tulane, but the Black Knights failed once again on their two-point conversion attempt. Army had the energy, but not the time to finish off what might have been a memorable comeback. Tulane walked off the field winners, winning by a score of 42-33.

Army will look to bounce back when they take on the Western Kentucky Hilltoppers at 7 PM ET on Saturday, October 12. 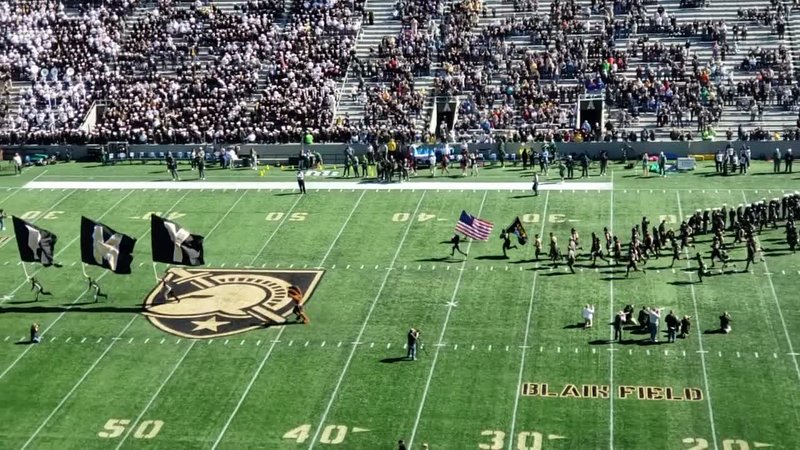 Lt Col Charlie Brown
Posted 5 mo ago
So sorry they lost. But they battled hard!
(1)
Comment
(0)

SGT David A. 'Cowboy' Groth
Posted 5 mo ago
That's a tough game there, Army doesn't give up easy.
(1)
Comment
(0)
Read This Next
RallyPoint Home