Shortstop Cal Conley hits two home runs, one in third with one on base and a second HR in fifth, and a two run HR by Braxton Fulford to left in 4th powered Texas Tech to 6-3 win played at Dan Law Field in Lubbock, Texas.

Army will play game tomorrow based on outcome of tonight's North Carolina versus UCLA game.

Army got to a lead in 1st on double by Kevin Dubrule scoring on single by 2nd Baseman Tim Simoes.

In bottom of 2nd Tech scored on a single by Nate Romback and double by Packer Kelley to tie game at 1-1.

In top 3rd, Army manufactured a run as head coach Jim Foster says he likes to see his team do on single by Hunter Meade, who then stole second and third, and scored on an error by the catcher. Army went to 2-1 lead.

In bottom of 3rd TT went ahead 3-2 on two run HR by Cal Conley then in 4th advanced to a 5-2 lead on a double by Wilson and HR by Fulford. The Raiders added a run in 5th on second HR of game by Conley.

Army Right fielder Jeremiah Adams hit a HR to left to get Army a run to trail 6-3.

Chase Hampton pitched 6 innings for the win giving up 7 hits and 2 runs, one of which was earned. 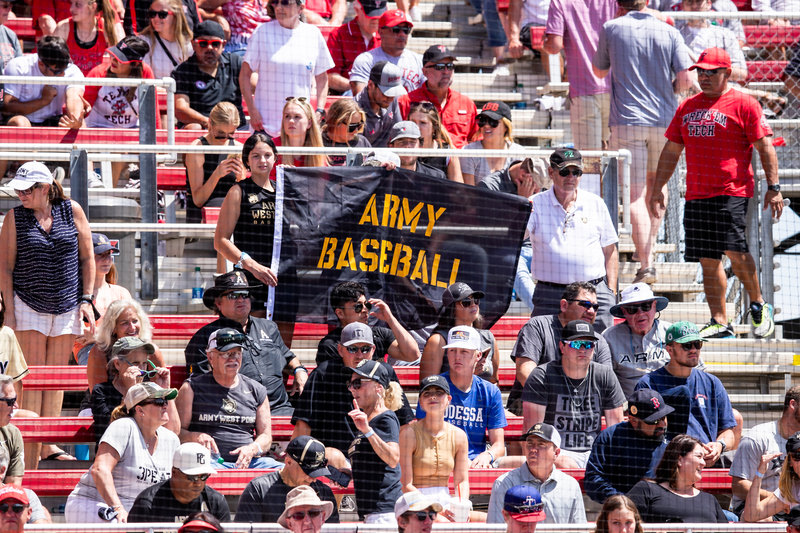