A soldier is getting chaptered out of the army and continues to be disrespectful and not fulfill their duties. How do you handle it? 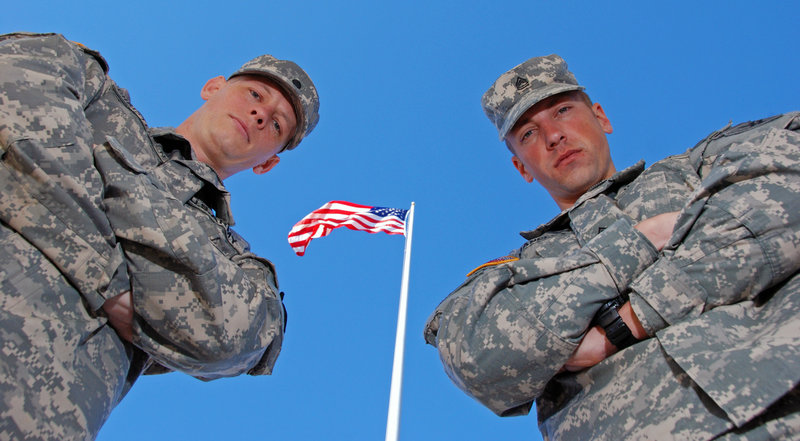 COL (Join to see)
Posted >1 y ago
You keep on performing UCMJ on him. Bring him in and let him know that there is much more in store for his sorry a$$ and if he keeps being a sh!+ bag that he's going to spend the rest of his waking hours raking leaves and moving rocks while he's in the military. Company grade, summarized, Field Grade...stack it up. Suspend the pay withholding and leave it up to him. If he jacks it up, you revoke that thing and $425 comes out of his pay for two months. Then...since he jacked up again, you start another UCMJ packet, put him on 15 and 15 and then suspend the pay withhold again. Rinse and repeat until he has no time and no money...and then walk his sorry a$$ to the gate when the chater is complete. This ain't about holding this kid's hand and letting you know you care...this is about compliance. There are rules. It may not work with him, but everyone else is going to see him being mercilessly beaten about the head and shoulders with the "Big Red Book of Pain," and decide that they don't want any of that. Your discipline problem will remain with that soldier.
(61)
Comment
(0)
show previous comments

SGT Thomas Seward
1 y
As Meatloaf stated so eloquently over 40 years ago..,
“You took the words right out of my mouth!”
OohRah Sir!
(0)
Reply
(0)

SGT Thomas Seward
1 y
Maj (Join to see) The only way to remove VA benefits is as a result of a General Courts-martial imposing a Dishonorable Discharge. Anything less and they get the same as every other veteran.
(0)
Reply
(0)

SGT Thomas Seward
1 y
PFC Bradley Campbell Don’t bungle his gun rights???
You really think that allowing someone like this to buy a gun is prudent? I bet that the good people at the First Baptist Church in Sutherland Springs, Texas will disagree with you.
(0)
Reply
(0)

SGT Thomas Seward
1 y
SSG Darrell Peters Desmond Doss never refused to do anything other than carry and use a weapon. He proudly, and voluntarily entered the service with prior upper echelon approval to be accommodated for his religious beliefs.
Desmond Doss is a hero in every way!
(1)
Reply
(0)

1SG Mike Case
Posted >1 y ago
At this point, counseling and trying to improve the Soldier is over. Inform him if he complies, he last remaining days in the Army can be easy until he is processed out and if not, do exactly as LTC Halvorson says. Continue UCMJ and he will comply or it will eventually lead to a UOTH or worse for his term of service. There are rules and he still must follow them.
(23)
Comment
(0)
show previous comments

SGT Michael Glenn
>1 y
Sfc Wayman, that is sad as CCF was the best response to saving soldiers who were worth saving and in need of a refresher attitude check. I believe that the bleeding heart jack ass's have ruined the military all the way around but also believe that facilities like a CCF should not have been used on soldiers who wouldnt conform, back then a soldier was given the opportunity to either do the 2 week course or they were gone.Going off what you just said, it seems like commands just got lazy and used CCf as a crutch to rid them selves of their duties, sad sad sad.
(1)
Reply
(0)

MSG (Join to see)
3 y
SFC (Join to see) - well maybe its time to bring it back, they are separated from the unit, their time and energy are regulated to be constructive while they wait for separation, units should not be dragged down for the misfit, and the misfit if you think about it you give them extra duty like paint the rock, mow the lawn do you think it will be done, somebody that is in this position they already don't care and nothing comes out of it, in the marines we used to have the red line brig, similar to CCF, and well for the bleeding hearts they probably never served
(1)
Reply
(0)

SSG Darrell Peters
3 y
Like I said earlier. I remember when I was a young kid when an Amish Man was drafted in the Army. It was a Nightmare. Was he disruptive? according to Army Standards yes. Refused to shave, get hair cut. refused to wear a uniform. Refused to follow orders. the Army could have piled UCMJ and even sent him to the Stocade. Luckily cooler heads prevailed. I was a young Kid when this occurred but remember it well. Granted it was time of the Draft. Why he even showed up for Basic Training had everyone scratching their heads. He didn't care if he got a Bad Conduct Discharge. Some people even asked why did he even register for the Draft to begin with? Well during this time their was no choice. what had my head scratching was why wasn't he given a deferment???
(0)
Reply
(0)

LTC Jason Mackay
2 y
1SG Mike Case absolutely. Sometimes a simple conversation with someone like this, letting them know it is over except for the exit processing. Once they get that, it is fairly smooth....with escort.
(0)
Reply
(0)

We used to have units bring problem soldiers to the MP Station for us to keep them in the Detention Cell, which we could do for up to 24 hours. The unit had to declare that the soldier was "disruptive" and that they could not handle him. As long as they picked him up in 24 hours it was OK (and many brought him back for another 24 hour period after having him out for a couple of hours or so). One soldier tried to claim "illegal confinement", but his claim was not upheld as the unit (and we) could clearly show that he was "out of control".

If he is truly out of control (which includes continual failure to follow orders) and is being disruptive to the good order and discipline of the unit, I would prefer court-martial charges and request pre-trial confinement. I think that advising him that, if he did not shape up before his administrative discharge, it would be revoked and replaced with a court-martial and confinement, could change his attitude. I would give him a choice of spending another 30 days or whatever at his current location until discharge (only if he straightened up) or more time than that in a Regional Confinement Facility or the US Disciplinary Barracks at Leavenworth.
(17)
Comment
(0)
Show More Comments
Read This Next
RallyPoint Home