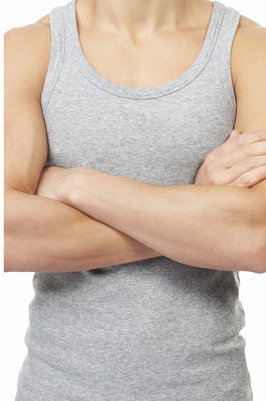 If you want to go out in public on Fort Leonard Wood you better ditch the tank top, pull up your saggy drawers and shave that scruff.

The rules not only crack down on sloppy dress, but skimpy outfits as well: No short skirts, exposed midriffs and revealing undergarments.

"The entire concept is good order and discipline. The Army is talking about the Army profession, how we look, how we dress," Smith told Army Times in a Nov. 21 interview.

While the policy change has garnered plenty of buzz online, Smith downplayed the changes. He has been the posts' commanding general since June 2013, and said the base simply updated the regs after waiting for recent updates to AR 670-1, the Armywide regulation on appearance standards.

But Smith's policy does go further in some cases than AR 670-1. For example, the shaving rule. AR 670-1 requires soldiers to be "clean shaven" whenever they are in uniform or on duty. Fort Leonard Wood has called for soldiers to be clean-shaven, whether they are on duty or off. This is one of the few rules in the policy that do not extend to civilians on post.

"We've followed the lead on other bases and establishments," said Smith.

• No bare mid-drifts, shirts with cut-out armpits or sleeveless shirts, tank tops, swimsuits, or shorts/skirts/tops that "are too revealing."

• No headphones while wearing any Army uniform, including official PT uniforms, except for a hands-free device while driving. Soldiers can wear headphones, however, while walking or running on sidewalks, troop trails, running tracks or inside the gym in civilian clothing.

• Though not new, a draft poster depicting the changes reinforces that PT uniforms cannot be worn outside of unit personal training, transit to PT, and a few select locations such as the daycare center.

Officers bear responsibility for passing down the changes to soldiers under their command, and soldiers for informing families and guests, base spokeswoman Shatara Seymour said. Access control officers at the post's gates will have authority to prevent entrance to those not in compliance, and management of various facilities will also wield authority to ask people to leave.

Smith said certain facilities such as the PX and commissary could ask inappropriately dressed civilians or soldiers to leave, but said the gate guards would focus more on military personnel rather than denying non-compliant civilians access.

He said they will be looking hard at the off-duty shaving requirement, leaving open the possibility that there could be an adjustment to that rule.

As for enforcement, he said, "self-policing is the goal." The policy states, as it did before the changes, that soldiers all "have the general military authority to make corrections on service members improperly wearing the uniform, regardless of the rank or duty" of the non-compliant soldier.

After a draft of a poster spelling out Smith's policy leaked online, soldiers and vets responded with mixed reviews via social media.

"As a former NCO I agree with this 100%. When I was in this was not an issue, we looked squared away 24/7. It's sad that today soldiers have to be told how to look both on and off duty," Jack Hutchinson said via Facebook.

Others reserved their blunt remarks for civilian appearance.

"It's Leonard Wood which means it is constantly full of disgusting civilian family members watching their spawn graduate Basic Training. Good luck to the post CSM on actually enforcing this," said John Atkinson.

But comments also included pushback against rules viewed by some as superfluous.

"I am a retired NCO, and I think the shaving point is total BS," said Steve Buero. "I NEVER shaved on weekends or on leave. That is my time and if I was on duty in civilian clothes I shaved, but you call me in for some BS on my leave you got what you got."

Some complained that family members and friends visiting the base not employed by the Army should not be subjected to Army rules. But others say coming on the post comes with tacit agreement to abide by rules designed to promote the atmosphere desired by leadership.

"Hate to be the spoiler. But soldiers are and have always been responsible for the actions of the family members. It is the soldier's responsibility to ensure family members know what they can and cannot do," John DeSmith said.

SPC(P) Jay Heenan
Posted >1 y ago
I'm down with any rule that eliminates those dreadful pants that sags off the individuals a$$!
(56)
Comment
(0)
show previous comments

SFC David Pope, MBA
5 y
If you look closely, the Capt is Polynesian. Do not let his size fool you, because he is very capable of his job. Having been stationed in Hawaii I learned that there is different regulations that apply to certain groups. I had two leaders that were Samoan with a similar build. They scored 300 on their PT tests, and would run circles around most others in my unit.
(0)
Reply
(0)

SGT Ty Henderson
>1 y
SFC David Pope, MBA - I had a squad leader that was a native Samoan. I don't know how well he met the height and weight standards but he was well known for his incredible strength. In a fight, I'd take him over a fast runner any day.
(1)
Reply
(0)

SFC Harry (Billy) Tison
>1 y
SGT Ty Henderson - We had a sergeant who was able to lift a 4 deuce mortar by himself. He was also over the so-called weight standards for his age and height. They gave him such a fit about it, that he didn't reenlist after a couple of contracts. I would take him also in a fight over some pencil thin runner
(0)
Reply
(0)

CPT Carlos Santillan
>1 y
One of my AVOBC/IERW classmates was a West Point graduate who played Linebacker for the Golden Knights. He always failed the Height/Weight standards but always crushed the Tape Test and maxed his APFT.
It is unfortunate that someone's looks do not necessarily reflect their physical fitness. But that is why we have standards. I was once counseled for the way I scored one of our SGTs during his APFT. From their perspective (stand straight up 20-yards away) he was not doing proper push-ups. But from this Captain's perspective, on my hands and knees, he was doing proper push-ups and a lot of them. That SGT had no problems graduating the Jumpmaster Course.
(0)
Reply
(0)

SFC Mark Merino
Edited >1 y ago
Posted >1 y ago
Thank God I am divorced. My ex would get me in so much trouble with her actions. We sure have come full circle. When I was a grunt stationed at NTC, the FRG (Family Support Group back then) held car washes in short shorts, tank tops, and bikinis.......from the COL's wife on down. Back then I was considered "hooah" for having a tattoo of a Bradley and was told to dismount my top whenever the COL had a VIP come visit. We used to settle grudges with the tankers in the boxing ring and after we beat each other stupid we had our noses set , shook hands, and went right back into the desert for the next rotation as compadres. These days........whew. As far as saggy pants goes....it is about time. Hip gangster wanna-bees, pull up your pants!
(32)
Comment
(0)
show previous comments

1LT William Clardy
>1 y
1SG (Join to see), could I become a Drill Sergeant? Every so often I regret that TRADOC processed my ROTC scholarship application so much faster than my application to earn earn a "This We Defend" badge. I'd even be willing to redo all my paperwork for DS training....
(2)
Reply
(0)

PV2 Abbott Shaull
>1 y
Um 1stLt William Clardy, Soviet Artillery does follow the line units, it doesn't hang back to fire at request. In the Soviet model, the Artillery units assigned to the Regiments were split up down to Battalion and were Direct-fire Support. While the Artillery Regiment(s) of the Division were the ones who fired while the Division was moving forward. In the Soviet Army, there is really no such thing as calling in artillery or air support, you simply relay up the chain of command what you see, and hopefully someone up the chain feels your target is worthy to be targeted. Otherwise, you deal with it the best you can, with your DS artillery and mortars.
(0)
Reply
(0)

MSG Tom Earley
5 y
Mark, the minute the Army became PC it stopped being fun. I'm glad I am retired too.
(0)
Reply
(0)

CSM (Join to see)
Edited >1 y ago
Posted >1 y ago
Everything is spot on except for the requirement to be clean-shaven everyday even out of uniform. In essence, you are mandating Soldiers shave everyday as most men can't go a day without shaving before the shadow comes. So, now it's an arbitrary standard vs medical readiness. Shaving everyday for 20 years will rip your face apart. It can lead to serious skin disorders in some men. Your face needs time to rest from a blade hacking at it for five days straight. Just like doing nothing but strength conditioning for PRT everyday for 20 years--it's not safe! All this new rule is going to do is cause servicemembers to start getting no-shaving profiles. Then, not only will they be authorized to not shave off duty, they'll be scruffy on duty as well which is really the only place it should matter!
(24)
Comment
(0)
show previous comments

MSG (Join to see)
5 y
CSM Benjamin Lemon, I agree, SGM, it's also unrealistic to enforce as I stated in my post, plus it strikes me as a control issue as well. We must allow our Soldiers some release and this is one thing that should be left alone. I don't expect someone on Leave in HI, Cancun, Myrtle Beach, or anywhere within the post proper to shave when off duty.
(1)
Reply
(0)

CSM (Join to see)
>1 y
I shaved generally every day of my 30 years of service. I've always considered it the rule that if you're on post you are shaven. If you're at home tucked away in your garage then who really cares - just be shaven when you come back on post.
(1)
Reply
(0)

SSG Stephen Rogerson
8 mo
I completely agree with your assessment - I happen to be one of those men who cannot shave 7 days a week.
(0)
Reply
(0)