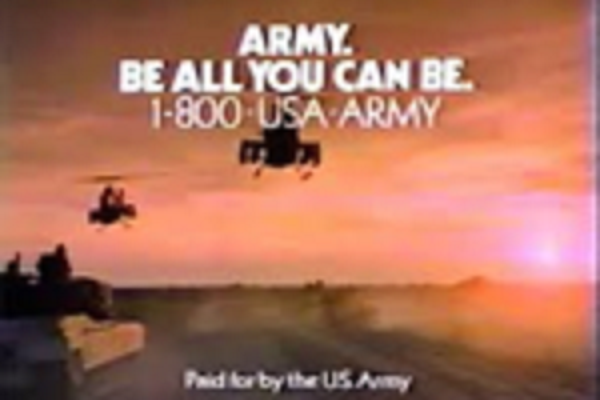 "Army Strong" is the recruiting slogan that is used currently by the United States Army. The composer of the song used in the Army Strong television commercials is Mark Isham.[3]

2001 to 2006
A humvee wrapped with the slogan in April 2006
"Army of One" was a relatively short-lived recruiting slogan. It replaced the popular "Be All You Can Be" and was replaced in 2006 by the new slogan "Army Strong".[4]The Army of One slogan was meant to mean as described Sun Tzu's Art of War in Chapter VI Weak Points and Strong, that you are only as strong as your weakest link,if the enlisted soldiers are not trained by the non commissioned officers,because the officer are not with troops and checkout what they need,a Army is very weak. The reason for the replacement is believed to be[by whom?] that the slogan "Army of One" is contrary to the idea of teamwork.[citation needed] It is unknown whether this slogan was taken directly from the poster for the 1976 Clint Eastwood film The Outlaw Josey Wales, which had "An Army of One" under a drawing of the Josey Wales character. The "One" in the slogan was an acronym, standing for Officers, Non-Commissioned, and Enlisted,[citation needed] the three types of Soldiers in the US Army.

Be All (That) You Can Be was the recruiting slogan of the United States Army for over twenty years.[5] This popular slogan was created by Earl Carter while at the advertising firm N. W. Ayer & Son. He was awarded the Outstanding Civilian Service Award for his efforts.[6] In his autobiography Soul of It All, Michael Bolton claims to have sung the jingle in the early 1980s.[7]

"Today's Army Wants to Join You" was a recruiting slogan from the 1971 Volunteer Army (Project VOLAR) campaign, which was introduced as the country prepared to transition to an all-volunteer military. When N. W. Ayer & Son, who were engaged by the US Army, believed they felt the army said "Today's Army is changing; we want to meet you half way", the firm came up with that slogan. General William Westmoreland asked "Do we have to ask it that way?" but agreed to the campaign. The slogan was replaced by "Join the People Who've Joined the Army" in 1973, which later evolved into "This is the Army."[8]

Circa 1950s–1971
"Look Sharp, Be Sharp, Go Army!"was a recruiting slogan in the 1950s and 1960s. The Big Picture,[disambiguation needed] public announcements on broadcast television, and highway roadway signs advertised the slogan during a time of a national draft of young men 18 to 34 years of age. The advantage of volunteering for Service, vice being drafted, was choosing the career field you wanted to serve and/or first unit or location of assignment.

World War I
"I Want YOU for US Army" featured on a poster of Uncle Sam painted by James Montgomery Flagg.

https://www.youtube.com/watch?v=9-Mc1uQW8RI
Posted in these groups:

Hmm... if you are talking about words to get the recruits in the door, then the slogan of my era was

You are hereby ordered for induction into the Armed Forces of the United States..."
(98)
Comment
(0)
show previous comments

SP5 Michael Rathbun
1 mo
And, just for fun, I notice that my appointment for the second Covid 19 jab will occur fifty years after I got off the airplane in Kansas City on my way home from RVN. Within a couple of hours of exactly fifty years.
(0)
Reply
(0)

Johnny Cash - I Won't Back Down (US Army Tribute). 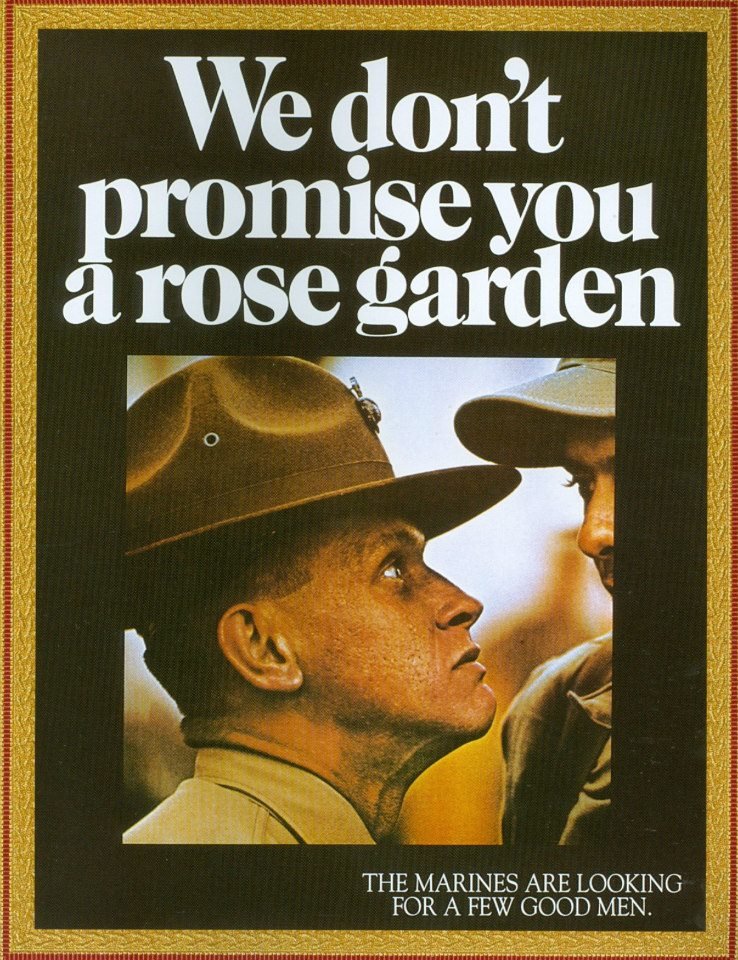 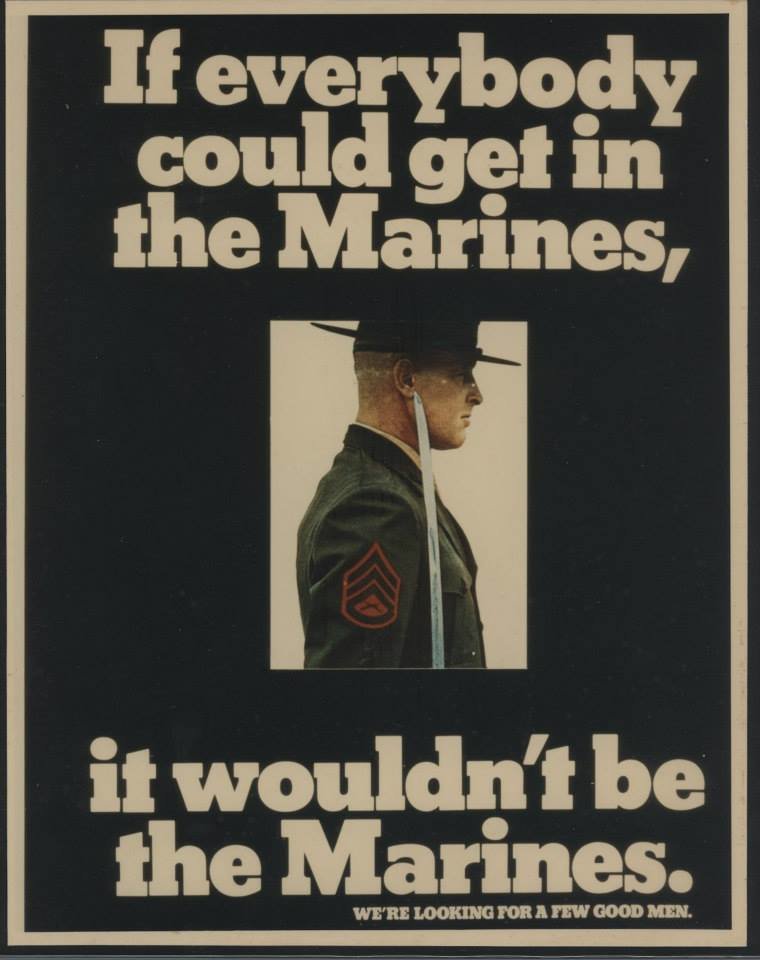 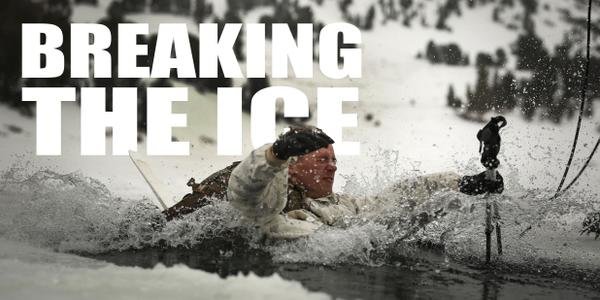