Soldier called me a POG and told me to leave the Commissary. What action can I take? 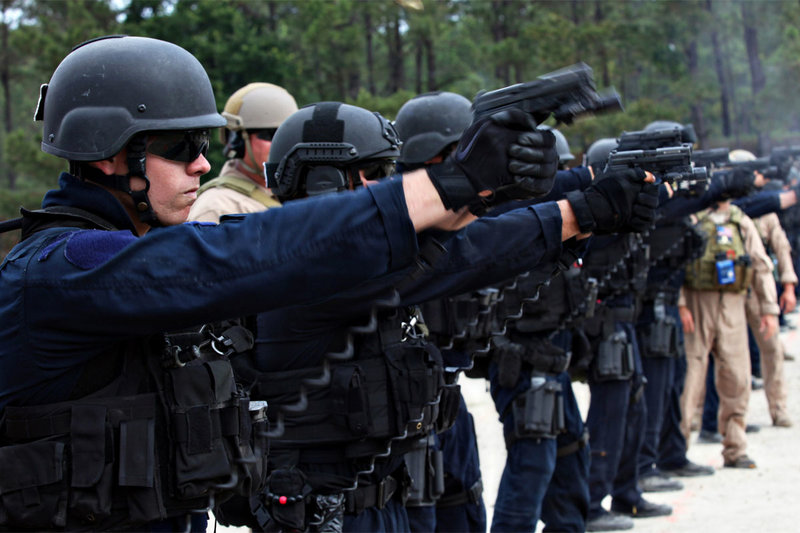 Note: My friend Carlos is in the Coast Guard and sent me this question last night. He said he's not on RP due to OPSEC (whatever), so he asked me to ask this on RP on his behalf. He is pretty hell bent on getting this Soldier punished. Anyway, let him know your thoughts on the below.

//
I’m in the Coast Guard and have been active duty for 6 years. I’m stationed in Hawaii right now. I was up by Schofield Barracks and went on base there, and went to go shop for a few things at the Commissary. I was waiting in line for some fresh meat and there were 2 Army soldiers also in line, in front of me. They were looking at me and saying things to each other. It looked like they were laughing at me. I heard one of them refer to me as a “POG” which is a slang term I am familiar with from social media stuff. I said to them “Excuse me, I heard what you just said, and I feel disrespected.” I was just trying to stick up for myself. One of the soldiers then squared up to me and said “Yeah, I did call you a POG. Because you are a POG. You need to up and leave here – this is an Army Commissary.” A few other people in line heard this and started laughing. I felt so angry that I just left the building.

I know the soldier’s last name from his top, and I would recognize his face. What actions can I take to report him to his chain of command? What other advice do you have?
Posted in these groups:

Col Joseph Lenertz
Posted 5 y ago
While the army soldiers were disrespectful and childish, I don't think this rises to the level of disciplinary action beyond a counseling. Advice to Carlos: Rub against Army and Marines more often...it makes your skin grow thicker. You are a POG. So am I. I'm happy to NOT be a grunt, but so what? And it's NOT an Army commissary, it's a Defense Commissary (DeCA). Remind the grunt (non-POG) we're on the same team, and he should save his BS for the bad guys.
(976)
Comment
(1)
show previous comments

Capt Edward Egan
1 mo
SSG(P) D. Wright Downs - I was in a support group many years ago (the old pre-VA "Vet Centers". Of the 13 in the group, only the other actual combat vet and I were not collecting VA disability for PTSD.
(3)
Reply
(0)

PO2 Troy Boyle
1 mo
I disagree. "Grow a thicker skin" excuses their behavior and encourages it in the future. In fact, I'm pretty sick of the USCG being the butt of jokes from all the DoD branches. It's all fun and games until your boat capsizes on leave and you have to be plucked from frigid water before you die of hypothermia or drowning. Then everyone is all "thank God for the Coasties."

SSG(P) D. Wright Downs
1 mo
1LT William Clardy - I wonder how many folks are familiar with Willie and Joe…I have a number of the books from my father after he died. I read them when I was a kid. I lucked out and eventually became a journalist in PAO and then a PAO Supervisor with a secondary of Illustrator. It was a great way to get out with the men and do some interesting work supporting them one on one. My infantry guys made a Soldier out of me. I spent 7 years in Germany during the Cold War in very warm and potentially hot assignments. Good Training aware that the balloon could go up at any moment. Reality to us was not in the safe and secure lolly-pop world of the civilians in the States…and security meant it to stay that way.
(1)
Reply
(0)

SSG(P) D. Wright Downs
1 mo
Capt Edward Egan - It took about 20 years of trying for me to get the rating…I collected SS disability and had to stop working because of PTSD long before it was rated as SC by the VA. My dogs knew I had it and acted accordingly way before it was diagnosed. The folks just didn’t understand that the Cold War was hot for many of us. It wasn’t an opportunity to buy Hummels, go Volks marching, and the Oktoberfest et al but real life and death opportunities for many.
(3)
Reply
(0)

SSG (Join to see)
Posted 5 y ago
If anyone is offended by being called a POG, they seriously need to get thicker skin.
My advise, come up with some clever comebacks or carry some kleenex around.
(812)
Comment
(3)
show previous comments

SFC Donna Bush
1 mo
oh wah, I was a POG in the Army and was damn proud of it. I had to train along with other Soldiers and enjoyed it; thus making me have a fairly thick skin. When I was made fun of, I reminded them that if they like getting promoted, paid, and other things they may need, they need to be a little respectful of us POGs.
(0)
Reply
(0)

Col Rebecca Lorraine
Posted 5 y ago
"Make me"? Challenge them to a duel and raise your dukes. Have them call the MPs and escort you out of the place. Make a big stinkie, kick them in the gonads, laugh in their face and tell them you have a contagious disease spread through body fluids. Beg them to hit you. Call "incoming" and run in while they figure out what that means. Call mom, she'll fix it.
(773)
Comment
(5)
show previous comments

Col Jonathan Brazee
1 mo
SSG David Casey - It used to be pogue, and the word came from a French or Gaelic word, depending on who you are listening to. It started in the Army in the 19th Century (which lends credence to the Galic origin) and was used to describe junior officers, but moved to encompass anyone not in direct combat.

In the 80's, we called snacks you could get at the exchange or out in town poggie bait.

It wasn't until this century that the spelling shifted to POG and the "Person Other than Grunt" meaning started to spread.
(0)
Reply
(0)