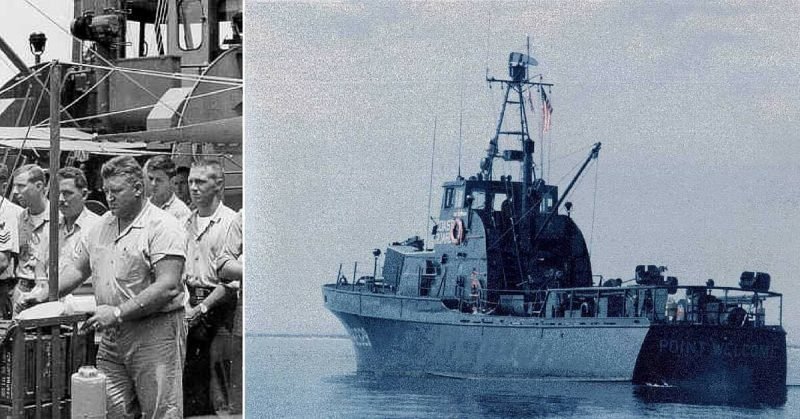 Posted from warhistoryonline.com
Posted in these groups:

SGT Robert Pryor
Posted 17 d ago
Interesting read. I've never been exposed to friendly fire, thank goodness. Hoever, once while in a RON position, a tank illuminated our position and drew down on us as I whispered over the PRC-25 the situation back to my camp. Within a few seconds the lights went out and the turret turn away from us. It scared the crap out of me. But as for the story, I found the Bronze Star citation for LtJG Bostrom. There is one thing that bothered me as I read. It is my understanding that for posthumous awards it should read "The President takes Pride" -- not "Pleasure." There is only "pride"when it comes to those KIA, not "pleasure." Anyway, here it goes:
"The President of the United States takes pleasure in presenting the Bronze Star Medal (with Combat Distinguishing Device "V") posthumously to Lieutenant Junior Grade David C. Bostrom, UNITED STATES COAST GUARD -- For service as set forth in the following Citation:
For meritorious service as Commanding Officer of USCGC POINT WELCOME, a unit attached to Division TWELVE, Coast Guard Squadron ONE, from 29 April to 11 August 1966. During this time, POINT WELCOME, assigned to the U.S. Navy Coastal Surveillance Force engaged in Operation MARKET TIME, conducted vigilant and aggressive patrols along the hostile northern coastline of the Republic of Vietnam to prevent infiltration of forces and supplies to the Viet Cong. Lieutenant (junior grade) Brostrom was directly instrumental in developing a highly-disciplined and efficiently trained crew which gallantly sustained the mistaken and tragic attack by three friendly aircraft during the early morning hours of 11 August 1966. Despite the fact that not one man on board escaped injury from the intense maching-gun fire, the cutter's surviving crew of nine men carried out their duties in accordance with the high standard and esprit established by Lieutenant (junior grade) Brostrom and saved the vessel from destruction. By his outstanding leadership and inspiring devotion to duty, Lieutenant (junior grade) Brostrom upheld the highest tradtions of the Armed Forces of the United States.
Lieutenant (junior grade) Brostrom was killed in the line of duty on 11 August 1966.
(5)
Comment
(0)

Lt Col Charlie Brown
Posted 16 d ago
Fortunately for me, never subject to this
(3)
Comment
(0)
Show More Comments
Read This Next
RallyPoint Home