What are the Pros and cons of switching from the Marine Corps to the Army? 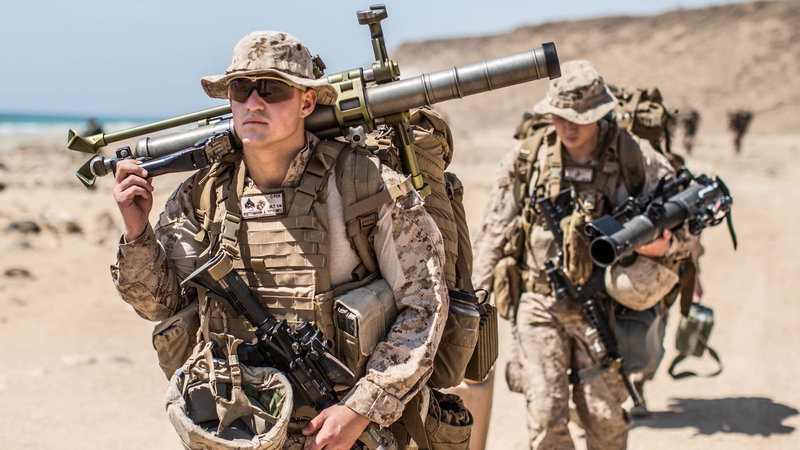 I would like to advance my military career in special operations, but the gap is closing because of my TIS in the Marine Corps. I do love my Marine Corps, however, it might be time for me to take my desires and experience elsewhere. I'm using this time to finish my degree, and explore my options. I was hoping there was someone who could give me some insight.
Posted in these groups:

CPT (Join to see)
Edited >1 y ago
Posted >1 y ago
I was an E5 in the Marines and switched to the Army. I love the Marine Corps and it will always have a place in my heart but the Army has proven to be a better experience.

These are my opinions as I witnessed them first hand. Others may have different views.

Marine Pros: Best uniforms and highest esprit de corps hands down. All Marines, regardless of MOS, are held to the same standard and that standard is rigorously enforced. Marines stress the importance of history.

Army Pros: The Army has much better equipment and gear and much better training facilities. The Army has much more opportunity for schools. I've seen in the comments where people have asked you why you don't join Force Recon. I'm sure you would like to. I would have liked it too when I was in, but the fact of the matter is that in the Marines that kind of thing is much harder to come by. In the Army I got to go to Airborne school, Air Assault school, and Ranger school without even asking for it, it was just standard. Two were because I was an Infantry officer and one because of where I was stationed. I never saw those kinds of opportunities for anyone in the Marines. Where will you be stationed in the Marines? East coast, west coast, or Okinawa right? For the most part anyway. In the Army you've got everything from Korea to Italy. Germany to Kentucky. Alaska to Colorado. New York to Louisiana. The options are abundant. I mentioned training facilities earlier. In the Marines, MOUT training consisted of clearing conex trailers with windows and doors cut out of them. In the Army we had entire cities complete with streets, alleys, government buildings, burning cars and civilians acting as locals. And when I was deployed our unit was right next to a Marine unit and I can tell you that we did the same job day in and day out. Both with expert efficiency. Just with a little different lingo. If you're wanting to do Spec Ops, the Army would be a much more likely place for that to happen in my opinion.

Army Cons: The combat arms side of things (specifically the infantry since that's what I can speak to) is very similar to the Marines in standards and esprit de corps. But once you get out of the combat arms, standards drop. Not trying to offend those not in combat arms, but it's what I saw.

It was hard for me to switch from the Marines to the Army because the Marines do a great job of pounding it into your head that Marines are indestructible and everyone else sucks. Well, that's just not the case. There are numerous combat tested and battle-hardened units in the Army. The history of the Army, like the Marines, is nothing short of awe inspiring.

Good luck with your career. If you have any specific question let me know.
(340)
Comment
(0)
show previous comments

CPT Tim Homolak
1 mo
Army or Corp you experience depends on the individuals you are serving with. I tip my hat to both and have served with great individuals in both!
(1)
Reply
(0)

SSG(P) D. Wright Downs
12 d
SFC Howard Holmes - When they had the big scandal, they cut the top people and left Tony Odierno…the son of General Ray Odierno. I knew the General when he was a young Aide to the CG at 56th FA Bde Pershing in Germany. Tony had been injured and lost a leg. I would like to think he was above the scandal out of respect for his father who we all have held in high regard over the years.
(0)
Reply
(0)

SFC Howard Holmes
12 d
Thank you for the info SSG Downs, it is greatly appreciated. What confuses me is the symbol of the project is a warrior carrying another out of, probably, a hot zone - no man left behind. He is apparently not able to walk, which indicates that the man being carried is physically injured, yet the claim is they don't help with physical inflictions. I am glad that they did fix the scandal though, that garbage sickens me. Using the misfortunes of others, or taking advantage of horrible situations to put money in their own pocket. There are way too many organizations that do this.
(0)
Reply
(0)

LTC Jeff Shearer
Posted >1 y ago
SGT one of my best friends in SF was a former Marine. He was on an amtrak, hope the spelling is correct. After years he started jumping for the Golden Knights then helped establish the Black Daggers. I am not a Marine, I do have the upmost respect for them and worked with them a good bit over the years. I went to SF School with a Force Recon Marine Officer who was attached to the Special Warfare Center.

Sorry I got distracted.

If you feel like you would like to venture into Special Operations, you know that MARSOC is loaded with some knuckle dragging barbarians badasses. However, I spent 20+ in SF and I would not trade it for anything. I traveled the planet, sometimes with a unit sometimes not with a unit.

I lived in South America, worked for the Embassy but was rarely in the Embassy. I loved it. So the bottom line is no matter the service I love special operations.
(68)
Comment
(0)
show previous comments

LTC (Join to see)
>1 y
You should be able to keep your rank and all your service schools count. I worked with a Marine who joined the Army Reserve and came in as an e-4 just like he left. He was a specialist because there are no corporals in civil Affairs so he quickly was promoted to Sergeant E-5. Within two years he was E6 because he had finished his first phase of his intermediate NCO School. I had a chance to talk with and actually have lunch with Marine Special Forces in Western Afghanistan almost 10 years ago. Their base was adjacent to ours. Awesome group of guys. When they were ripping out going back stateside and they asked us to cover down on a project they had promised to locals and we did it.
(9)
Reply
(0)

MSG Todd B.
7 mo
After I retired from SF I worked as contractor with MARSOC for a couple years. Those guys were anything but knuckle draggers! They were some of the sharpest, most competent warriors I've ever met!!
(3)
Reply
(0)

CAPT (Join to see)
3 mo
I'm a Navy Reserve officer and served in Uruzgan in 2010-2011. They sent me to Fort Bragg Civil Affairs school at the Special Operations school there and was trained by U.S. Army Reservists. They prepared us well and the training was excellent. Took is swabbies a bit to get used to the Army training methods, but we were able to pass the course. This includes the junior officer course and the senior officer civil affairs schools. It opened a whole new world to me of stability operations. Then they sent us to train with the 189th training brigade at Camp Atterbury Indiana. The Army knows how to train - respect. The folks I met in the Civil Affairs school were operating at the highest level of professionalism, I mean they really knew their stuff and they knew the social-political-military story in Iraq and AFG.
(2)
Reply
(0)

Sgt Paul Martinis
2 mo
I went from the Marine Corp to the Army and can attest to these facts.
(2)
Reply
(0)

Sgt Vernon Fulmer
>1 y
SSgt (Join to see) - I was told that I could start the process before I hit that my TIG, however, being so close to graduating, I would be risking my degree. Have you heard of Marines receiving waivers for a situation like this?
(4)
Reply
(0)

SFC (Join to see)
1 y
Maybe because they are attempting to clone SF and even the USMC wants to offload MARSOC half the time?
(3)
Reply
(0)

SPC Daniel Ebker
1 y
We had a Marine infantry E5 join my AIT for 19D (Cavalry Scout) when i was in OSUT. He too loved his Corps but opportunities abound in BIG Army (and small!) That are just plain RARE in the Corps.
Many in my family are or have been active USMC but I will say this: CAVALRY esprit d' corps is right up there with the USMC & we're NOT pogues/REMFs
(5)
Reply
(0)

1SG Ernest Stull
10 mo
I Trained with a force recon Marine in the late 70"s and he was as hard as woodpecker lips and very knowledgeable in winter warfare and survival as I was but he to said that the ARMY had it better. My nephew was in the Marines for eight years and spent most of his time on a ship going from place to place when he got out he joined the ARMY and stated that if he knew how easy the ARMY was he would have joined a lot sooner. LOL.
(4)
Reply
(0)
Show More Comments
Read This Next
RallyPoint Home