How is today's Military different than the 80's Military? 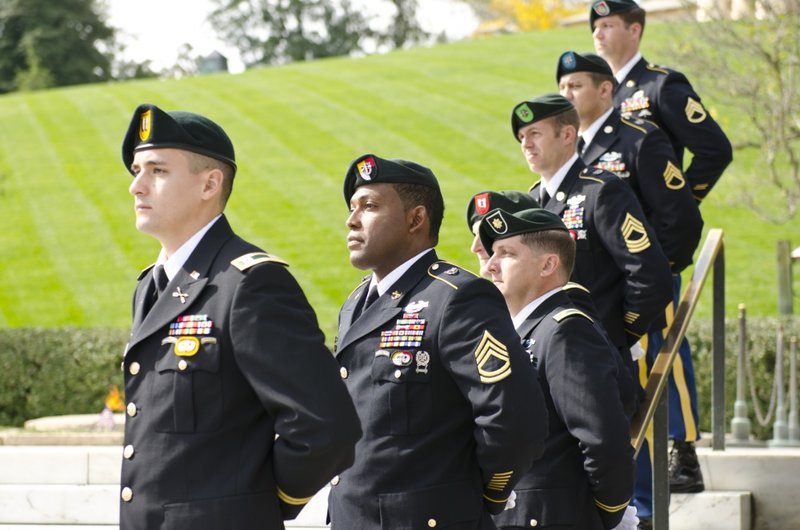 Thank You all for sharing.
Posted in these groups:

CSM Michael J. Uhlig
Edited 7 y ago
Posted >1 y ago
My first duty station was in Germany, had some unique experiences there.

As soon as I got married, my squad leader moved me into his home (put his 2 kids in one room) and I stayed there for 3 weeks until we found a place to live.....no eyebrows raised (today we would think it was an inappropriate relationship between leader & subordinate), it was his responsibility to make sure I had a roof over my head and my wife's head. My first squad leader managed my money for me, mandated my participation to buy savings bonds, and he changed the contribution (required me to sign for it), I had $11,000 saved and used it as a down payment to buy my first house at age 20 (thanks 1SG (ret) Joel B. Chamers).

My first Platoon Sergeant was a Vietnam Veteran, there were about 30 Vietnam Veterans in the company then. He had very short fuse and didn't really care who was around or who was listening when he spoke. He was a very heavy drinker, when he wanted to drink, he left - sometimes at 1000 in the morning! He'd come back wreaking of alcohol and nobody said anything, nobody!

Things were much simpler (we weren't slowed down by technogy), you had to have someone close to the phone - no cell phones and no computers (you were top shelf if you had a word processor in the company CP - most had typewriters only). We didn't use memorandums, we had to have a DF (Disposition Forms).

Many more unit level competitions, units seemed much more competitive with one another. Softball, basketball & volleyball games (unit vs unit) was much more apparent and much more involvement and the unit showed up much more.

No FRGs back then, but you saw many senior NCOs bring their spouses to the DFAC (seemed like at least once a week - no kids).

The "running chef" (gut truck) would show up at the tank range or during our Bradley Gunneries, I see more ice cream trucks now compared to sandwich trucks.

Painted rocks, not the big unit rocks, the number 5 sized rock/gravel! You screwed up and you had to paint individual rock gardens, changing them from yellow to green, the next guy would paint them red, next blue etc....

A lot of riding in the back of the M35A2s.....you could not stop that truck, ran on about any fuel you put in the tank. We also had Gamma Goats (google it). We flew in Huey's and the pilots ALWAYS mapped the earth when flying (hang on fellas!)

Barracks, you got what you got - roommate didn't clean his ass, he got washed with a green pad and soap (from the plattoon). Officers were never seen, enlisted folks ran the day to day operations, you might see the 1SG twice a month (other than formation), the PSG you saw daily, and he knew where you lived and knew you intimately.....no advanced notice before showing up to look at your home (on or off post).

Uniform inspections were a daily occurance. PT test in BDUs & boots was not unusual.

One of the most visual differences (that I remember) were mustaches, seemed like everyone had a mustache, think "Magnum P.I. style"

Drugs & alcohol were a bigger problem back then. I can keep gong, huge differences.
(104)
Comment
(0)
show previous comments

SGT Frank Pritchett
>1 y
You hit it dead on the nail the only thing that I could add was once a year everyone had to rush the East German Border then at midnight every vehicle was to race the RPM's , tanks included locking and loading the 50 cal for 20 min. that was to let the Russians and Border Guards know we were there waiting. I missed REFORGER.
(0)
Reply
(0)

SP5 Dave Kelly
>1 y
calling out an NCO or reporting one because of how he spoke to you was unheard of in the late 60's when I served. You'd had your ass served to you in a heart beat!
(1)
Reply
(0)

SSG Robert Burns
Posted >1 y ago
In the 80's all 2LT's saluted 1LT's. &nbsp;In the 80's Soldiers also took insane risk and somehow still made it into the 90's without a PT belt. &nbsp;It is a mystery and a miracle.
(78)
Comment
(0)
show previous comments

SPC David Willis
>1 y
SSG David Spooner - Not all places have elevators in them. I too was running up and down stairs each morning to get to PT formation.
(4)
Reply
(0)

LTC Darryl Hamilton
>1 y
LTC Mary Austin - yes it had to depend on where you were. I never saluted a 1LT when I was a 2LT. In fact one of my buddies did it once and the 1LT chewed him out and told him LT's don't salute other LT's.
(0)
Reply
(0)

SPC Ronny D. Staples
>1 y
LTC Darryl Hamilton - I don't understand why not, if one out ranks the other than by reg you are required. Showing respect to the rank and the person who achieve it should never warrant a "chewing".
(0)
Reply
(0)

SPC Franklin McKown
4 y
Headbangers made GREAT soldiers, we JUST SCARED the norms.
IT even works against our enemies,THE WEAK SCUM call it TORURE listening to WASP at 3:00 AM WE called it Saturday night with Everclear for all. and heavy metal has good pacing tempo,for invading things.
(5)
Reply
(0)

PO2 Edward Pate
4 y
SGT (Join to see) - In 1984 my ship was deployed to the North Arabian Sea for 8 months, we did 1 stint of 104 days straight underway and I can remember wearing out my cassette of The Go-Go's and arguing about who was the hottest, the consensus was Belinda Carlisle but I was always a Jane Wiedlin fan myself!
(1)
Reply
(0)