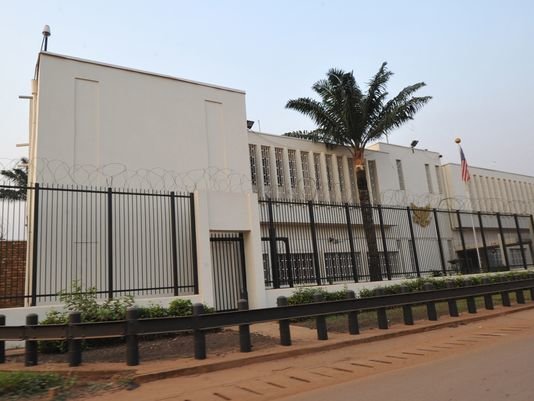 A contingent of East Coast Marines recently completed their mission to bolster security at the newly reopened U.S. Embassy in the Central African Republic's capital.

The Marines, who complete their mission in mid-January, were deployed to Móron, Spain, with Special Purpose Marine Air-Ground Task Force-Crisis Reponse-Africa when they were unexpectedly rerouted to Bangui in September at the request of the State Department.

While there, they worked with the embassy's regional security officer and chief of mission to secure the facility pending the arrival of the Marine security guards who typically guard diplomatic facilities, the White House said at the time. It was not immediately clear if a follow-on contingent from the crisis response unit would be deployed, or if the embassy would now operate with a standard MSG detachment.

The embassy was shuttered in 2012 during an outbreak of ethnic and religious tension in what is one of Africa's least developed countries. The deployment was an important step in reopening the embassy as French and UN peacekeepers improved security in the capital.

"The people and leaders of the Central African Republic have made progress in ending the violence and putting their nation on a path toward peace and stability," said Secretary of State John Kerry in a Sept. 15 statement announcing the reopening of the embassy. "But we all know that much work remains to be done."

Marines from newly created crisis response units, which are manned by Marines on a six-month rotational basis, have been used for similar security missions elsewhere. Marines with SPMAGTF-CR-Central Command, created this summer, are currently boosting security at the American embassies in Iraq and Yemen.

Marines with the Africa crisis response unit have been tapped to evacuate embassy personnel from Libya in July and South Sudan, last January.

http://www.marinecorpstimes.com/story/military/2015/01/21/marines-conclude-central-african-republic-embassy-mission/21826795/
Posted in these groups:

SFC Mark Merino
Posted >1 y ago
It's a little too wild over there for just a few Maines. Not saying that there wouldn't be a drastic decrease in population before the flag fell (if ever), but that doesn't look good on the national news level.
(2)
Comment
(0)