What is the funniest thing you've seen or experienced while deployed? 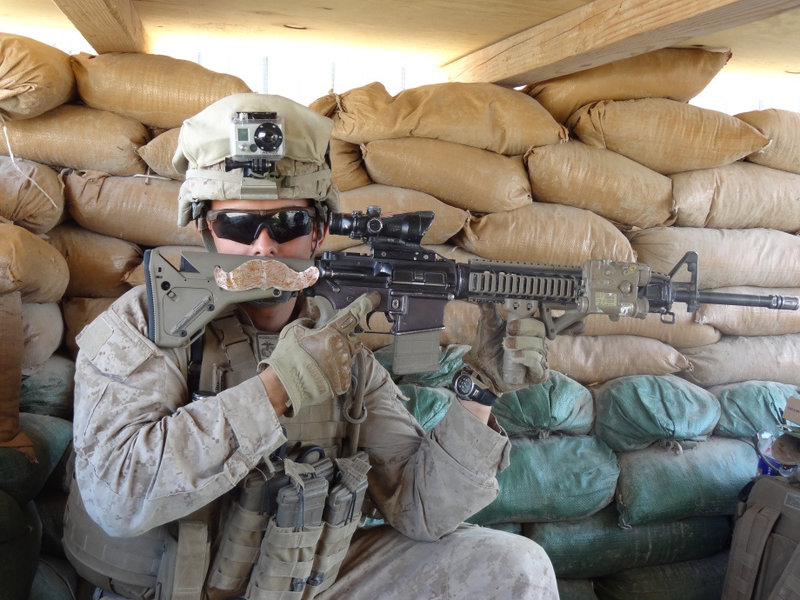 I was on an 18 hour convoy. We swapped gunners about 3 times by now and the original gunner just hopped back into the turret. It was about 0230 and all I hear is a gagging sound and the gunner saying, "F**k, F**k, F**k." The vehicle commander yells out, "what's going on back there." The gunner yells out, "I think I drink someones piss bottle."

I guess the prior gunner left his piss bottle in the make-shift cup holder and the new gunner wasn't paying attention and thought he had put his knock off yellow "Gatorade" bottle there.

We all laughed so freaking hard and never let that one down.
Posted in these groups:

I received a burn on my hand and went to the medic who proceeded to poke at it with non-gloved hands then asked me what happened?

My response was, "Oh it's a normal herpes outbreak".

Three bottles of hand sanitizer later I finally got the medic to settle down.

SPC Lindsay Siegfried
Posted 6 y ago
I was on a guard shift one time with an older Afghani and his son, just the three of us in the tower. Somehow or another, the older Afghani (who unlike his son, spoke fairly reasonable English) started telling me a story of how his neighbor's wife had cheated on him, and he had found both his wife and her lover and shot them. He proclaimed it a "good job" and mentioned how nothing bad would happen to him, as the killings were considered totally justified.

To this, I explained what would have happened in America. ie: The man would have found his wife in bed with her lover, and he would have had to grant her a legal divorce, in which she would take half of his money and property and go live with the other man, while he continued to support her through alimony. The older Afghani became irate and started cursing, which confused the hell out of his son who didn't understand what I was saying (his father was too pissed to translate.) It took a solid ten minutes for the guy too calm down, at which point he relayed the entire explanation in Pashtu to his son, who I got to watch get as pissed off as his dad was.

SPC David Bosquez
Posted >1 y ago
We had an NCO who always talked a whole lot of crap on just about anything subject brought up. Me and one of my buddies were leaving our Office for the night when he comes running up behind us, chastising about us using our flashlights. Mind you, this was a black out FOB, so the only lights were on the latrine CHU's. He kept going on and on, and then he told us to turn them off. Laughing, we obliged him (right as we were coming up on a wooden bridge that crossed into our living tent areas). He began by saying, "It takes approximately 3-5 second for your eyes to adjust to the..."

He was promptly cut off by the sound of him sliding into the ditch and under the little bridge.