Is China Building Its Own Aircraft Carrier?

An unidentified hull in an advanced state of construction at Dalian shipyard could be China's first indigenous aircraft carrier
While a conclusive identification of the hull as an aircraft carrier cannot be made until work is observed on the upper decks and potential flight deck, the slow pace of assembly and outline suggests a military hull under construction

Satellite imagery suggests that China may be building its first aircraft carrier at Dalian shipyard in northern China.

Airbus Defence and Space imagery captured on 22 September suggests that the possible carrier is under construction in the dry dock associated with the refit and repair of Liaoning (CV16), the Soviet-era Kuznetsov-class carrier acquired from Ukraine that is now in People's Liberation Army Navy (PLAN) service.

The new hull, first noted under construction in imagery captured on 10 March, is in an advanced state of assembly.
Posted in these groups: 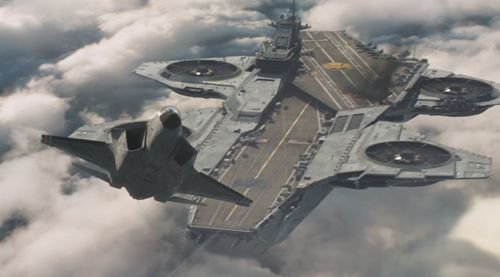 PO3 Michael James
Edited 5 y ago
Posted 5 y ago
Do we really want to underestimate ANY foreign power ?? Even those who appear to be friendly ?? Remember Dec. 7th 1941 ?? We are NO longer Loved or Appreciated by any foreign country...
(3)
Comment
(0)

On a slightly facetious note, the United States of America IS "Loved" and "Appreciated" by the government of North Korea because without a boogeyman to scare the populace with they wouldn't last 48 hours.

Remember "No country has friends just interests." and if you are looking for international gratitude you are going to be waiting a REALLY long time.
(1)
Reply
(0)

Capt Seid Waddell
Posted 5 y ago
Is this a surprise to anyone?
(2)
Comment
(0)

PO2 Mark Saffell
5 y
while we take the biggest and best out of action...The USS Enterprise...smart move on our part
(1)
Reply
(0)

PO2 Mark Saffell
5 y
while we take the biggest and best out of action...The USS Enterprise...smart move on our part
(1)
Reply
(0)

PO2 Mark Saffell
5 y
wonder why that posted twice...sorry about that
(1)
Reply
(0)
Show More Comments
Read This Next
RallyPoint Home