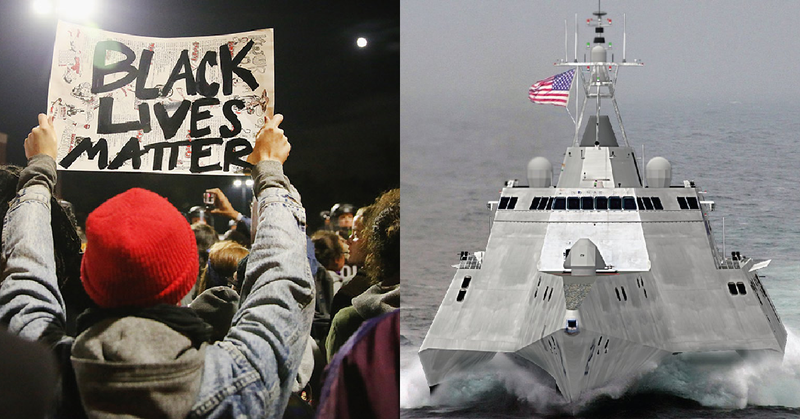 Posted from conservativetribune.com
Posted in these groups: 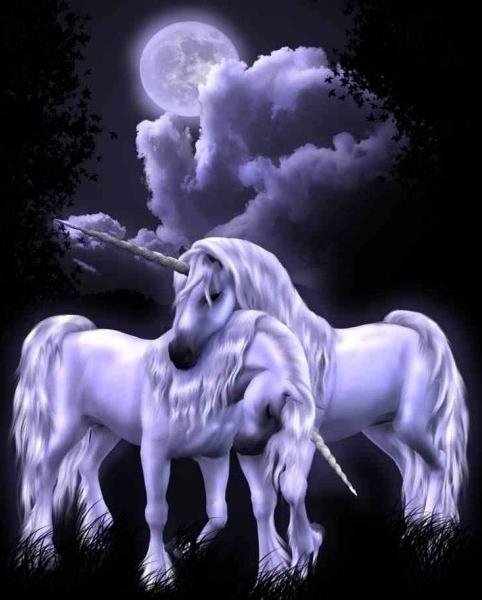 Dear BLM,
While I feel you started as a just and reasonable group, you're now becoming a victim of your own success. In this pic these two unicorns are named "Common" and "Sense". together they are something you're now operating without. You're loosing credibility through childish acts that serve no one....not even those who you're supposed to be helping. Before complaining, learn the regs that stipulate the naming of ships. Are they infallible no, but to know why it got it's name vs. going off over a name helps. Try to influence change using these unicorns and without the arrogance and hatred that some (a very select few) have running through their veins.
(66)
Comment
(0)
show previous comments

SSG Warren Swan
>1 y
SFC James Sczymanski - I have no idea, and that's fine. When I first read what you said I thought I had downvoted you, and I was like I don't downvote anyone. He's entitled to his opinion, and the downvote is an opinion.
(0)
Reply
(0)

MSgt (Join to see)
Posted >1 y ago
What a bunch of hypocrite morons. Who cares if you are offended. Really? Well, if you are offended by that then you should be offended by Washington on the $1 bill, Jefferson on the $2 bill, Jackson on the $20 bill, Grant on the $50, Franklin on the $100, and Madison the $5,000. After all, they owned slaves. And then you should immediately send all of those bills to me. I'll be more than happy to spend them for you. :)
(40)
Comment
(0)
show previous comments

Sgt Jorge Diaz
>1 y
I ts ridiculous how people claim to be of ended now days.... we should do like is is throw the weak from a bridge or high buildings...
(0)
Reply
(0)

PO2 Rev. Frederick C. Mullis, AFI, CFM
>1 y
SN Thomas Brown - Why is it a complete fabrication? LCS-6 USS Jackson. Third of the Independence Class. She joined the Fleet late 2015. Actually I can understand the Cherokee Nations concerns. Afterall it was Andy Jackson that was responsible for the Trail of Tears. I am waiting for the Navy to name a Guided Missile Destroyer the USS Sitting Bull or USS Crazy Horse.
(0)
Reply
(0)

SN Thomas Brown
>1 y
PO2 Rev. Frederick C. Mullis, AFI, CFM - The reason I said it was fabricated , was not because of the Naming of the ship, but rather the lies that BLM even cared. There were no protest or even mentioning it at all by BLM.
(0)
Reply
(0)

1stSgt Eugene Harless
Posted >1 y ago
If these social activists spent as much time volunteering to help kids with homework, coaching sports, and helping youths become responsible adults as they do bitching about names, flags and monuments there would be a lot less teens lying in chalk on a dirty ass street.
(28)
Comment
(2)
show previous comments

1stSgt Eugene Harless
>1 y
CPT Ahmed Faried - Police brutality is a concern for everyone. I think the biggest step that can be made is to teach our youth to not put themselves in a position where they are liable to be in a confrontation at all.
There is something every teenage boy should be told... There is nothing open between 10Pm and 4AM but legs and emergency rooms,, and you don't belong in either. My personal opinion is that Law Enforcement needs to have more body cameras have better force options then tasers, nightsticks, handcuffs, mace and firearms. There is less then lethal technology beingf researched like sticky foam, directional noise and heat rays.
Id rather see someone "spider-manned" with web foam then shot. No cop wakes up in the morning and says "I'm think I want to take a life today".
There is an issue across ALL races of sometimes deadly force being apllied to handicapped, the mentally ill or people under the influence of drugs or alcohol. These people don't deserve to die for putting their hand in their pocket, not being coherent enough to understand whats going on or simply being in the wriong place at the wrong time. No policeman should have to live with the fact that he killed a paniced teen that was worried about getting caught with weed in his pocket and tried to ditch it, making the cop think he was pulling out a weapon.
(1)
Reply
(0)