Do I have pee test? 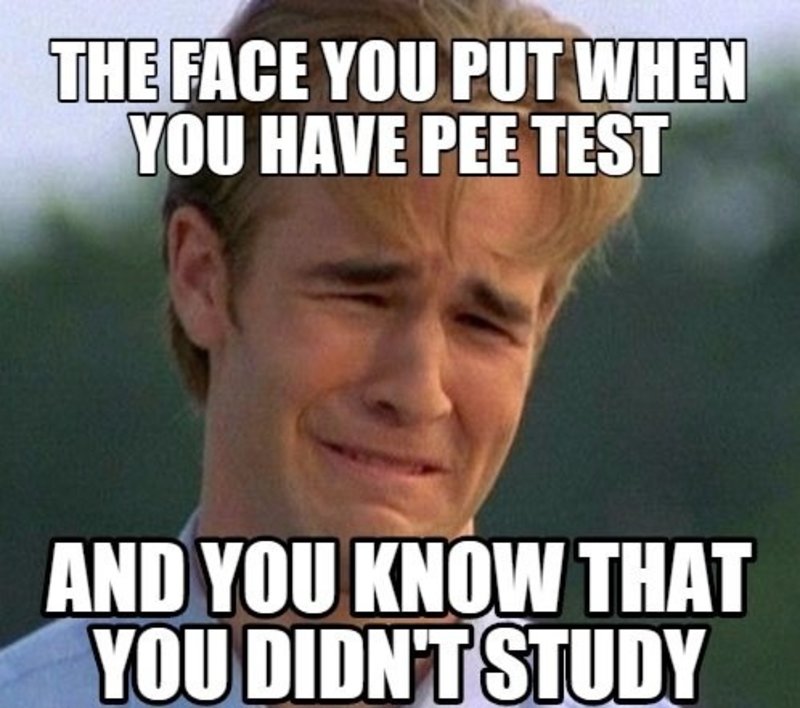 Do I have pee test?

Posted from mylposays.com
Posted in these groups:

SCPO Charles Thomas "Tom" Canterbury
Posted 4 y ago
My favorite "Operation Golden Flow" story is when I had recently reported onboard the USS FORT MCHENRY (LSD 43) out of Little Creek, VA at the time. Of course my name was on the first command urinalysis after I reported aboard, and we were in the shipyards so everything was being conducted out of the barge. So, like anyone who just wants to get it over with I got there right when it first started.

When coming back from providing my sample a small gaggle of junior Sailors had gathered to do their duty. Being the new Senior Chief I wanted to catch them off guard. When I got to the table where I signed the labels and roster I stated, "That was the weirdest urinalysis I've ever experienced. I've never had to take off ALL of my clothes before..."

LTC (Join to see)
Edited 4 y ago
Posted 4 y ago
Yes sometimes. In 2014 it was 3 times in a year, I can't get a COLA of 2.3% because the POTUS said so yet the F-35 is $160 billion over budget but we waste money seeing If we piss hot and the little training we get as reservists is wasted walking around with a piss bottle over your shoulder.
(2)
Comment
(0)

SCPO Penny Douphinett
Posted 4 y ago
I have 2 great memories. The first is from way back when the pee patrol was first getting started and I was stationed in Washington, D.C. I was 8 months pregnant and a shiny new Ensign was the observer who insisted in getting in a stall with me and shutting the door. It was a very tight fit and I was VERY pregnant with a very active baby who kicked the Ensign in the gut. She got very angry and I started laughing so hard it was a good thing I was in the head! She wanted to discuss this incident with my commander. Luckily, a pregnant LCDR from my division was also there and when she heard what happened she started laughing as well.

Years later, when I was on active stationed at a reserve center, we provided this "service" to the local reserve recruiting command where my husband was stationed. As the senior female, I always had the "honor" of being the female observer. I stood one day chatting with my husband, his CO and mine while waiting for the next female. My husband had just taken a sip of coffee when I was called and he spit it all over our 2 COs as I walked away saying "I've heard of spectator sports, but this one is ridiculous". Luckily, I heard nothing but laughter behind me.
(1)
Comment
(0)
Show More Comments
Read This Next
RallyPoint Home