The FBI says a sailor took illegal photographs of classified systems on the U.S. Navy's Groton-based, nuclear-powered attack submarine USS Alexandria and later tried to destroy the evidence when he learned that the Navy and FBI were investigating.

The Navy was alerted to the security breach when the town dump foreman in Hampton found a cellular telephone in a Dumpster and decided to keep it to replace his own. When he noticed that the phone contained photographs, he showed them to a retired Navy chief, who called the Naval Criminal Investigative Service.

Federal authorities did not respond to questions about the case, including what, if anything, investigators think Saucier intended to do with the photographs. A government affidavit filed in court said Saucier admitted that the photographs were found on his telephone, but denied taking them.

Saucier served as a machinist's mate aboard the Alexandria from September 2007 to March 2012.


The Alexandria is a Los Angeles, or 688-class, attack boat designed to hunt and destroy enemy submarines. The attack submarines, which also have been used in top-secret intelligence missions, date to the 1970s but remain an important element of the U.S. fleet.

About half the class was built in Groton by the Electric Boat Division of General Dynamics. The submarines' design and performance characteristics remain classified.

Naval and FBI investigators said in court filings that Saucier's telephone contained photographs of the ship's reactor, reactor compartment and maneuvering compartment, where the nuclear power, steam and electrical systems of the submarine are operated and monitored through control panels.

The investigators said that photographs of the control panels were of such clarity that gauges could easily be read, revealing the Alexandria's position at the time of the photograph, as well as its maximum speed, which is classified. An engineer reading the photos could "determine significant design characteristics of a U.S. nuclear submarine, including its reactor plant," the investigators said.

Saucier told his grandfather that, when the computer stopped working, he used it for target practice, according to a law enforcement affidavit.

He is free on $100,000 bail and is scheduled to appear in court on Monday in Hartford. If convicted, he faces maximum penalties of 10 years and a fine of up to $250,000 for unauthorized retention of defense information and 20 years and a $250,000 fine for obstruction of justice. 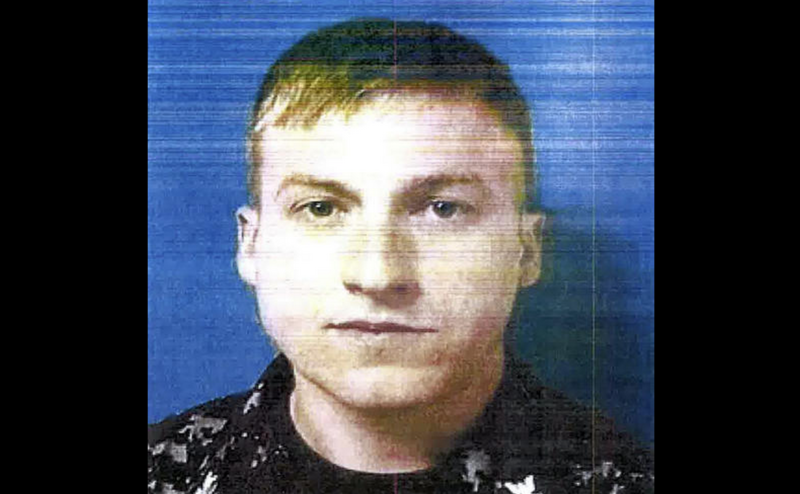 PO1 (Join to see)
Posted >1 y ago
Why would you throw a phone away without wiping it first? But to have those types of pictures....well I'm at a loss for words....
(10)
Comment
(0)
show previous comments

MSgt Curtis Ellis
>1 y
Maybe the town dump was a drop off spot... Just the wrong guy picked it up... Not saying this to be funny, but in cases like this, anything is possible...
(3)
Reply
(0)

LCDR Rabbah Rona Matlow
>1 y
PO1 (Join to see) - there were no cell phones in my submarine days, so I can't answer that. I can tell you that on Surface Ships, we had all matter of comm gear that was unsecure, in secure spaces...

SGT Randal Groover
>1 y
LCDR Rabbah Rona Matlow - Sir, No matter how many apples you pick, there is a bad one in every bunch.
(3)
Reply
(0)

PO1 Donald Hammond
>1 y
Even before cellphones, we had the rules about no cameras. But I know people snuck them back to take pictures. Only way to stop it was to catch them redhanded. Of course back then we would have just taken the camera, pulled out the film, and made him clean the bilges for a good long while.
(4)
Reply
(0)

SCPO David Lockwood
Posted >1 y ago
He needs to go through legal processes. God bless him if he did this with malicious intent.
(8)
Comment
(0)

MSgt Curtis Ellis
Posted >1 y ago
Cell phone, laptop and a camera with illegal photographs of the inside of a classified US Navy nuclear powered attack submarine, then trying to destroy said evidence after learning the FBI was investigating him... No, I don't think he intentionally did anything to harm the U.S. or had any intentions to aid foreign nationals... LOL! Yeah, right...
(6)
Comment
(0)
Show More Comments
Read This Next
RallyPoint Home