A Boomer’s Perspective on Millennials in the Military 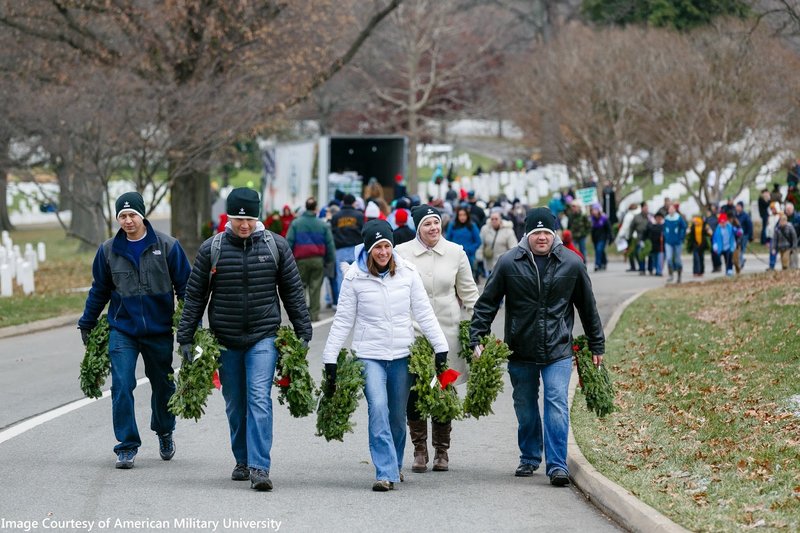 As a Baby Boomer, I tend to sit on the fence regarding my views on Millennials, but as one who is also only three years shy of being a Gen X-er; I tend to move easily between the two generations of thought. For example, I generally take a more heterogeneous view on social and cultural diversity, whereas Boomers, especially those born shortly after WWII, tend to have a more homogeneous perspective. I realize that this is the type of stereotyping that goes hand in hand with most generational biases, and someone out there is already disagreeing with me, but that’s okay. Such differences are one of the many things that make our country great.

The majority of today’s active-duty force and veterans are products of the millennial generation, shaped by their environment and combined social experiences. For example, Millennials have experienced the bombing of the World Trade Center, over ten years of war in the Middle East, the housing and banking bubble, and the Great Recession.

There are numerous opinions on Millennials in the military, ranging from their obsession with social media to their liberal political views. Like their civilian counterparts, they are often described as a lazy, self-centered, and privileged generation. In the workplace, Millennials are often portrayed as putting in the bare minimum of hours, and driven by the self-absorbed notion that they should be promoted overnight. I work with numerous Millennials, some of whom have served, and couldn’t find this sentiment to be further from the truth. My experience is that they are actively engaged in meaningful social causes and are typically among the first at work to contribute their free time and money toward a worthy cause. One could also argue that being strapped with the nation’s debt created by past generations or being subject to a retirement system dependent on the whims of today’s financial markets isn’t “privileged” at all.

What is clear, whether you are talking about the Greatest Generation, Boomers, Gen X-ers, the Net-Generation, or Millennials, is that they all share a love of country. Millennials are no different.
I have the honor of visiting veterans and servicemembers throughout the country, and with each encounter, I leave with a great sense of pride about the young men and women from this generation. Millennials join the service for many of the same reasons as others before them: to seek adventure, grow up, get a job, serve others, and satisfy a deep sense of patriotism, especially for those who joined after 9/11. This is no different than those from the Greatest Generation flocking to recruiting centers after the bombing of Pearl Harbor. They felt a patriotic duty to join.

The future for millennials in the military is as bright as that of any preceding generation. Women are breaking barriers by joining the exclusive military communities of Navy Submariners and Army Rangers, and, as the first digital natives, Millennials are perfect candidates to combat the growing threat of cybercrime.

Millennials question authority more than generations of the past, and texting and engaging on social media comes naturally, but no one should doubt that this generation is any less patriotic than previous ones. The heroic stories of self-sacrifice by this generation on the battlefield and the endearing sense of optimism by those Millennials wounded in recent wars are humbling. One need look no further than the heroism and selfless sacrifice of three servicemembers who recently stopped a terrorist gunman from killing and injuring countless people on a train in France.

As our country prepares for this Veterans Day, we not only take time to reflect and honor the accomplishments and sacrifices of those who came before us, but to also recognize today’s servicemembers and veterans. No matter how you choose to spend this holiday, one thing is for certain, we can all sleep at night knowing that we are still in good hands.

About the Author
John Aldrich is Vice President of Military, Veterans & Community College Relations at American Military University (http://rly.pt/2kX2yxZ) where military and veterans of many generations attend to further their educational goals and help transition to civilian life.
Posted in these groups:

MSgt James Mullis
Posted >1 y ago
Good article. However, I disagree with one point made in the article, that being "Millennials question authority". While this has become almost a cultural meme, in my experience what really happens is that Millennials tend to "defer to experts and/or the group consensus". This is similar but not the same as "questioning authority". The hippies of the 60's questioned authority when told to do something, the Millennials tend to look around them and go along with the majority. Try this experiment the next time you're in a group setting (I used to do it while teaching classes), ask a Millennial his opinion on any subject. He or she will begin answering while looking to each of his peers for validation. You can often see their position change based on the looks of his or her peers.
(6)
Comment
(0)

Capt Mark Strobl
Posted >1 y ago
The "next gen's" will always come under scrutiny from the Archie Bunkers of the world. In some ways, they've proved us wrong. And, they've proved us right. Embrace 'em... despite any criticism, they define our future.

Capt Craig Gilman
Posted >1 y ago
Overall, I agree. Each generation has to deal with the generational bias of the preceding generations, all of whom seem to think they are the "greatest." I do not fret our future concerning Millennials. It will be interesting to see if they can do a better job than today's politicians (how is that for a stereotype?) :-)
(3)
Comment
(0)

PO3 John Aldrich
>1 y
I think they will make great politicians. They will, after all, administer our retirement. :)
(0)
Reply
(0)
Show More Comments
Read This Next
RallyPoint Home