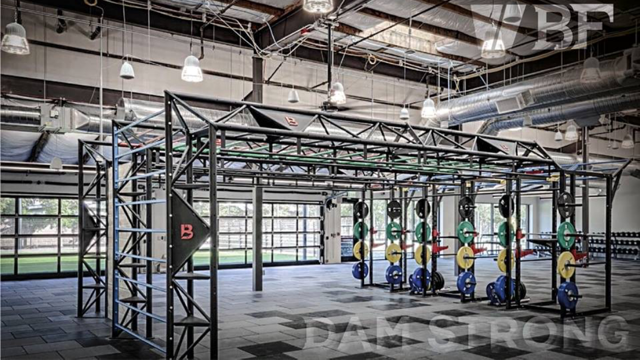 Two years ago when Alex Roodhouse and Mike Taylor, both former Navy Riverines who met in Iraq, started BeaverFit, USA, they faced the same challenges that many small businesses do. Where was the start-up money going to come from? How are we going to distribute the product? How soon (if at all) will the business be profitable? These were just a few of the many obstacles they had to overcome, and they approached these challenges with the resilient attitude and willingness to sacrifice they learned in their time in service. Now just two short years later, the company and its flag ship product, the Performance Locker or FOB Locker, is now thriving and poised for more growth.

The idea for the product began with the company’s namesake, Tom Beaver. He was working at his family’s bridge building business in the UK and created a rig for himself to train for the Arch to Arc Triathlon. A few years later, by way of some contacts he had from his days going through the grueling 23 SAS Reserve selection process, the British Army became aware of the product, liked it, and placed the first order for a training rig for the British Special Forces in 2010. A short time later, Roodhouse and Taylor teamed with Beaver to introduce the products here in North America.

With the high pace of deployments and the lack of quality fitness equipment at remote forward deployed locations, the lockers, (which are shipping containers of various sizes), became a hit with the troops. The days of sand bags on the end of tent poles were now replaced by quality bumper plates and Olympic bars that can be easily packed up and shipped out with units on deployment. Replete with custom fabrication to store and anchor the rigging and fitness accessories such as rope climbs, cargo nets, dip bars, pull-up bars, etc., the products are emblematic of the military’s adoption of a more functional approach to fitness.

Of the similarities to their time in preparation for Iraq to starting a business, Taylor says, “That was definitely a start-up atmosphere. We had this ‘just-figure-it-out’ attitude. There were no standard operating procedures. There was no personnel pipeline. It was just us and a bunch of other guys doing our own research, running our own training missions, and then deploying to Iraq. It was different every day.”

“The start-up world is very similar,” he says. “One day it’s figuring out how to import products, the next it’s shipping out products with the right military shipping labels. Every day it’s something different. So, just like in the Navy, it’s, ‘OK, we’re going to hunker down, come up with a plan, and once that plan doesn’t work, we’re going to figure out a way to do it better.’”

“When we did our mission planning in Iraq, we had 48 guys, four Humvees, and four boats,” Roodhouse says. “We would literally analyze every possible detail, but the second we left the wire, the plan changed. You knew it was going to change. The whole reason you did it was not so that you had to stay married to it, but so you had known points to deviate from. That’s exactly what we’re trying to do with BeaverFit.”

If you’d like to chat more about BeaverFit, please feel free to reach out to me!
Posted in these groups:

MAJ (Join to see)
Posted 5 y ago
great story and entrepreneurial spirit. Is their an 'entrepreneurs corner' or something similar here on RP?
(4)
Comment
(0)

Kanika Misra
5 y
Hi Justin! We do have almost 600 members as part of the "Entrepreneurship" group here: https://www.rallypoint.com/topics/entrepreneurship . Would be a great place to share any information, or ask any questions from fellow vets & SMs interested in entrepreneurship :)

A live Q&A where U.S. military members and veterans discuss and evaluate Entrepreneurship.

MAJ (Join to see)
5 y
hey mods - is it possible to establish a thread or something where ent's can list out what they do, and what they are looking for. An RP classified of sorts where we can lock shoulders/form relationships/partnerships with other military (RallyPoint) entrepreneurs for assistance, advice, and practical networking - not just social media relationships but to find people and mil businesses that can help e/other through joint-advertising/marketing, mentions, website/FaceBook links, connections. I say this as I am involved w/a start-up and our biggest problem is not bringing digital products to market, but in simply getting our product in front of customers.
(1)
Reply
(0) 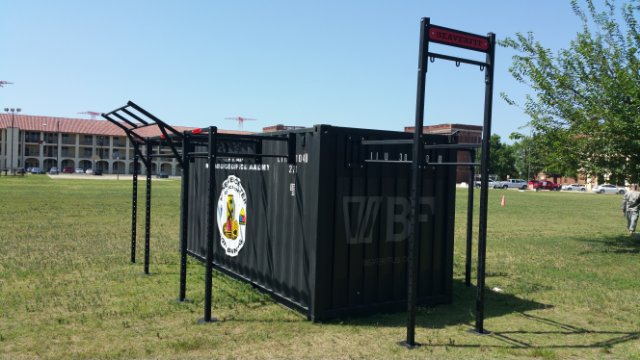 Capt Brandon Charters
5 y
This looks like a gym I would actually use! Much more enjoyable for me to be outside while working out.
(1)
Reply
(0)

MAJ (Join to see)
Posted 5 y ago
Special Operations is often the benefits of the new toys, and sometimes the big branches adopt them.
(2)
Comment
(0)

Sgt Scott Wing
5 y
Ken, much of our success to date has been with MWR Fitness Centers in support of the USMC HITT program. We're making an effort this year to reach Army MWR Fitness as well as operational units, reserve units, and National Guard.
(2)
Reply
(0)

MAJ (Join to see)
5 y
Go to Special Ops. They want the coolest things and rugged things. They have nice fat budgets, and become inadvertent testers of the product. Would you email me a picture of the products? [login to see]
(0)
Reply
(0)