Congress, court weigh requiring females to register for the draft 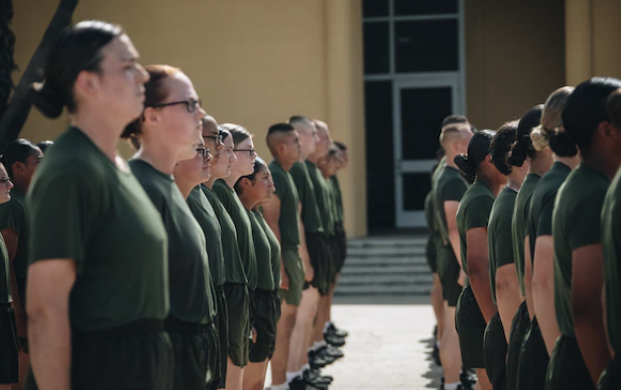 The year after the Soviet Union invaded Afghanistan in 1979, President Jimmy Carter issued an executive order reinstating the requirement that men turning age 18 register for the Selective Service System and keep this information updated through age 25. At the time, Carter also said Congress should amend the Military Selective Service Act (MSSA) to include women in this process.

The law didn’t change, and still only men must register for the draft, which the nation has not had since 1973. And in the 40-plus years since Carter’s order, the now all-volunteer military force has evolved in important ways.

Females now make up nearly 17.4% of the active duty force. The most recent Department of Defense (DOD) data shows that of the 1,349,826 individuals serving in the Army, Navy, Marine Corps and Air Force, 234,685 are women. In the post-Sept. 11, 2001, wars in Afghanistan and Iraq, in particular, more women served in combat roles. In 2015, DOD formalized the full integration of women in the armed forces, including into combat roles.

Supreme Court petitioned these and other recent developments have renewed pressure on Congress and the White House to revisit the issue that Carter raised four decades ago.

The American Civil Liberties Union — in a petition filed on behalf of the National Coalition for Men and two males and backed by national women’s rights and legal organizations, female and LGBTQ military and Veterans’ groups, former military leaders and others — is arguing that the Supreme Court should hold that the sex-based registration system under the MSSA is unconstitutional under the Fifth Amendment’s Due Process Clause. The ACLU is not, however, asking the court to require women to register for the Selective Service.

That recommendation was made by a commission Congress established to study the military Selective Service system and other aspects of public service.

“After extensive deliberations,” members of the 11-member National Commission on Military, National and Public Service said in a 255-page report published last March, “the Commission ultimately decided that all Americans, men and women, should be required to register for Selective Service and be prepared to serve in the event a draft is enacted by Congress and the President.”

Wada, a former assistant secretary of the Army for Manpower and Reserve Affairs, testified in March before the Senate Armed Services Committee about this and the commission’s many other recommendations to improve the military and national service system. Members of the commission are expected to testify before the House Armed Services Committee this month.

In addition to including women, the commission recommended that policymakers take steps to make the military Selective Service fairer and more transparent so registrants understand their service obligations. Wada said the panel found that the largely automatic system of registration has led to some not knowing what it’s for. More than half of 16- to 24-year-olds surveyed by DOD in 2019 weren’t aware the military Selective Service is to draft forces during a national crisis, the commission found.

Given that lawmakers are studying these issues, the Biden administration is asking that the Supreme Court deny the ACLU’s petition. No action would let stand a 1981 decision in Rostker v. Goldberg upholding the men-only registration system under the MSSA.

Preferring to let the legislative branch decide the issue, President Joe Biden’s Acting Solicitor General Elizabeth B. Prelogar told the court in her brief that “Congress’s attention to the question may soon eliminate any need for the Court to grapple with that constitutional question.”

One bipartisan group of lawmakers would grapple with the question by scrapping the military Selective Service system, viewing it as costly and unnecessary given the nation’s reliance on an all-volunteer military.

“I’ve long stated that if a war is worth fighting, Congress will vote to declare it and people will volunteer,” Paul said in a statement.

History doesn’t bear this out, countered Wada. Even the military enlistment surge in the post-9/11 period, she noted, eventually waned. The military Selective Service — expanded to include women — is still the fairest and most equitable way for the nation to quickly assemble the skilled personnel needed in a crisis.

Watch the commission present its findings to the Senate Armed Services Committee on March 11: https://rly.pt/3eUnrIL
Posted in these groups:

SFC (Join to see)
Posted 4 mo ago
Honestly they should just scrap it. It doesn't provide any kind of service. But if they're going to keep it, make women register since there's no longer combat exclusion policy.
(16)
Comment
(0)

SGM Erik Marquez
4 mo
SFC (Join to see) "Honestly they should just scrap it. It doesn't provide any kind of service."
Can you provide some context or expand on that statement, please?
As the Draft is especially FOR providing servicemembers to the nation when not enough volunteer. So the very design and intent of the Draft conflicts with your position stated unless there is more to your point.
(5)
Reply
(0)

PFC (Join to see)
4 mo
I agree with the last part of your comment. Yes women should now have to register just men do.
(1)
Reply
(0)

SFC (Join to see)
4 mo
SGM Erik Marquez - Technically we haven't had a draft since Vietnam.

"In addition to including women, the commission recommended that policymakers take steps to make the military Selective Service fairer and more transparent so registrants understand their service obligations. Wada said the panel found that the largely automatic system of registration has led to some not knowing what it’s for. More than half of 16- to 24-year-olds surveyed by DOD in 2019 weren’t aware the military Selective Service is to draft forces during a national crisis, the commission found."

Most people don't even know it exists.

If we get to the point we have a war that an all volunteer force can't sustain fighting- we're probably screwed. It's likely then nearing the end of this experiment and it's everyone for themselves.
(0)
Reply
(0)

SSgt (Join to see)
Posted 4 mo ago
If Iraq didn’t cause a need to utilize the draft, I don’t see us needing the draft again. Just my opinion.

If we are going to keep it though, the draft should involve both men and women, but it should only be utilized in the event that we are directly being attacked. We don’t need to draft US citizens to fight other countries wars. Period.
(13)
Comment
(0)
show previous comments

SGT (Join to see)
4 mo
Are you under the belief there is little to no chance of a future war with a super power? Iraq would in no way compare with an all out war with China, Russia or both.
Were WW1 and WW2 other countries wars that we had no need to enter?
(4)
Reply
(0)

SGT (Join to see)
4 mo
I have no doubt the U.S. Government knows who is out there eligible for the draft without the selective service information. Yes Ladies should be included since they are no longer prohibited from combat duties.
(3)
Reply
(0)

SGT Gary Tob
1 mo
Let Congress Declare War BEFORE we even think of any no win "conflicts".
(2)
Reply
(0)