Increases in Guard Training Days, Will This Undermine Unit Strength? 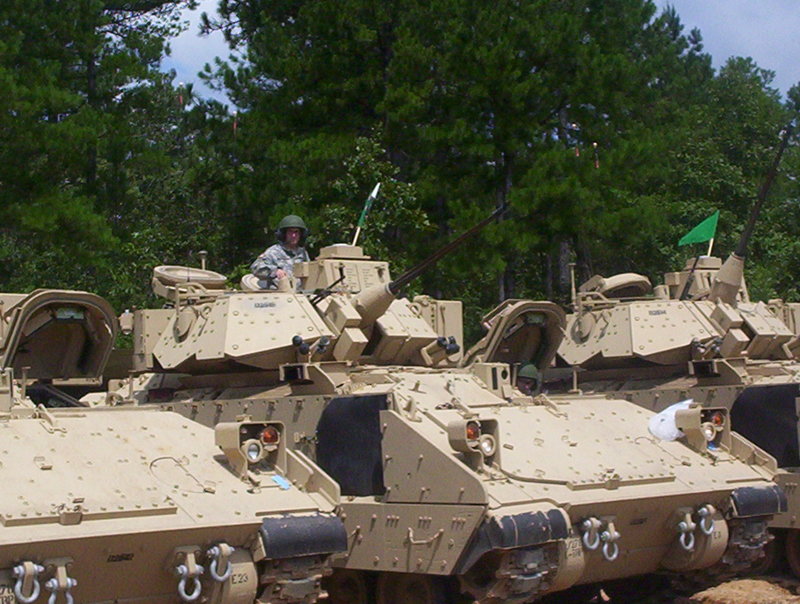 On December 14, the Center for a New American Security held a national security forum during which the discussion turned to the increase in the readiness and training of National Guard units. Army Chief of Staff, General Mark Milley, brought up the fact that the standing army would be reduced by 40,000 troops to approximately 450,000 troops by 2018, subsequently forcing commanders to increasingly utilize the National Guard as part of the standing force. The proposed increase in training could be between 60 and 100 days, up from the current 39 days a year.

This is the meat behind what has been discussed most recently on this topic. The soldiers who would be affected by this exist in a world outside of official discussions and higher rankings. As many guardsmen know, they do not all work for the “outstanding” paycheck they receive for their training days. Many of these soldiers actually lose money on drill weekends, as their full-time civilian jobs pay more than they can ever get under the military pay scale. Taking this into consideration, it is easy to realize that most of these same soldiers who take the pay cut for drill weekends are also not the new, lower-enlisted, and younger soldiers; rather, these are the experienced old timers who make up the core of the leadership at the unit level.

Now, imagine the impact on these guardsmen if training days were to be increased to 100 days a year, the number of soldiers who would ETS and refuse to re-enlist due to the impact upon their civilian employment must be taken into account. The assumption that increasing the training days in order to enhance the process for deployment of part-time soldiers is substantiated by the fact that, on average, it takes 120 days to train-up a guard unit prior to deployment. Increases in training days, therefore, lowers this preparatory period.

However, the loss of experienced soldiers, primarily senior NCO’s would have a detrimental impact upon the overall effectiveness of the unit. Therefore, the option of increasing training days in order to replace the manpower lost by downsizing needs to be considered very carefully. National Guard soldiers are part-time for a reason. Pushing the envelope of making guardsmen become more than part-time will undermine the intent of increasing the training in the first place. This is not to say that training days should not be added in order to better prepare guardsmen in greater detail, or that 120 day pre-deployment phase should be lowered; rather, that the choice needs to be made without pushing the National Guard into a corner by increasing training days to a position where the core of their strength is driven out of service.
Posted in these groups:

MAJ (Join to see)
Posted >1 y ago
I'm fortunate in that I actually make money on IDT weekends, where many of my troops do not. With that being said, I already dedicate 10 hours or more a week outside of IDT periods just to accomplish my duties. With my demanding civilian career and graduate classes its already tough to balance everything. Increasing our training days to this extent is going to make that even harder.

If anything we need to reexamine our admin training requirements. My Company spent the first 4 months of my command preparing for a COMET inspection. We didn't even start focusing on Infantry training until after that. Those are training days we'll never get back.
(7)
Comment
(0)

MAJ (Join to see)
Posted >1 y ago
Some employers will give them crap for training more.
(4)
Comment
(0)

SPC Kenneth Morgan
3 y
Actually, most employers will give them crap for training more.
(1)
Reply
(0)

SGT (Join to see)
Posted >1 y ago
I've been with the guard a long time now. Going on a decade. It makes me miss active duty but being an older dog it lets me still be a soldier without completely breaking me off.

That said, if the demands are increased its going to run a lot of good soldiers out. There's an understood balance struck with a citizen soldier. When called they respond ready, but otherwise they continue as civilian soldiers. Less financially draining and less immediately needy compared to active duty. But if you're going to eat into their civilian lives there needs to be more dispensation for them.

I just got back from a year long deployment and already my unit is training for a joint op with NATO this summer over seas. But they can't even give us a drill schedule because we haven't secured funding for the train up.

Can waste money on a show of force exercise but can't afford to pay us train for it?

Big army needs to reel in its reality a little.
(3)
Comment
(0)
Show More Comments
Read This Next
RallyPoint Home