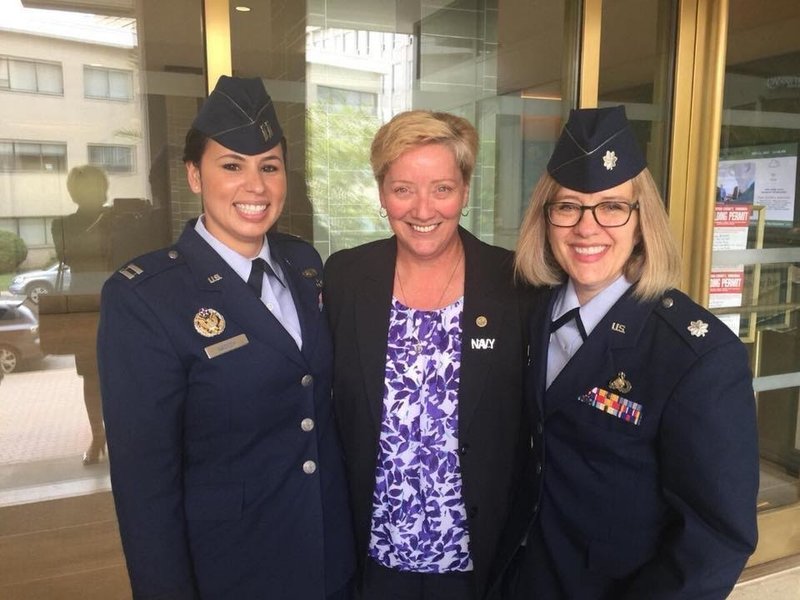 Women are currently the fastest growing sub-population of today’s greater veteran community. To put it in perspective, while the overall percentage of veterans in the United States is declining, the percentage of women within that number is growing. We need to ensure we are prepared as a community for the changes that will be happening in the next few years.

To really be able to address this in our local, state and federal communities, we need to better understand what this new veteran landscape looks like. Bottom line, women veterans outpace our peers in just about any demographic measured. We outpace both non-veteran women, and often outpace our male veteran peers.

After separating or retiring from the service, women veterans experience trends unlike veterans of other service eras. We tend to earn money than non-veteran women, work in higher levels of management and earn more college degrees. In this respect, our statistics are surprisingly high.

But these high statistics don’t stop there, compared to male veterans and non-veteran women, we also lead in almost every negative demographic.

After service, women veterans overwhelmingly diverge into 2 extremely disparate groups, those that are successful, and those that face challenges unlike any other veteran population in our nation’s history. It’s becoming increasingly important to tell this story of what the women veteran population today really looks like, so we can be better be prepared for the next few decades, and before the issues become harder and harder to address.

However, there are many other women veterans we don’t see. And this makes it more difficult to understand the challenges we currently face. We have an increased chance of becoming homeless compared to male veterans. I remember first hearing the term “couch surfing”. These are the women that are technically homeless, because they move from friend to friend, but aren’t technically considered part of the homeless population.

Compared to non-veteran women we are almost twice as likely to be divorced, and we are three times more likely to be a victim of intimate partner violence.

Finally, 1 in 5 women report having been a victim of Military Sexual Trauma. Based on the most recent DoD report, this statistic appears to be climbing.

Here’s the most critical point - most women veterans experience often face not one, but multiple negative trends creating an exponential impact. This then exacerbate into an almost stew like situation, making it increasingly harder to address. To be effective at addressing these situations, we need to get in front of the root cause, and focus on prevention rather than response.

Support from the RallyPoint community critical. While we can provide initiatives and programs, it will also take each and every member of our community to start seeing women veterans as both successful and as challenged. By increasing awareness and acknowledging the current state, we will be better prepared for the next steps. Whether it’s reaching out one-on-one in your local community or via RallyPoint, or supporting a larger initiative, we all will play a role in developing the future of the veteran community.
Posted in these groups:

1LT Peter Duston
>1 y
Glad to read. Proud of my daughter who serves with the Maine Army National Guard as a flight paramedic with three Air Medals.
(1)
Reply
(0)

MSgt Stephen Council
Posted >1 y ago
Lt Col (Join to see) Hey, my wife gas been an Air Force Veteran since 1984. Proud that she has put up with me for 36+ years. She is also a veteran of the hardest job in the Air Force Air Force Wife, Mother, Superhero! My daughter is a former USAF Major, and a Veteran who is currently pursuing her PHD in Psychology. Can you tell how proud I am of both of them?
(5)
Comment
(0)
Show More Comments
Read This Next
RallyPoint Home