Pearl Harbor — Then and Now 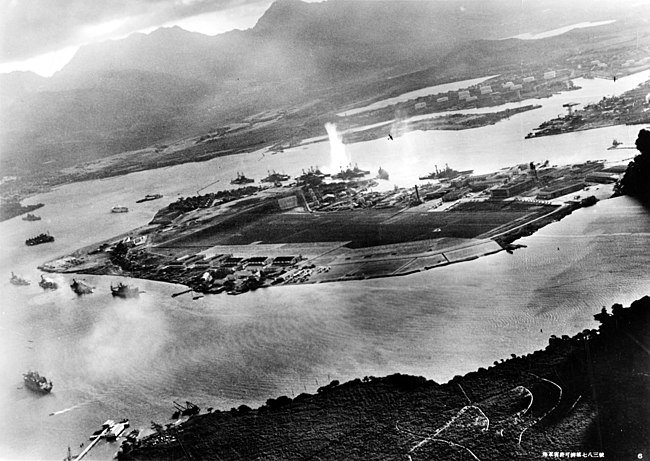 78 years after the attack on Pearl Harbor, we remember President Franklin Delano Roosevelt profound words to both the Congress and the nation:

“Yesterday, December 7th, 1941 — a date which will live in infamy — the United States of America was suddenly and deliberately attacked by naval and air forces of the Empire of Japan…I ask that the Congress declare…a state of war…between the United States and the Japanese empire.” [https://rly.pt/2P1mZeZ]

The attack on Pearl Harbor fully pulled the United States into World War II — and fundamentally changed the trajectory of our history — then.

But what should the attack on Pearl Harbor mean to us — now?

To answer this question, I am not only drawn to the geopolitical impact of Pearl Harbor and World War II: The events that served as the back-drop for the creation of the rules based international order — an order under threat from Russia and China today.

I am also drawn to the story of the individual sailors who survived the attack — and how their life walk can inform this question.

This brought me to Lauren Bruner.

At 7:55 am on the morning of December 7th, 1941, Bruner was a 21 year old sailor aboard the USS Arizona. Bruner woke up to a hail of gunfire from Japanese “Zeros” and was among the last to escape from the Arizona — which, shockingly, sunk in only 9 minutes. [https://rly.pt/2RotsCh]

With fire in the water due to the oil leaking from the USS Arizona, Bruner, and six of his remaining fellow shipmates, were forced to escape the vessel via a rope attached to a nearby ship moored in the harbor. Carrying himself hand-over-hand away from the carnage of the Arizona, Bruner also began carrying the events of that day for the rest of his life.

Today, Bruner, after living a full 98 years of life, will be the 44th and final servicemember to be interred on the USS Arizona. Bruner decided that his final resting place should be where his adult life began — simply stating: “I thought…all my buddies are right here.” [https://rly.pt/2RotsCh]

Bruner’s elegant reasoning informs what the events at Pearl Harbor should mean to us today.

His words demonstrate what is most important in life — not only in one’s personal life but also one’s civic life: The intimate connections formed through shared experiences and community. These are the experiences that should form the basis for our larger, more institutional things of life — not the other way around.

In other words, Bruner did not decide to be interred on the USS Arizona because he was in the Navy. He decided to be interred there because “his buddies are right there.”

This is missing in our national experience today.

Today, we start our conversations at the country-level — not the community-level. We debate “the macro” — not “the micro.” We lament “the large” — not “the local.”

When, in fact, it should be the other way around.

We need to flip the script and put our towns, our communities, our localities first. Indeed, the viability of our experiment in self-governance will continue to come into question if we do not make these intimate, local, community-based experiences both more robust and the basis for how we conceptualize our national life.

Our towns and communities must become again the foundation of our country — not the other way around. Through his final act, Bruner reminds us that it is these intimate relationships that are enduring.

And we, today’s Veterans, know this well.

The heroism shown on the battlefield is never for some Admiral or General — or even the institution itself. Heroic acts are due to those on the left and right of us — fighting for each other and, thereby, fighting for the whole.

So, as Bruner's ashes are placed aboard the USS Arizona during a sunset ceremony today on the 78th anniversary of the attack on Pearl Harbor, let us remember that, for our Republic to long endure, we must start with “our buddies right there” on the left and right of us — our towns, our communities, our neighbors.

This is what makes a country.
Posted in these groups: